Student Senate held its first formal meeting of the year on Monday, September 9. The newly-elected Senators and Officers in the Class of 2023 were announced and sworn in, vacant Senator and Officer positions in the remaining classes were filled, and Affinity Group Leaders and Committee Chairs assumed their positions. Also, Dean Julie Ramsey attended the meeting and gave updates about plans for a new residence hall on campus. 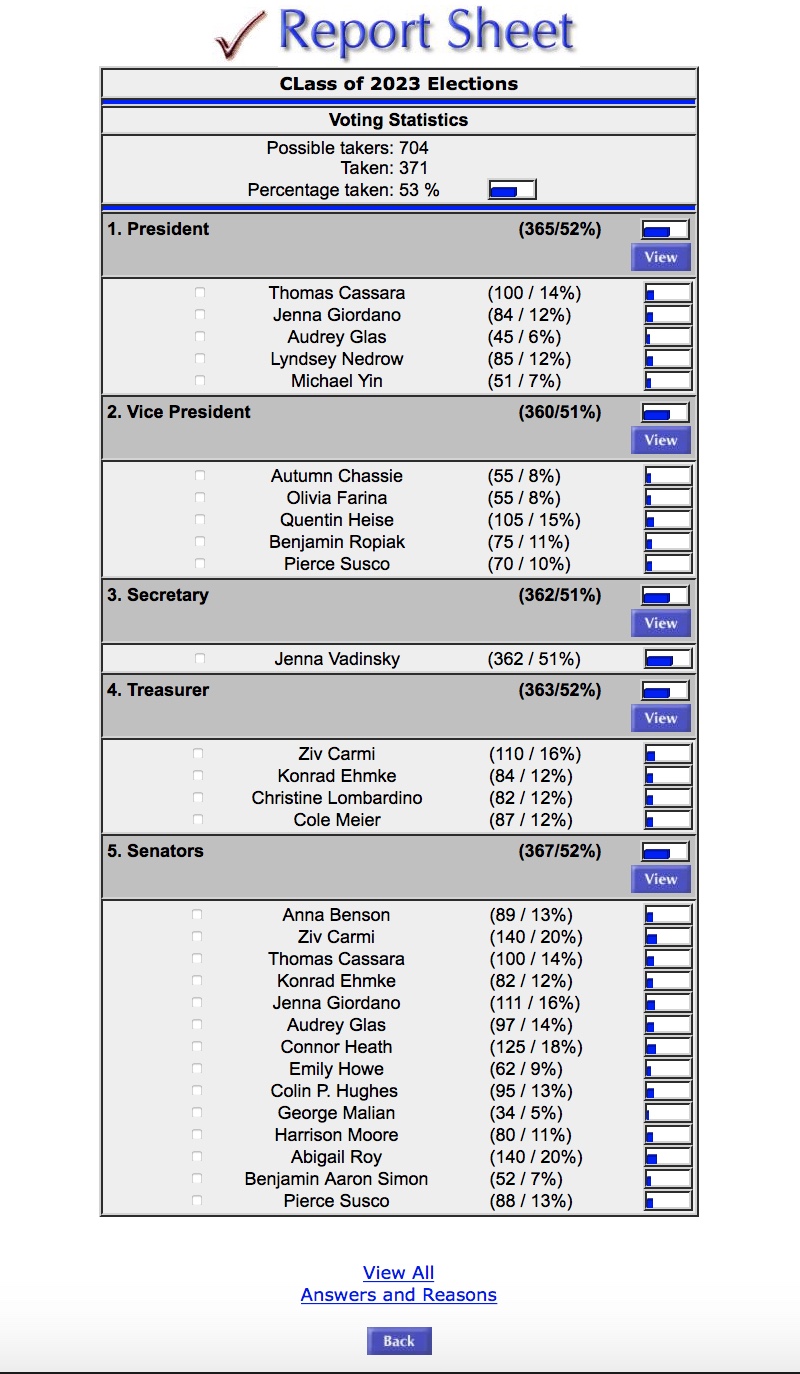 Senate President Pat McKenna ’20 started the meeting by noting the high voter and candidate representation in the Class of 2023 Senator and Officer elections from this past week. 53 percent of the Class of 2023 voted in the election, which had 15 Senate Officer and 14 Senator candidates within their class. Senate Vice President Jack Lashendock ’20 pointed out that past elections have had a turnout of no more than 33 percent.

“We’ve never had such a strong turnout, so thank you to all the first-years,” McKenna added.

The results for Class of 2023 Senate Officers are as follows:

Newly-elected Senators of the Class of 2023 are as follows:

Seven Senators at Large were chosen from the Class of 2023 Senator candidates to fill possible future positions:

The Classes of 2020 and 2021 each needed two new Senators after vacancies from the spring elections. Rebekah Riley ’20 and Ethan Sigman ’20, Melanie Pangol ’21 and Matthew James ’21 were appointed by McKenna to the roles. Callie Fucarino ’20 was chosen as President of the Class of 2020. She will appoint the remainder of the class officers. (There were no candidates in the election last spring.)

Affinity Group Leaders, who represent a segment of clubs and have full voting rights, were also announced during the meeting.

Affinity Group Leaders are as follows:

Once all the positions were announced, Dean Julie Ramsey came forward to formally swear in the newly-elected Senate members.

McKenna then described the plans for Senate onboarding for all new Senators and the necessary handouts that will be given out to the voting body as well as beginning talks of planning Budget Management Committee training days.

Dean of Students Julie Ramsey was in attendance at the meeting to address rumors about the construction of a new residence hall on campus.

“That rumor is true,” Ramsey said. “The key word is planning.”

The plan is to finance the hall through the debt market. Initially, the hall would house students from current first-year halls Paul, Rice, and Stine, which each require 6-9 month renovation projects, and then ultimately to house at least 150 sophomores and juniors. This hall would be located across the street from Apple Hall and the Jaeger Center, and the college is already beginning discussions of expanding pre-existing parking lots.

The Board of Trustees has yet to approve the entire project, but Ramsey said that the project — including the new residence hall and renovations of first-year residence halls — could to take 10 to 12 years.

Ramsey also brought up a proposal made last year by a joint committee of staff members from the library and the Department of Public Service (DPS) to end the library’s 24-hour schedule and instead close the library at 1:00 a.m. and reopen in the morning.

The proposal was grounded in research done by the library about the number of students utilizing the library and its resources in the late hours, defined by the Dean as 2:00 a.m. to 5:00 a.m. The committee believes that students could use the College Union Building (CUB) in the late hours, which would minimize the amount of security and energy used to power the lights and run heat in a smaller space.

Some students expressed concern with this proposal, the chief complaint being that there are currently no printers or computers readily available in the CUB.

Senate will meet again next Monday at 7:00 p.m.