Stories from the Class of 2023

President Bob Iuliano was officially installed as Gettysburg College’s fifteenth president this past weekend, about one month into classes for the 2019-2020 academic year. Also new to campus are members of the Class of 2023, first-years who are already making their marks and experiencing the same acclimation to the new community as President Iuliano. Four of these students told us their stories–from their decision to apply and attend Gettysburg to their current endeavors as fully-formed members of the college community. 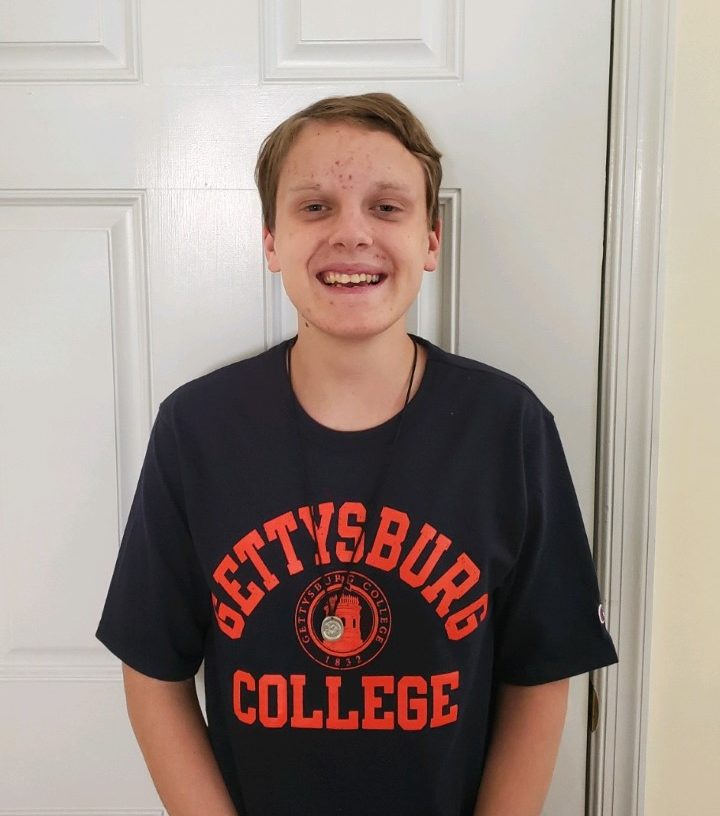 White was no stranger to the rich historical significance of Gettysburg prior to stepping foot on campus. In fact, he’d studied Abraham Lincoln and Dwight Eisenhower for projects about presidents while in elementary school, stumbling on two of Gettysburg’s most significant presidential figures completely by chance.

White felt as though his personal connection to Gettysburg — even from these brief moments of his childhood — brought a special significance to his college decision.

“Something about that clicked,” he said. “That was one of the reasons I felt like this was college to be at…. I love history, and being in the middle of one of the most historic towns in America was something that just really fascinated me.”

Beyond that, White plans to one day work as a paleontologist, a field of study that just happened to be mentioned while on a tour of campus prior to making his college decision.

“My tour guide actually mentioned that they have courses here related to paleontology,” White remembered. “So when I heard that, I…was shocked for a moment, and that comment right there was basically the main reason that I chose this college, among everything else. I love all the different science courses that they do offer here.”

Now that White has immersed himself in college life during his first month of school, he has come to realize that Gettysburg has lived up to the serendipitous moments that ultimately led him here, “Everyone here is so kind — so caring about others, and it made me just fall in love with this school.” 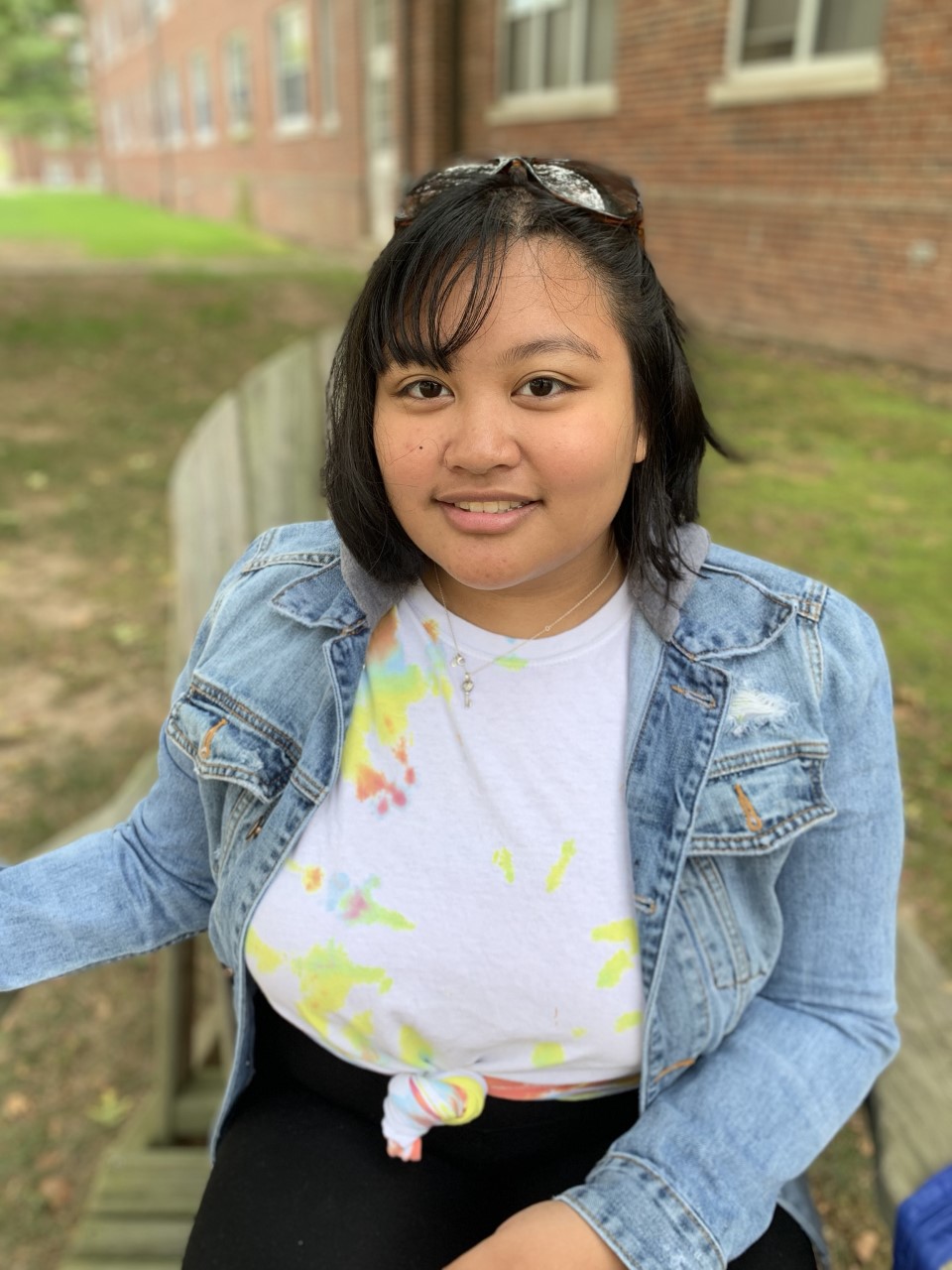 When Acero first landed on Gettysburg, she had not considered attending–in fact, she had jokingly told her friend from high school that she might join him at the school once she graduated.

“When I was a junior, my friend was already thinking about colleges, and he landed on Gettysburg College, so he goes here now. And when I finally became a senior, I jokingly said, ‘Oh, I might join you.’”

Then, she saw the campus for herself and immediately fell in love. “I saw how beautiful it was and how everyone was so nice,” she said, “it was one of the two only colleges I actually applied to.”

Acero applied early decision, not entirely knowing what she intended to study until later in the year when she searched through the course listing. Eventually, she landed on psychology and a pre-medical track and juggles both biology and chemistry on her course load in her first semester.

By the time she signed up for classes over the summer, she immediately landed on the courses she fell in love with through her search.

Now, a month into school, Acero has immersed herself in campus life, allowing her to fully experience the kindness she noticed when she first visited.

“In general, the overall vibe in this place is so friendly and supporting. I just really fell in love with it by the staff and the people here,” she said, “I definitely made the right decision. I really, really love this college.” 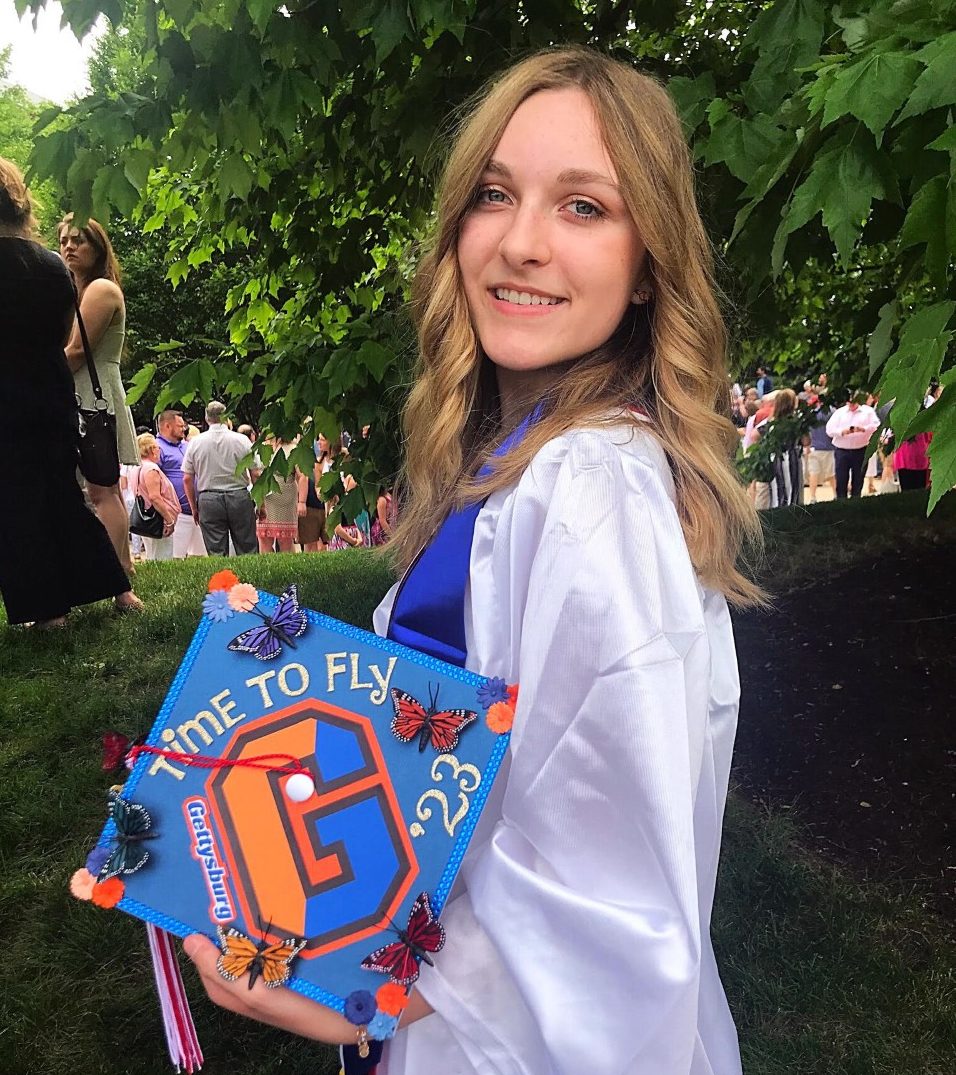 Roy hails from Mechanicsburg, Pennsylvania, less than an hour drive from Gettysburg; her close proximity to home made Gettysburg one of the choices her mom vied for when she was making her college decision. Originally, though, Roy thought she wanted to attend a bigger school farther away from central PA.

“I was looking at schools more around urban centers–school in Philly or New York,” Roy admitted, “but, ultimately, I did not end up there.”

Get Acquainted Day marked Roy’s “ah-ha” moment, and she even found herself getting jealous of her orange-dot-wearing classmates who had already confirmed their enrollment. Beyond that, Roy became attached to the welcoming vibe on campus.

“The first time I stepped on campus, I got the most incredibly welcoming and warming feeling and I didn’t get that at any other school,” she said, “I really just had that click moment here, and here I am.”

After that, she naturally fell into the rhythm of campus life. A Lincoln Scholar, Roy arrived for early orientation and met many friends before classes and regular orientation commenced.

Roy is hoping to get involved in many facets on campus, from volunteering for Big Brothers Big Sisters to serving as a Class of 2023 senator in Student Senate.

“My first year seminar is the one about homelessness so there’s a community service component to that, so I think I’m going to be involved in Support Circles,” she said of one of her various community service efforts on campus.

She also intends to major in the STEM field, perhaps in the departments of either Biology or Biochemistry & Molecular Biology.

Now that Roy has entered the ranks of fellow Gettysburgians, she still recalls the defining factors that made her stray from attending college in a city.

“Everyone was just so friendly and welcoming so that’s just kind of what made it stand out and why I ultimately chose it,” she said. 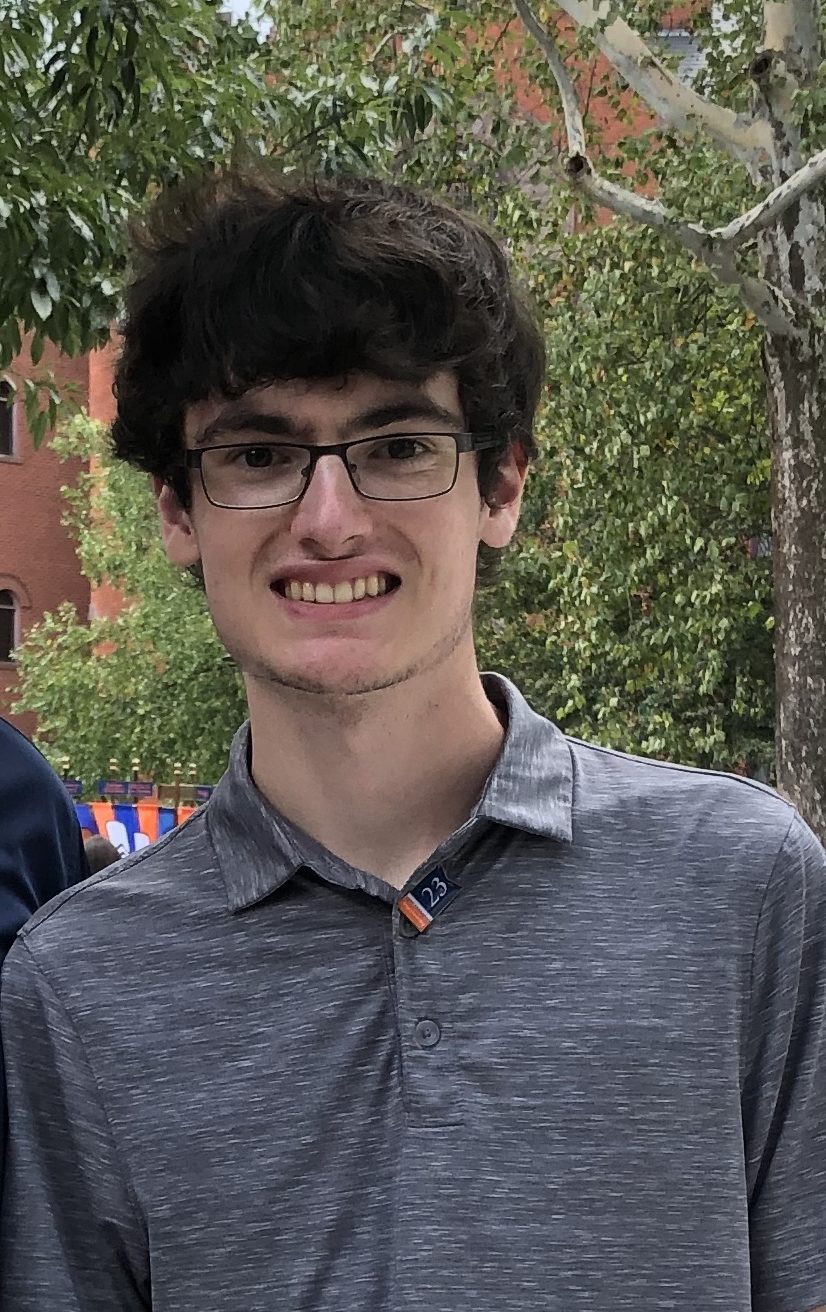 Cole Wilkinson ‘23 narrowed Gettysburg down in his top-three list of college choices based on the scholarship he received for being a Lincoln Scholar.

“As I started hearing back from the schools I applied to, I got into my top choices, but they were simply too expensive,” he said. “I got the Abraham Lincoln Scholarship, which made attending Gettysburg an easy choice for me.”

Similar to Roy, Wilkinson acclimated himself before the rest of the Class of 2023 arrived on campus with the Lincoln Scholar early orientation program. Plus, he had the chance to get familiar with the college right away.

“The presentations we did provided me with information about different programs and departments around campus,” he said. “It also made it a lot easier to form social connections with people since there were only around 80 of us.”

Now that classes and activities have been in full swing for a month, he has been able to find common ground with friends on campus.

“I have had no trouble meeting new people and forming friendships. I have also joined clubs which allow me to meet others who share my interests,” he said.

Wilkinson might be seen studying at the library or completing a science lab for his chemistry course: “Classes definitely have a lot of work, but I am sure to spend lots of time studying. Labs have been a great experience as well.”

Wilkinson is prepared for more experiences throughout the coming months and years at Gettysburg. “My first year experience has been great and I hope that it continues to improve as the year goes on,” he said.