Embodying the ‘Spirit of a Liberal Arts Education’: Lincoln Scholar Guelzo Retires After 15 Years at Gettysburg 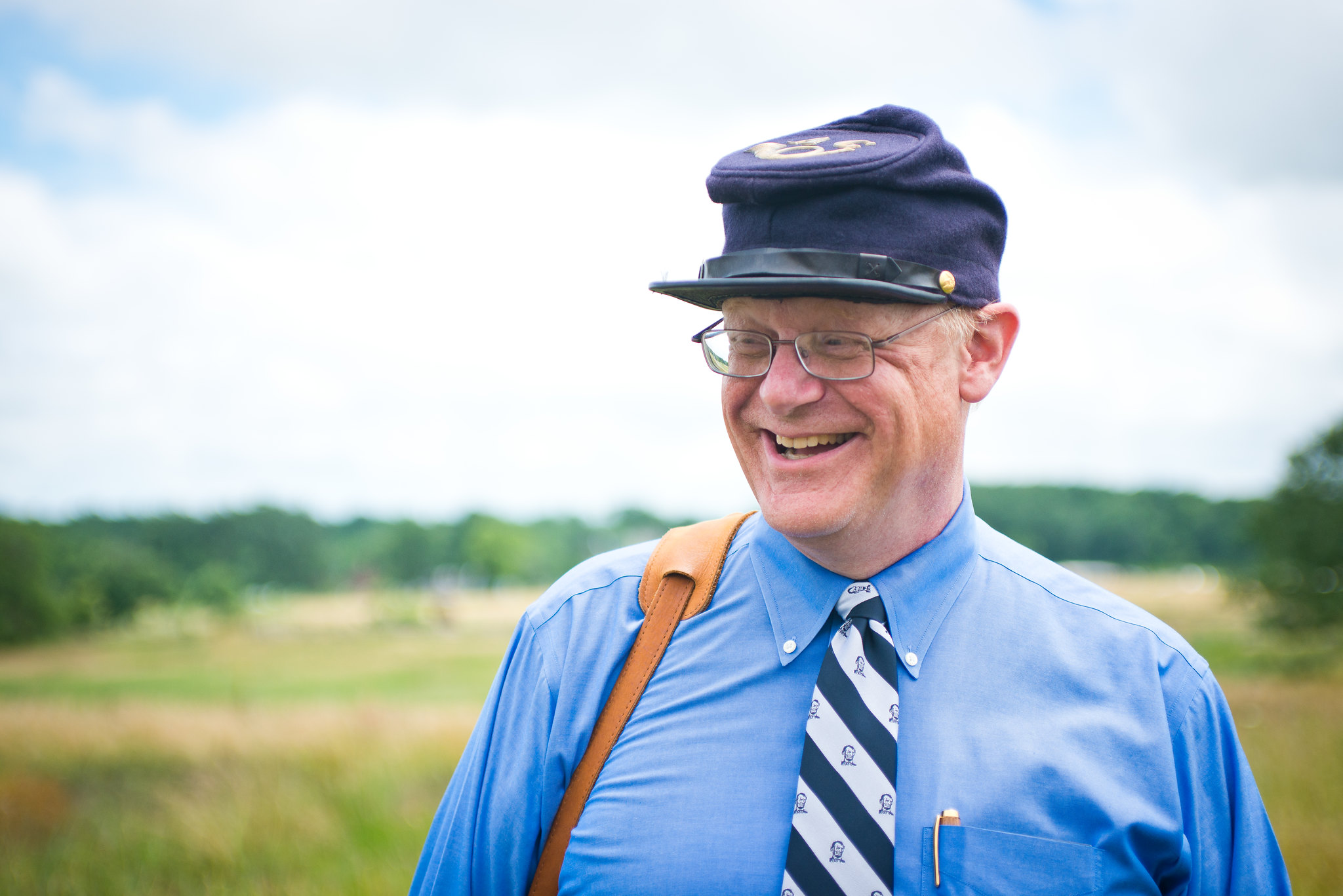 Dr. Allen Guelzo, Henry Luce Professor of the Civil War Era and Director of Civil War Era Studies, will retire from Gettysburg College at the end of August and assume a position as Senior Research Scholar in the Council of the Humanities and Director of the Initiative on Politics and Statesmanship in the James Madison Program at Princeton University.

Guelzo, a three-time winner of the Gilder-Lehrman Lincoln Prize and winner of the 2018 Bradley Prize, has taught at Gettysburg since 2004. He came to Gettysburg from Eastern University, where he served as Grace F. Kea Professor of American History and Dean of the Templeton Honors College.

Principally known as a scholar of Abraham Lincoln, Guelzo’s books about the 16th president include Abraham Lincoln: Redeemer President (winner of the 2000 Lincoln Prize), Lincoln’s Emancipation Proclamation: The End of Slavery in America (winner of the 2005 Lincoln Prize), Abraham Lincoln As a Man of Ideas (2008), and Redeeming the Great Emancipator (2016). He has also written about the Civil War more broadly in works such as his 2014 Lincoln Prize-winning Gettysburg: The Last Invasion. In the earlier part of his career, he wrote extensively about 18th century theologian Jonathan Edwards.

At Gettysburg, Guelzo led the Civil War Era Studies program and worked to build the former Gettysburg Semester program, which afforded undergraduate students from across the country an opportunity to spend a semester “abroad” at Gettysburg College in a Civil War immersion program.

Both the Gettysburg Semester and the Luce Professorship originated via a grant awarded to the college in 1997 that initially lasted six years and then was extended for another three. Guelzo was the second Luce Professor, and, upon the conclusion of the grant, he continued to hold the title of the chair even as the financial support from the Luce Foundation ended.

Vice Provost and Dean of Arts & Humanities Jack Ryan said that Guelzo’s impact on the college began with the Civil War Era Studies program but ultimately transcended it as his scholarship raised the college’s profile.

During his time with us, Allen’s scholarship exploded, and he became our foremost public intellectual. – Jack Ryan

“Allen Guelzo revived CWES at a pivotal moment,” Ryan said. “He directed the program with elan, especially the Gettysburg Semester, which was innovative and original: students wanted to come to Gettysburg, PA, and they wanted to take Allen’s seminar class.”

On Guelzo’s research, Ryan added, “During his time with us, Allen’s scholarship exploded, and he became our foremost public intellectual. At the end of the day, though, Allen remained humane, driven by a desire to help students succeed.”

For Guelzo, close interactions with students lay at the heart of his time at the college. Reflecting on the past decade and a half, he noted that the caliber of students and colleagues rank among the principal pleasures of his tenure at the college.

“One could scarcely ask for anything more,” he said after listing some of the best students he has taught as well as his “wonderful” administrative assistants, Cathy Bain and Diane Brennan.

One of the students he mentioned, Dr. Brian Jordan ’09 — now an Assistant Professor of History at Sam Houston State University in Texas — said that, absent Guelzo’s mentorship and example, he would not be an academic.

“Allen taught me how to ask historical questions, how to write history in a way that is accessible to a broad public audience, how to deliver an engaging classroom lecture, and how to live the life of the mind,” Jordan said. “His faith in me — even when I had none in myself — ensured that I let up none of my energies in college and beyond. To this day, I still ask myself ‘what would Dr. Guelzo think?’ after every new page and every new lecture course. His retirement leaves an enormous void that will never be filled.”

Another, Dr. Skye Montgomery ’09 — now a Lecturer at the University of Durham in Great Britain — said that Guelzo fundamentally reshaped her vision of historical scholarship from being a solitary endeavor to a collaborative activity.

I vividly recall one particularly memorable class in which he ranged from discussing nineteenth century fiscal policy to the classical music used to score Bugs Bunny cartoons in the 1940s. – Skye Montgomery

“Far from a group of solitary scholars toiling away, I discovered that the Civil War Era Studies program was a lively community of learners, and at its center was Allen Guelzo,” Montgomery said. “Allen had a wonderful knack for encouraging intellectual curiosity in his students and I never encountered another individual during my time at Gettysburg that better embodied the spirit of a liberal arts education. I vividly recall one particularly memorable class in which he ranged from discussing nineteenth century fiscal policy to the classical music used to score Bugs Bunny cartoons in the 1940s. Like all excellent teachers, he rarely answered students’ questions directly, but he gave us the tools to find the answers for ourselves and encouraged us to undertake the hard work of digging.”

Provost Chris Zappe said the college will commence a search for Guelzo’s successor in the fall. The college finished raising funds for a new endowed chair, the Gilder-Lehrman NEH Professorship of Civil War Era Studies, this spring, just after the conclusion of the recent campaign. That chair needs to be approved officially by the Board of Trustees before a search to fill the position can begin, and it will be on the agenda when the Board meets in September.

Dr. Robert George, Director of the James Madison Program, said that Guelzo’s work leading the program’s initiative on politics and statesmanship will “enrich the intellectual life” at Princeton.

“I can think of no scholar,” he added, “more qualified to impart this valuable knowledge.”

Montgomery’s reflection on Guelzo concurred in assessing the impact of his teaching, noting that he consistently pushed students to contemplate history’s significance rather than simply master details of a topic.

“I think Allen’s efforts to transform the Civil War Era Studies program into a community of learners acknowledged this and I know that I am just one of many students whose lives were changed in the process,” she said. “I am obliged to Allen for the many gifts he offered me and his other students over the course of his time at Gettysburg: a sense of belonging, a generosity of spirit when it came to sharing his knowledge and expertise, kindling for our intellectual curiosity, and, when necessary, a flint for sparking it anew.”