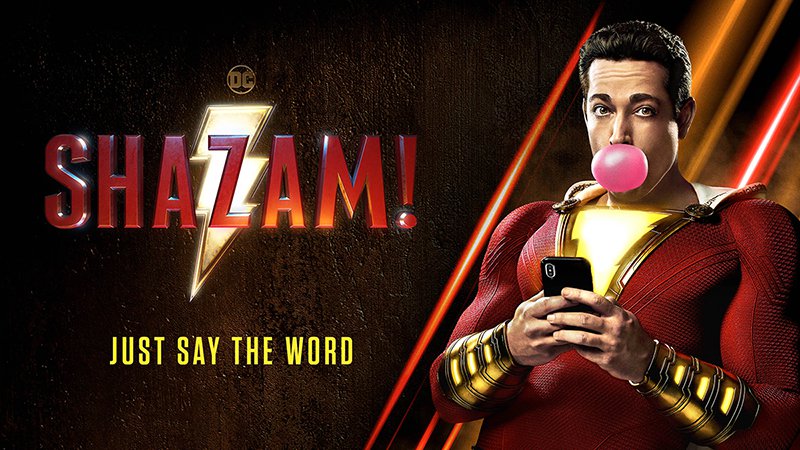 Shazam tells the story of Billy Batson, a young orphan boy that is granted the powers of the Greek gods. Billy is the chosen one of the wizard Shazam, the last remaining member of the Council of Wizards. Shazam gives Billy all of his powers such as super-strength and speed. To access the wizard’s powers, Billy has to say the word “shazam.” At this time, Billy will turn into an adult and have all of the wizard’s powers. After Billy is anointed as the chosen one, he now has the responsibly to defeat the villain of the film, Dr. Sivana. Billy must stop Dr. Sivana from releasing the seven deadly sins upon the world.

Shazam is a fun, light-hearted, family movie, that has good humor throughout. Most of the comedy in the movie comes from the fact that when Billy uses his powers, he takes on the form of an adult. The audience gets to see a 40-year-old man do things that a 15-year-old boy would do, which provides some memorable comedic moments throughout the movie.

One of the highlights of the film is the level of emotion that Shazam director David Sandberg brings to the movie. One of the main plot points of the film is that Billy Batson has to embrace his new foster family. Throughout the film, the audience sees Billy struggling to except his new life. However, Billy eventually embraces his new family. One highlight of the family dynamic in Shazam is the relationship between Billy and his foster brother Freddy. This bond allows Billy to grow as a character and accept his new superhero persona. This relationship also serves as the backbone for the whole movie and the character development of Billy Batson.

All of the actors cast in Shazam do an excellent job in their roles. Asher Angel plays Billy Batson and he has incredible range throughout the movie. Angel can go from light-hearted and funny, to very serious in the same scene. The form that Billy takes when he transforms into Shazam is played by Zachary Levi. While Levi is 38-years-old, he is great at letting his inner child show. The audience can suspend disbelief throughout the film and believe they are watching a 15-year-old child on screen and not an adult man.

The one problem with Shazam is the villain, Dr. Sivana. While Mark Strong gives a good performance as Sivana the villain is very underused. Sivana is a one note villain that does not grow as a character throughout the movie. However, Sivana does his job of forcing Billy to grow as a character very effectively. Sivana serves as a good rival to Billy and pushes him forward on his journey.

Shazam is a great addition to the DC Universe. Shazam is a fun film that also has a surprisingly large amount of heart. The family relationships throughout the film are great but the bond between Freddy and Billy is what makes this movie work. The only negative aspect about Shazam is the weak villain, Dr. Sivana.