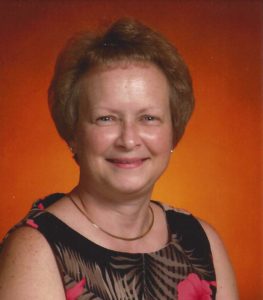 Diane MacBeth, Sunderman Conservatory of Music Administrative Assistant, has announced her plan to retire on July 5, 2019 after 36 years at Gettysburg College.

Per an email announcement sent out by Dr. James Day, Director of the Sunderman Conservatory, on Apr. 22, MacBeth indicated her gratitude for the faculty, staff, and students across all departments at Gettysburg over the years.

“I hold in my heart the many wonderful memories of so many people that I have been privileged to know and work with over the years,” Macbeth was quoted in the email.

Students, at the Conservatory especially, have been touched by MacBeth’s work over the years. Camille Iorio ‘19 let out a resounding “I love her!” when asked about MacBeth.

“She’s lovely and very helpful,” Iorio continued. “She’s really shown that she cares about the students in the Conservatory.”

MacBeth transitioned to the Music Department in 1998, ahead of the transition to the Sunderman Conservatory. Previously, she served in the Office of the Bursar as the Accounts Payable Supervisor/Payroll Assistant, Senior Administrative Assistant to the Finance and Administration Office, and Support Staff Council for a three year stint.

On top of her decades-long stretch at Gettysburg College, MacBeth is known to be an attentive contributor to the Conservatory, answering questions in a timely fashion and using her “encyclopedic institutional knowledge,” in the words of Assistant Professor of Voice Dr. Susan Hochmiller, to help the department run smoothly.

Day indicated in his email that a follow-up announcement will be sent out with details about a celebration for her retirement that will be held this month, ahead of Commencement.

Gettysburg has been lucky enough to be home to MacBeth, “an enormous source of support and expertise to the Conservatory and College community” for the past 36 years, Day continued in his announcement email. Students, faculty, and staff will dearly miss MacBeth, or as Hochmiller refers to her, “the Heart of the Conservatory.”