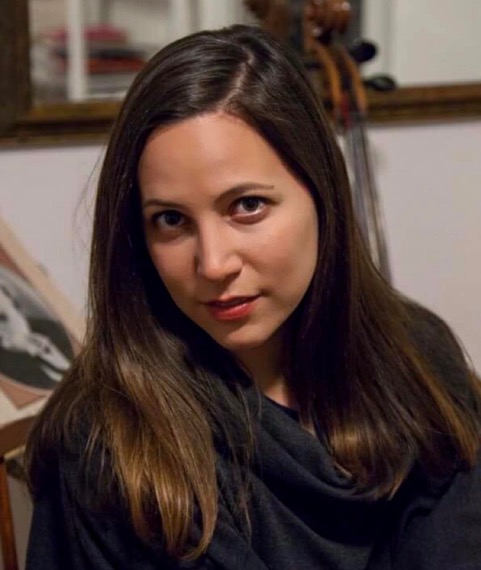 A new face on campus, but already a strong impact on student life, Professor Charlotte Werbe, Assistant Professor in the French Department and Affiliate Professor to Judaic Studies, came to Gettysburg at the start of the 2018-2019 term at the tail end of earning her doctorate degree from Princeton University.

Werbe currently teaches French language courses, from elementary FREN 104 to intermediate 202, and a senior seminar focusing on representations of violence in French and Francophone comics.

The FREN 320 course, offered next in the fall of 2019, focuses on marginalization in contemporary films as well as cinema analyzation techniques regarding historical context, critical context, and the formal features of film.

Werbe has an individualized perspective on forms of media and storytelling in both the contemporary world and throughout history. She has an extensive background in the studies of cinema, media, genocide, memory, comics and Holocaust literature, which provide her with sweeping insight on various topics.

The professor narrowed down her studies after discovering her passion for French while studying abroad in Paris during her junior year of her undergrad at Mount Holyoke College. A Switzerland native, Werbe’s first language was French, but she intended to major in economics in college. Later, she learned that a degree in the Humanities offered her not only a steady job but also an opportunity to pursue her passion and chose to focus on French.

Werbe continued to pursue French during her masters at University of Massachusetts Amherst, and her PhD at Princeton.

Werbe advises students to hone in on areas that fulfill them, even areas that may not appear practical. She finds there is no better place than a Humanities classroom to learn basic life skills of writing and thinking critically.

“With Humanities, you can do it all,” Werbe remarked, “Do what you love. It’s cliche, but it’s true.” 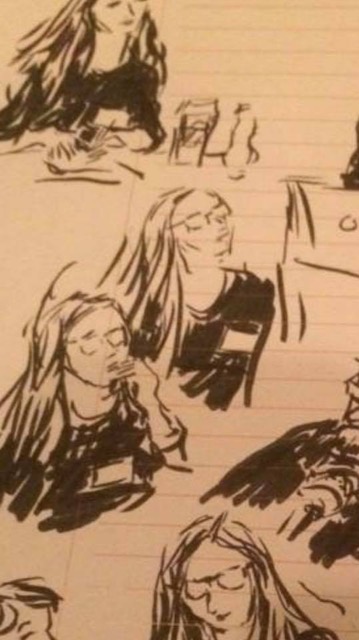 Drawing of Charlotte Werbe by Miriam Katin, graphic novelist and author of Letting It Go and We Are on Our Own, at a conference Werbe organized titled Frames: Jewish Culture and the Comic Book (Photo courtesy of Charlotte Werbe)

Although Werbe’s interest in media, including cinema, comics, and literature, have been narrowed down to specific studies such as Holocaust testimonies, her experience has informed her analysis of storytelling as a whole. She commented on how historical forms of media significantly influence the present: “Whenever we read or think about [media], we’re not examining the present context. The present plays a role on how the narratives are created.”

Social media has become another nuance to Werbe’s studies; she closely analyzes social media in terms of cinema and the use of multiple mediums in contemporary society.

An active scholar, Werbe has taken initiative to organize events and write pieces that promote understanding of storytelling aspects of the world. For instance, she organized a roundtable regarding Rwandan genocide to analyze representation of large-scale violence and the public’s interpretation thereof. She has written articles for journals and studied various pieces including X-Men, Mickey au Camp de Gurs, and the cinematographic techniques used in Claude Lanzmann’s Shoah. 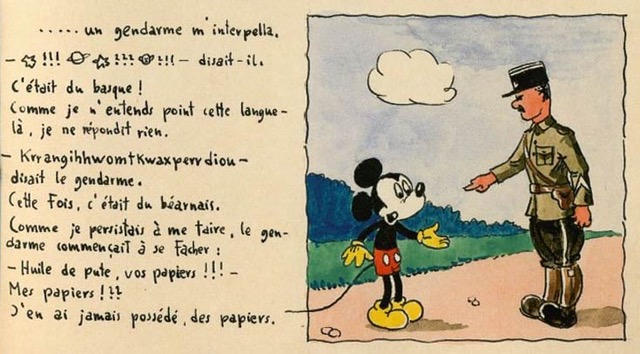 Aside from academic pursuits, Werbe takes part in some guilty pleasures that correspond with her cinematic interests. She enjoys watching award-winning Cannes Film Festival pieces and reality TV, and may even write a book regarding the TV genre someday. Otherwise, she is skilled in ski racing, plays the cello, and is a fan of karaoke.

Werbe also spends time reveling in everyday encounters with Gettysburg students. She finds that the student body is socially active, positive, and respectful with professors in a classroom setting.

Some students in particular have already garnered close connections with Werbe; one student recently asked her to be their advisor and “made her week,” while another student, who was considering transferring, built a close connection with Werbe and ultimately decided to stay at Gettysburg and major in French.

When planning for the future, Werbe hopes to continue to engage with Gettysburg students for fresh insight and innovative ideas related to her work. She plans to publish books that will appeal to the general public rather than solely the community of academics, and work with students on independent research projects in the Humanities, such as the Kolbe Fellows Program for interdisciplinary faculty-mentored summer research.