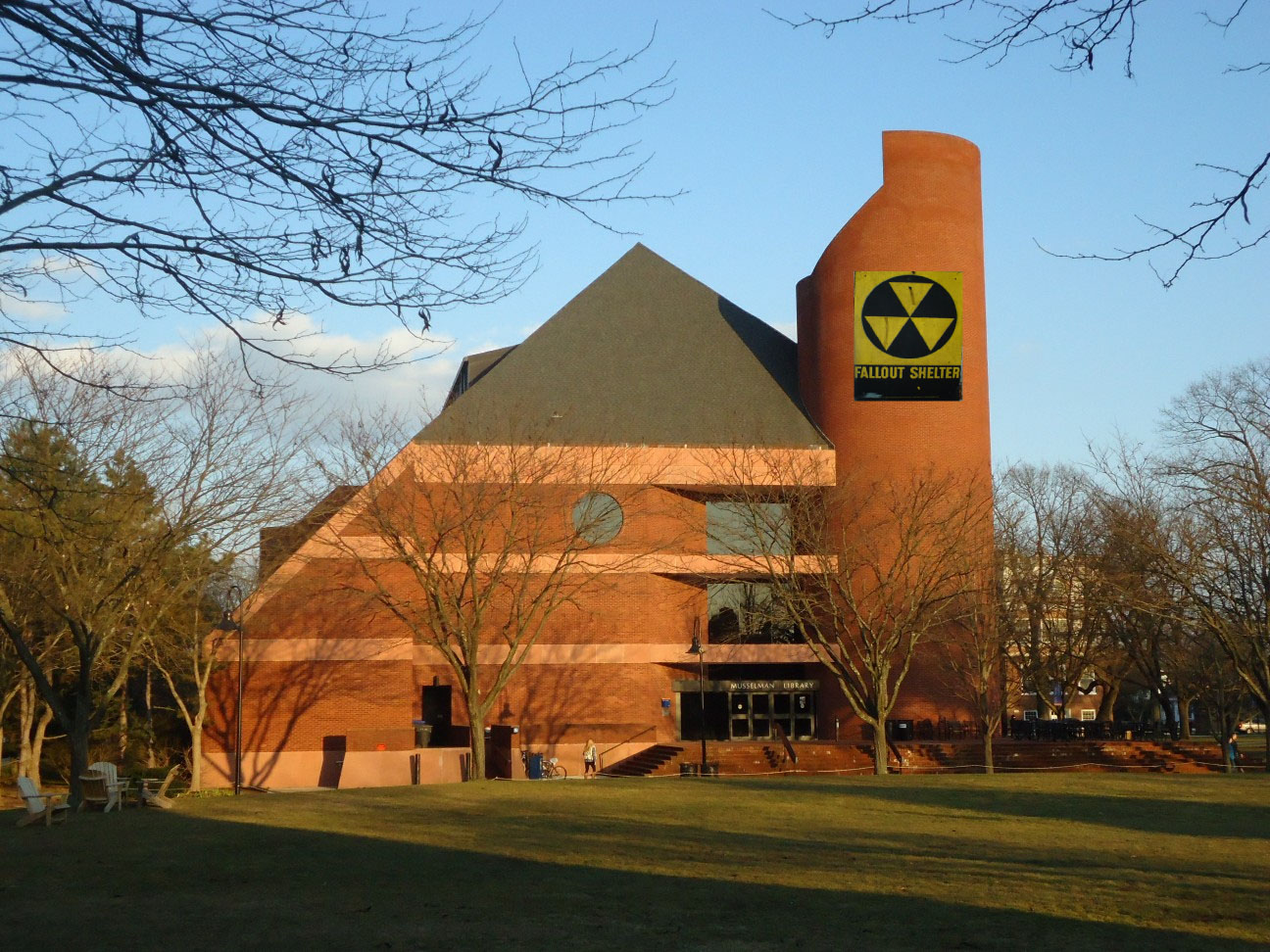 According to reports from scouts posted at lookout points atop the cupola and the Glatfelter bell tower, neighboring communities of Carlisle, Lancaster, and Emmitsburg have hunkered down ahead of an anticipated nuclear attack from North Korea. Spokespeople at those towns’ respective colleges — Dickinson, Franklin & Marshall, and Mount St. Mary’s — scoffed when reached by phone from their fallout shelters when asked if the colleges remained open.

“Of course not,” said Frank L. Marsh of F&M. “We’re not that bright, but we know enough to know that when Kim Jong-Un and Donald Trump get into it, the only response is to hide.”

“Do you think we are fools?” added Richard N. Son of Dickinson. “We may have dropped to 51st place among national liberal arts colleges in US News & World Report’s latest rankings, but after this attack wipes out you morons up at Gettysburg, we’ll be back in the top 50.”

A spokesperson for Gettysburg College sent out an email to the campus community reminding everyone of their duty to carry on business as usual no matter the circumstances.

“Classes will be held at the discretion of faculty. As a residential liberal arts college, Gettysburg remains open during all nuclear attacks. It is the responsibility of the faculty member to arrange for the notification to students,” the email said. “All departments and offices are open. Employees who feel they may be directly impacted by the impending armageddon should consult with their supervisors. Supervisors may approve flex time or work from home for their employees.”

Already this year, Gettysburg remained open during a blizzard that dumped nine feet of snow (burying the gazebo, which had to be removed for a second time after snow plows couldn’t see it and “inadvertently” destroyed it as several cheering faculty members nodded in shivering approval), a multi-day power outage that required blowing through the entire profit from the $161 million Gettysburg Great fundraising campaign to purchase sufficient generators to sustain Penn Hall’s HVAC system as at least three students reportedly suffered hypothermia in their dorm rooms, and mold. Lots of mold.

“You get what you signed up for when you attend a residential college,” the spokesperson, who declined to be named but could be heard ordering another plate of caviar from what appeared to be a French bistro, beyond the reach of the planned nuclear attack. “Like students actually want to stay in their residence halls. Even President Riggs knows they’re a liability for student recruitment. This nuclear attack may just flatten them anyway and let us start over.”