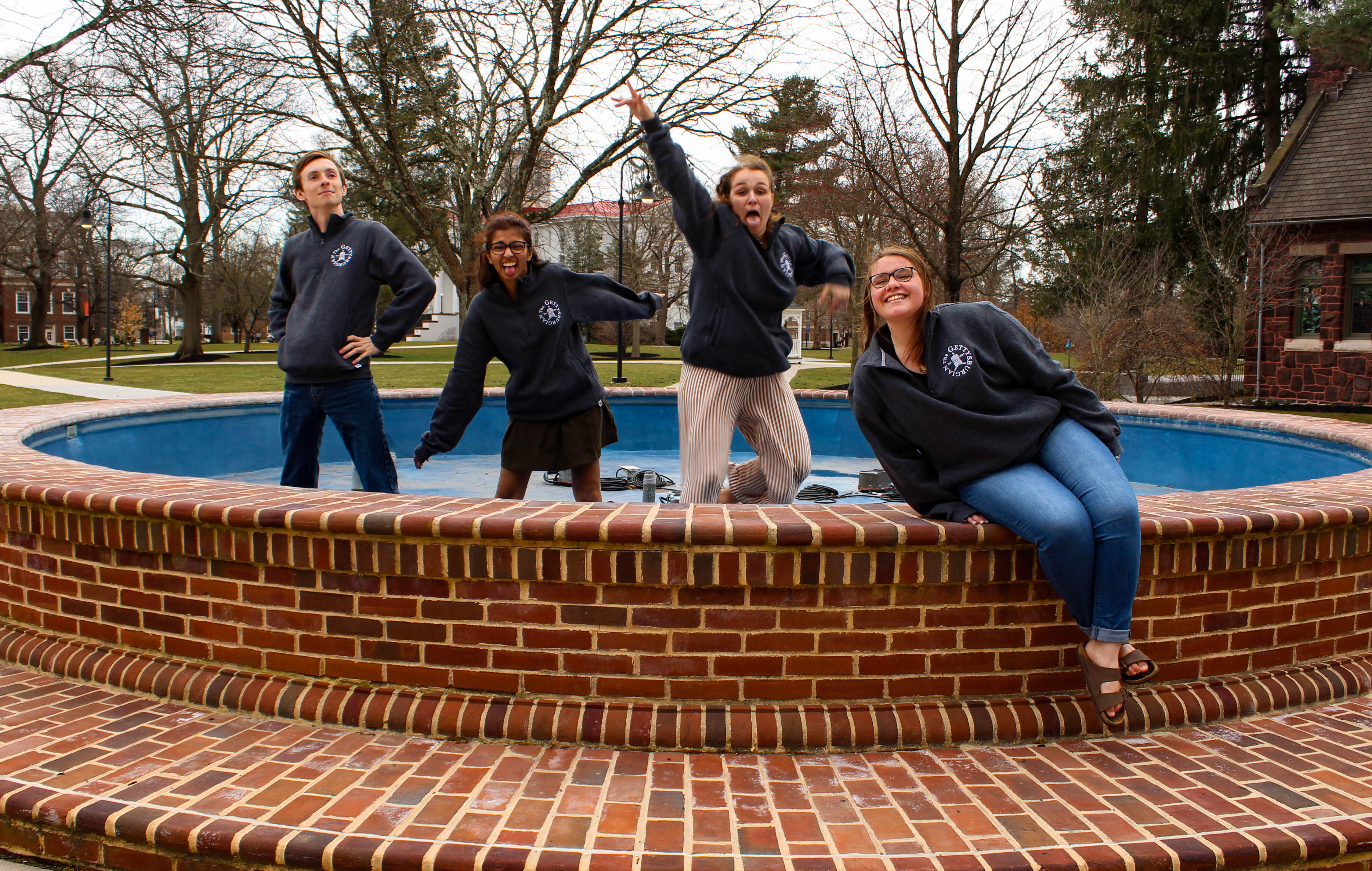 Gettysburgian Editors were found in the fountain and recieved points for their wrongdoing (Photo Mary Frasier/The Gettysburgian).

This past week, four Gettysburgian editors were found by the Department of Public Safety in the Masters Fountain, outside of Plank Gym. The four editors in question were easily identified due to their fashionable gray quarter-zips.

“Everyone knows better than to jump into the fountain,” stated one student witness of the event.

The editors all received 10 points each and have been expelled. Due to the short staffing at The Gettysburgian, it is now more than ever that we need new writers.

If you are interested in writing, photography, or copyediting, consider joining Gettysburg College’s award-winning student newspaper.

“It’s a shame to lose such talented staff members, as they truly were an asset to this organization,” said editor-in-chief Benjamin Pontz ‘20. “However, with every tragedy, there is an opportunity in disguise.”