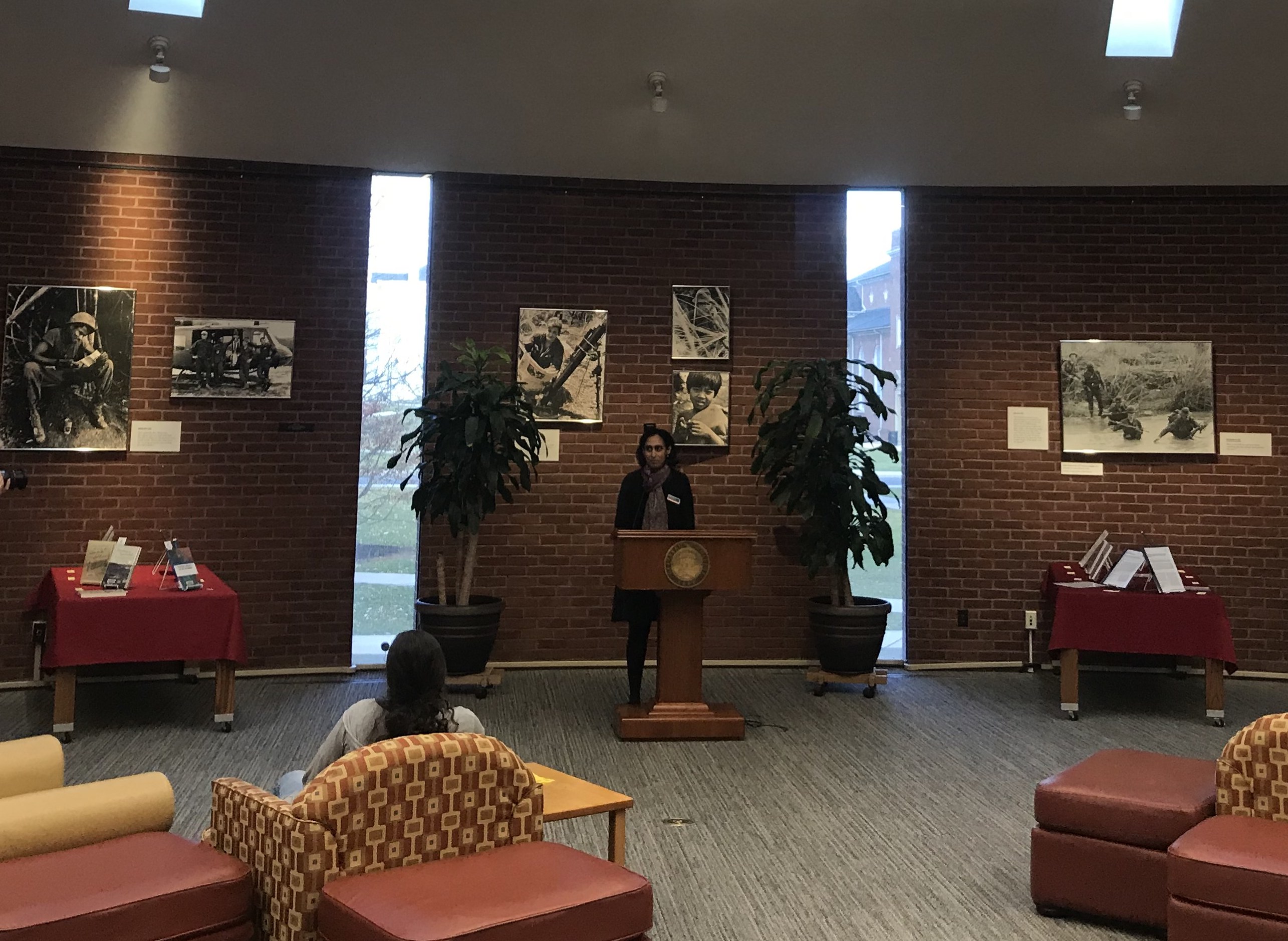 On Friday, March 22, the annual College Authors Reception was held in the Musselman Library Apse in order to celebrate the faculty and student scholarship that was published in 2018. The reception honored 116 publications from the college by 91 authors, 28 of whom were student authors.

Dean of the Library Robin Wagner explained, “It is a really nice way to draw attention to scholarship, as it lifts up the academic program for students.”

The reception featured a computer that displayed a series in the Cupola that listed every publication showcased. Sarah Appedu ‘18, a Scholarly Communications Assistant, explained that all college authors in 2018 are listed online, and a map shows where works have been downloaded. There were almost 700 downloads for the publications and 65% were free downloads.

Food, refreshments, and mingling began at 4:30 p.m., and a performance by the Upscale a capella group began at 5:00 p.m. The audience full of students, faculty, and those interested in the scholarship enjoyed hits such as ABBA’s Dancing Queen and Jason Mraz’s “I Won’t Give Up.”

After the performance, Dean Wagner began with a few opening remarks and an introduction of Salma Monani, the Chair of the Environmental Studies Department at Gettysburg College. Monani spoke of her collaborations and publications with students since 1998.

Monani recalled her experiences publishing with three students on interdisciplinary projects. She explained that the most important parts of these projects are that they were all driven by student interest and that they were able to bring different disciplines together. She described it as “a lot of fun and also cutting-edge research.” Monani worked with all different departments which she deemed possible because of the liberal arts education at Gettysburg College.

Finally, Monani expressed the necessity of student enthusiasm in her collaborations and said that she was personally challenged by these students and was encouraged to work on things that were outside of her discipline.

Following Monani, President Janet Morgan Riggs addressed the audience. She has been at every College Authors Reception since her time as Provost at Gettysburg. President Riggs echoed Monani and stressed the importance of faculty-student collaboration and how it is “something we offer in a way that not many colleges do.”

She also praised The Cupola at Gettysburg for nearing one million downloads of its published works since it started seven years ago.

President Riggs discussed the important way that the Musselman Library staff is addressing textbook affordability. She regarded the Gettysburg College computer science professor, Charles Kann, who has allowed his textbook to be published in the Cupola as a free download. It has over 55,000 downloads and is used by students at other colleges.

The reception continued with more mingling, refreshments, and the perusal and discussion of the published works honored that day.