The Cultural Context of ‘Hogan’s Heroes’ 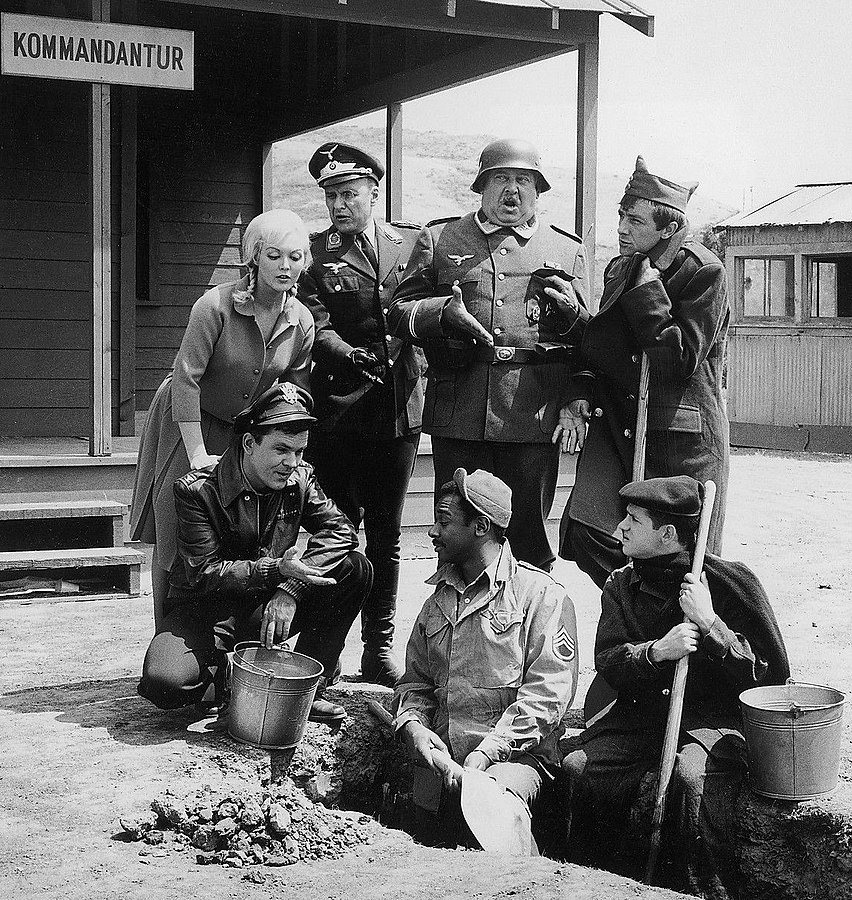 Former Board of Trustees Member Bob Garthwait resigned after a photo of him wearing a Nazi uniform at a college fraternity party in the 1980 Gettysburg College yearbook resurfaced. In an email to the college community, Garthwait clarified that he wore the costume to a Hogan’s Heroes Stalag 13-themed party, an American sitcom. Here is a background on the TV show that the fraternity party Garthwait attended was modeled after, with insight from Cinema and Media Studies Professor James Udden.

Hogan’s Heroes premiered in 1965 and ran its primetime stint until 1971. Following its initial success, the show was syndicated during the ‘70s and ‘80s. Udden recalls seeing the show on the television every afternoon during his childhood, around 3:00 p.m. At times, Hogan’s Heroes would be in succession to Gilligan’s Island, another ‘60s sitcom.

The six-season sitcom was a satirical military history show, following a fictional prisoner of war camp, Luft Stalag 13, during World War II. Hogan’s Heroes follows the POW officer, Colonel Hogan, as he leads the prisoners in outsmarting the Nazi commanders at the camp. In every episode, the prisoners ultimately lampoon the Nazis, Colonel Klink and Sergeant Schultz, via underground tunnels and clever sabotage.

Udden recalled a couple of episodes that particularly stand out in his memory; one of which consists of prisoners of war redirecting bombers by lining up in the shape of an arrow. He also remembers one episode where the Nazis are fooled and misdirected by a prisoner dressed up as Adolf Hitler.

The Nazis on the show are led to believe that their prisoner camp has a perfect escapee track record; yet, without fail, they are always comically defeated.

The actors who portrayed the leading roles of German Nazis, John Banner (Sergeant Schultz) and Werner Klemperer (Colonel Klink) were both Jewish, as well as two of their other principal counterparts, Leon Askin and Howard Caine. Banner was also a former US Army Sergeant in World War II. Klemperer agreed to take on the role under the condition that the Nazis were never portrayed as heroes.

Udden cited two similar films, from the ‘60s and the ‘40s, that similarly portray Nazis in a satirical fashion. The Producers, a 1976 film written and directed by Mel Brooks, who is Jewish, is about producers who oversell shares to earn money on a flop Broadway show about Adolf Hitler. The film became a Broadway show and won twelve Tony Awards.

In 1943, Ernst Lubitsch, another Jewish director, directed and produced To Be or Not To Be, a comedy film about an acting troupe that disguises and outsmarts Nazis at a camp. One of the characters, Udden mentioned, passes as Hitler and uses his deception to his advantage in outsmarting the Nazis, similar to Hogan’s Heroes.

Hogan’s Heroes, The Producers, and To Be or Not To Be all have the genre of satirical film or television in common. The films and TV show also have Jewish cast, creatives, or both. They were all not intended to be Anti-Semitic and vowed to cast Nazis in a negative light.

Media, in the past and today, contains subjects that can be received negatively or positively from a mass audience. Udden contends that media can be a double edge sword with mixed messages and oftentimes receives multiple interpretations from audiences.