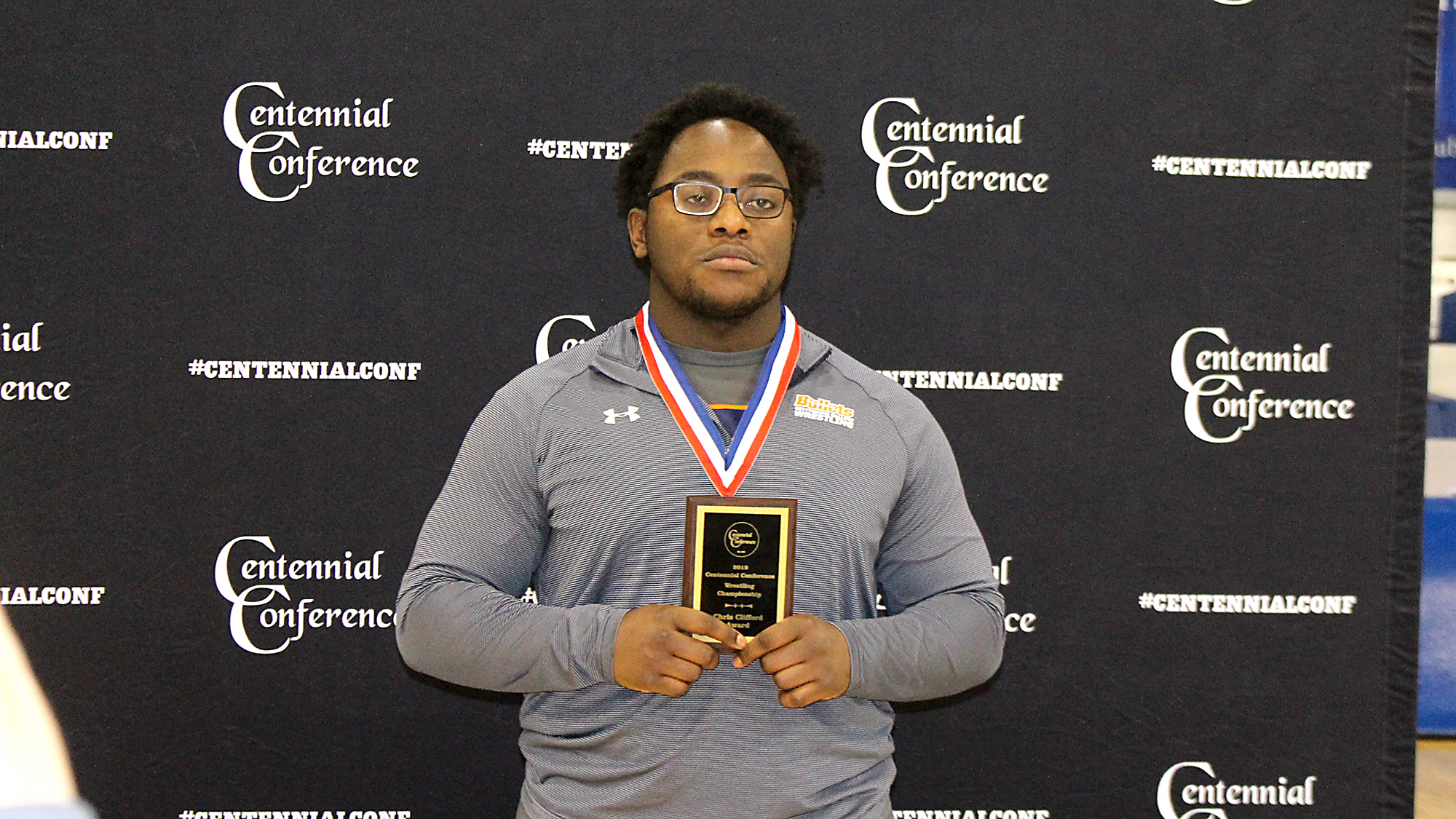 The team placed in six weight classes and finished with 51 points. The event winner, for the fifth straight year, was the Stevens Institute of Technology, with 83 points. Washington and Lee came in second with 61.5, followed by Merchant Marine with 59.

Senior Paul Triandafilou entered the event ranked 8th in the country in the heavyweight division and won the title for the third consecutive season. According to the Gettysburg athletic website, Triandafilou became the first Gettysburg wrestler to win three conference championships in a decade.

With the win, Triandafilou improved his record on the season to 29-3, and 117-18 for his career, ranking him second in wins in school history.

As Triandafilou eased his way past McDaniel’s Ethan Wolf 7-0 and Muhlenberg’s Scott Schaeffer 5-3, a rematch was set against the Merchant Marine Academy’s Blake Bunce for the title.

Coming off an impressive 26-3 record with 15 pins, Bunce who was ranked 7th nationally, heading into the weekend, seemed a valiant opponent for Triandafilou. However, an injury sustained in his previous match prevented the heavyweight match-up from ever starting, and Triandafilou won gold without stepping foot on the mat.

In addition, Triandafilou won the Chris Clifford Award for the most career points at the conference championships, the first Gettysburg member to win it since 2009. The award is named in honor of a Gettysburg wrestling graduate from 1996 who was killed in a car accident three years later.

Though Triandafilou was the only 1st-place finisher for the Bullets, Sean Thompson ’21 and Colin Devlin ’20 both placed 2nd in their respective weight divisions.

Third place finishers for the Bullets were Colin Kowalski ’19 and Mike Iodice ’21 in the 174 and 197 weight classes, respectively.

Entering the event ranked 10th in the country, Kowalski rebounded from a first round upset to work his way back to a rematch with Max Sims from Merchant Marine. The second go-around fared better for Kowalski, who took care of Sims 12-1 to earn the bronze and improve to 33-3.

Iodice overcame his own obstacles and clawed his way back to a 3rd-place finish with wins over opponents from Stevens, Hopkins, and Washington and Lee.

Dan Ebert ’19 also left Kings Point with a 4th-place finish in the 184 division. After hammering Tommy Disisto from Muhlenberg 9-1, Ebert toughed his way through Anthony Cutrufello of Ursinus 8-4 for a chance to earn bronze. A 5-3 close loss to Rexx Hallyburton of W&L left the senior with a 22-9 record for the year.

Having finished 4th in 2018 and 3rd in 2017, the 5th-place finish may seem like a regression for a strong wrestling program. However, the Bullets can rebound with the Futures Tournament hosted by Muhlenberg College on February 17th.

After that, the Bullets have another opportunity to earn some hardware before the season ends with the NCAA D3 Regional Championships in Williamsport on February 22-23.

If wrestlers place well enough in that event, they will head to Roanoke, Virginia, to cap off the 2018-19 season at the D3 National Championships on March 8th and 9th.