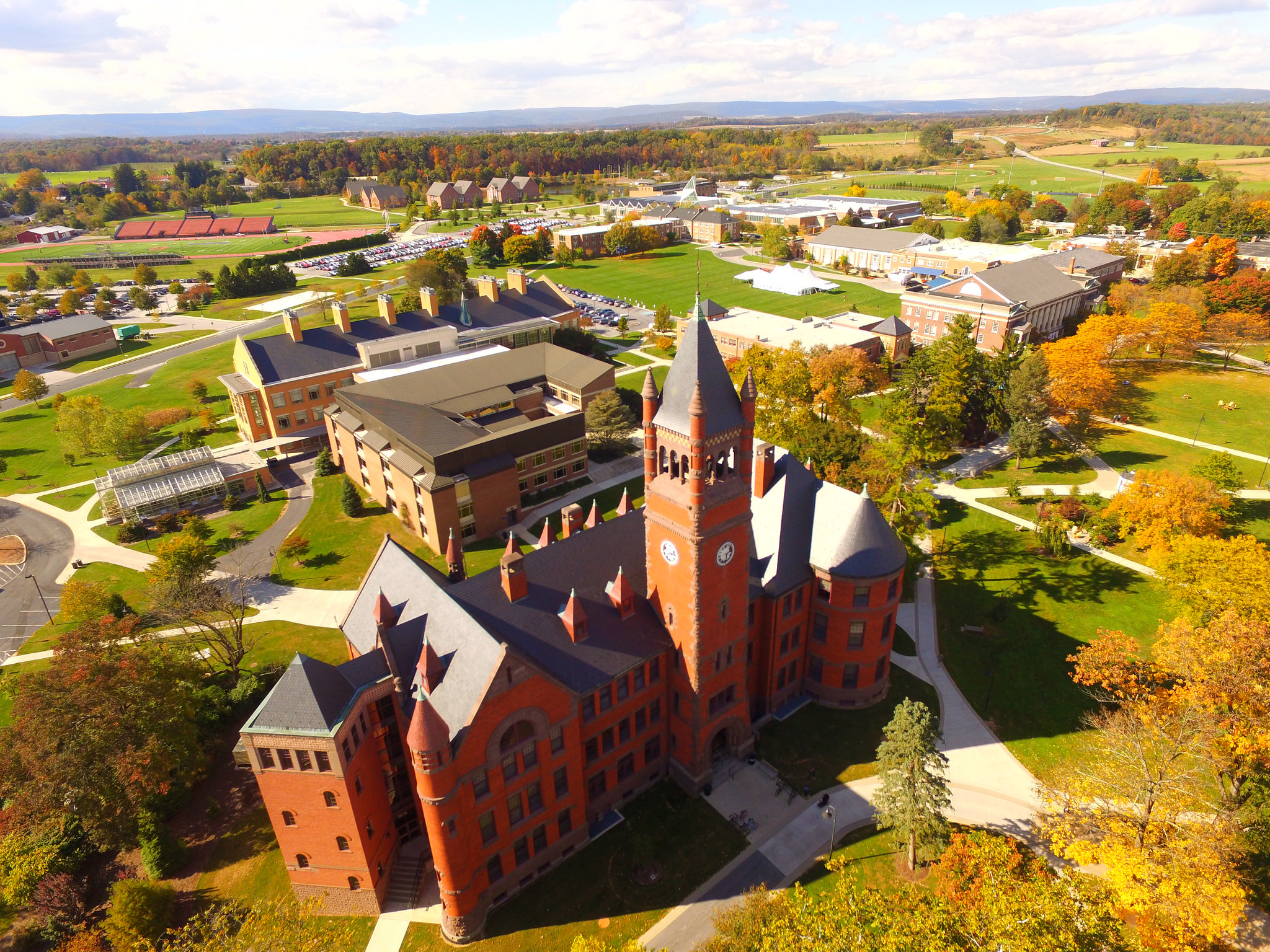 Nine students from Gettysburg College presented their research as part of the Kolbe Fellowship on Thursday, January 24. The students researched on topics ranging from the Arts to Humanities and Social Sciences and expressed their passion for each topic through their findings and elaborate presentations.

Bailey Harper ‘19 shared her passion for history through her study of part of the upcoming exhibition at the Schmucker Art Gallery: Plains of Mars: European War Prints, 1500-1825. Harper shared the importance of historical war prints throughout her presentation entitled The Disasters of War: European War Prints. She created a comprehensive website and of worked in the art gallery, giving tours and talks. Harper primarily researched the depiction of soldiers and civilians during the French, Revolutionary, and Seven Years’ Wars. In addition to her website, she wrote two essays, four catalogue series, and three didactic wall labels looking at history from an artistic angle.

Brittany Bondi ‘19 shared her scientific insight in her research called, How Does the Environmental Film Impact Audience Behavior, Emotion, and Concern? Bondi held a screening of the environmental film, The Human Element for a sample group of students and gave them surveys regarding their mood, beliefs, personal actions, and concern level both before and after the documentary. She learned that although the film sparked motivation in the viewers to become more environmentally active, the sample group was not necessarily given examples of how to change the current state of the world. Overall, Bondi was able to meld her love for environmental science, social science, communication, psychology, and the humanities in her study and will continue to study the long term behavior of these sample groups overtime with repeated supplemental information, including a website that will debut in May 2019.

Lynn Porta ‘19 explored water politics in a study of, Transboundary Water Narratives of the Middle East – Sources of Understanding for the Politics of a Scarce Resource. She delved into the issue of treaties and policies between countries regarding water politics, including data analysis and extensive research of the roles of international institutions, technology, and food policy changes that affect international basins. Porta’s research stretched from the Jordan River Basin to the Tigris Euphrates River Basin, and covered security issues in Syria and Iraq. She also related her studies to current, closer to home water crises in Flint, Michigan and Puerto Rico.

Khun Minn Ohn ‘19 shared his insight on the political agendas of film festivals in a study called, Wathann Film Festival: A Public Sphere Promoting Independent Filmmaking in a Post-Dictatorship Myanmar. Ohn studied the Wathann Film Festival, which occurred during a time of political transformation in Myanmar. He described film festivals as public spheres, arguing that the Wathann Film Festival was created with an agenda during the post-military junta period. Ohn concluded that the festival was founded purposefully to break from the public sphere and foster the independent film scene while working alongside the political transition in Myanmar from 2010 to 2011.

Austin Nikirk ‘20 took an arts-oriented approach to her research and studied Floral Imagery and Birdsong in the Art Song of Amy Beach. Nikirk spoke passionately about Beach, an American composer, who pioneered women’s music performance and composition. Nikirk primarily studied Beach’s art songs, analyzing a variety of nuances in her stylistic tendencies, harmonies, and poetry. Nikirk described Beach’s modification of early strophic songs, and how she expanding upon melody and mood that was unprecedented for the time period. Ultimately, she intended to find how Beach used certain techniques to display originality and express emotion in her works. Nikirk will be singing songs by Beach during her junior voice recital at the Sunderman Conservatory of Music in March.

Laura Grace Waters ‘19 also studied in the art category with her research called, Facing the Past: Memory, Communication, and Intent in the Aesthetics of Holocaust Art. Waters studied abroad in Germany and was inspired by her visit to an art exhibition in Auschwitz. She decided to study the nuances of Holocaust Art in particular, including how it expresses victims, artist intention and style, and the response from outside viewers. Waters mentioned that there is a level of shock with Holocaust Art, and some treat pieces from the time artifactually. She called upon a few pieces in particular but hopes to continue researching more pieces of artwork for her capstone and explore why and how artists tell the stories of Holocaust victims.

Emily Wielk ‘20 presented her work, Larry Nassar and #MeToo: How Traditional Media Responds to Allegations of Sexual Assault. Wielk was inspired by posts and news reports of the sexual allegations of Nassar in 2017 and decided to analyze the media’s approach to the topic. She created a digital timeline with tweets, pictures, and summaries from before the Me Too movement through Nassar’s post-sentencing hearings. She read around 800 articles published during this time frame and analyzed the frequency of the article posts, which spiked in October of 2017. She will continue to research the impact of social media on the events.

Alex Xie ‘20 researched foreign trade in a study of Effects of the US-Singapore Free Trade Agreement on Bilateral Trade Flows and Foreign Direct Investment Flows. Xie wanted to investigate if the Association of Southeast Asian Nations (ASEAN) has increased trade following a 1993 trade bloc in which the government lowered tariffs and sparked a political economy debate. Xie used a gravity model to calculate the total trade between two countries at a certain time and ultimately compiled data of intra-national and bilateral international trade flows. He concluded that the free trade agreement increased bilateral trade and hopes to continue to research how certain countries in particular were affected by the agreement in a general equilibrium analysis.

Tyler Mann ‘20 went into the topic of The Energy and Economic Implications of Chinese Politics on Blockchain Technology. He first became interested in the topic when he studied abroad in China and got an internship with a financial technology company. Mann was intrigued by Bitcoin, a cryptocurrency, energy consumption, considering that China is a large producer and consumer of coal. He explored the factors that led to China’s control of Bitcoin mining and the implications thereof. He also tracked economic action and energy consumption in China.