Dodging the Bullet: Sharing Music Throughout the First Semester 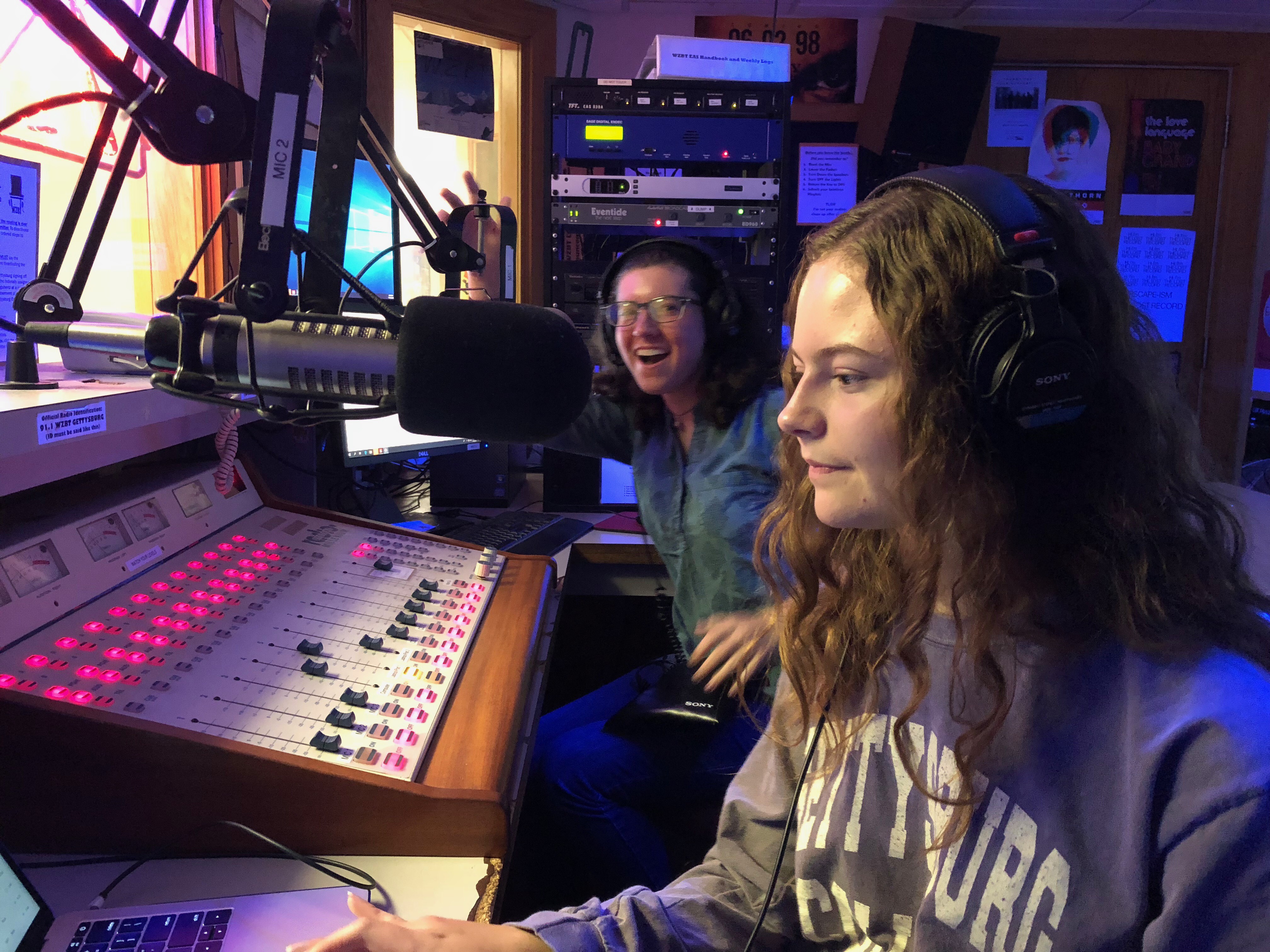 Danielle Sicotte ‘22 (left) reflects on her first semester as a Gettysburg student and remarks on some of her experiences, including her radio show with Sam Shourds ‘22 (right) (Photo courtesy of Danielle Sicotte).

I was in a serious freak-out mode.

It was the summer before college, and all day, I thought only of the scary uncharted waters that were ahead of me and all night I could barely sleep.

I imagined college as some sort of dystopian academic boot camp in which I would be forced to write essays on something like postmodern crocheting all day and all night with absolutely no time for fun.

Soon enough, the inevitable happened and I was left on my own in Gettysburg doing an obnoxious amount of ice breakers with a bunch of nervous strangers.

I had a pretty typical first few days at Gettysburg.

I was immensely nervous, but I also met some really great people who were in the same situation.

Once I had some friends and was “socially sound,” I turned my thoughts to getting involved on campus.

I knew I could not and would not play any sports or get involved in anything physically taxing, but I did have a great obsession of music resulting from years of non-stop exposure to classic rock and jazz.

Though I played an instrument, I did not necessarily want to join a band, but I thought something like a club would be enjoyable.

I was in limbo until the activities fair rolled around. Suddenly, a rainbow of opportunities unfolded before me in the form of muddled yelling and flamboyant tri-folds.

A friend and I went together and in the midst of this chaos, we signed up for anything we found remotely interesting.

The radio station had a stand, but at first, it didn’t catch my eye. With the radio station, I knew I could share my wonderful music obsession, but I was still skeptical.

I have never been much of a public speaker so the thought of an unknown number of people listening to my voice on the radio intimidated me a bit.

After convincing my friend to host a radio show with me, I felt much more comfortable with the whole idea.

We signed up and almost immediately started filling our first playlist with music masterpieces of The Beatles, Led Zeppelin, Pink Floyd, and so many others.

Before we could air our music, we first had to be trained on how not to totally destroy the station.

My friend and I decided to do the training together.

We walked over to the basement of Plank Hall and sat on hard wooden benches right outside the station.

We waited and waited, but no one ever came!

Instead, my friend, another person in the same situation, and myself talked about music for a whole hour.

I enjoyed simply talking about music with other music lovers, and I figured that this was what having a radio show was all about–sharing your passion for music with the world.

Though I was not trained that day, I left Plank Gym with even more anticipation to host a radio show.

Eventually, my friend and I did get trained, and our first show went surprisingly well.

We spent the hour awkwardly announcing and playing some of our favorite songs and even got a song request.

My fear of talking to our listeners completely disappeared within minutes and was replaced with even more excitement.

Now, I wait with anticipation for 2:00 p.m. every Friday when my friend and I open our very own radio show and rock the world.

Editor’s Note: This article is part of the 2018 edition of our series “Dodging the Bullet: The First Year Journal,” in which The Gettysburgian‘s staff members from the Class of 2022 share stories, reflections, and perspective on their first year experience. (-M. Neiman)