The Spirits of Stevens Hall 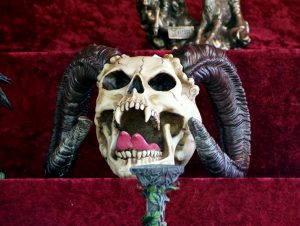 Gettysburg College is very unique for many reasons, one of which is the supposed ghosts that haunt our campus. We all know the story of the blue boy, although there may be some confusion as to what is true and what is false.

Stevens Hall, according to a blog about haunts and history, used to be a girls’ school called Pennsylvania College Prep School. The story goes that a young boy fled from his home where he was abused, and sought out shelter in one of the girl’s dorm rooms. The Head Mistress of the school came into their room to talk to them, and so they had to hide the boy outside or else he would be sent back to where he came from. Not until an hour had gone by were the girls able to let the boy back inside. When they went to let him back in, he was gone. Some stories recount footsteps walking away, some do not mention any further evidence of where the boy disappeared to.

I live in Stevens Hall. In the beginning of the year, my friends and I would joke about “haunted” Stevens. Ghost tours with spooky vibes would stop by our door only to have the vibe completely turned around by a bunch of goofy college students saying, “ooOOooo, blue boy!” However, times have changed. Must be the cold weather.

According to these websites, I am supposed to see blue boy looking into Stevens through the window, or “help me” written on the windows. It is still early in the year, but I have not yet experienced these things. However, blue boy is certainly not the only spirit that lingers around Stevens Hall.

My first personal experience was nothing short of the rise to the plot of a horror movie. But do not get your hopes up, this is solely because I am nothing short of a wimp. I was in my room after a long day of work. My roommates were in the library (science majors), so I decided to watch a movie.

All of the sudden, a terrible vibe came over the room. I had never felt more afraid for no reason. This could have been my imagination, but when I felt ready I stood up and went to the common room. I ran into two of my floor-mates who shared that they have had strange experiences including things randomly going missing. I also recounted items falling all around my room throughout the night, and my neighbor’s appliances being unplugged when he leaves the room.

My very spiritual friend and floor-mate, Elay Echavarria, has a lot of knowledge about these spirits. He says there is a “purple spirit who stands on the north staircase between the first and second floor. She is roughly 16 and wears a light cotton dress with short sleeves. Her hair is dark and her skin a dark shade of purple, and black eyes. The curious thing about her is that her aura seems to change with her mood. Sometimes she radiates a darker energy, other times a lighter one. She is friendly and seems to like giving high fives.” He says that she is not always in the staircase, she must venture into our rooms to cause trouble! Elay mentions a “red spirit who floats over only parts of the building with rugs. It is a male in a white button shirt and a black vest. He also has no legs, simply disappearing from the waist down as a mist. He seems mischievous, though he is not able to do anything. There is also group of miniature troublesome indigo spirits who like playing pranks on people (tying knots in shoes, pulling out plugs, knocking over things).”

Whether these spirits are actually here or not will never truly be known. However, after listening to Elay, I hope the residents of Stevens Hall (spirits and all) can get along peacefully.

Noelle Zimmerman '20 is an English major with a Business minor. She is a student assistant for the softball team, and she is a dog-walker. She will be traveling to Israel this summer, and studying abroad in Aix en Provence in the Fall of 2018.