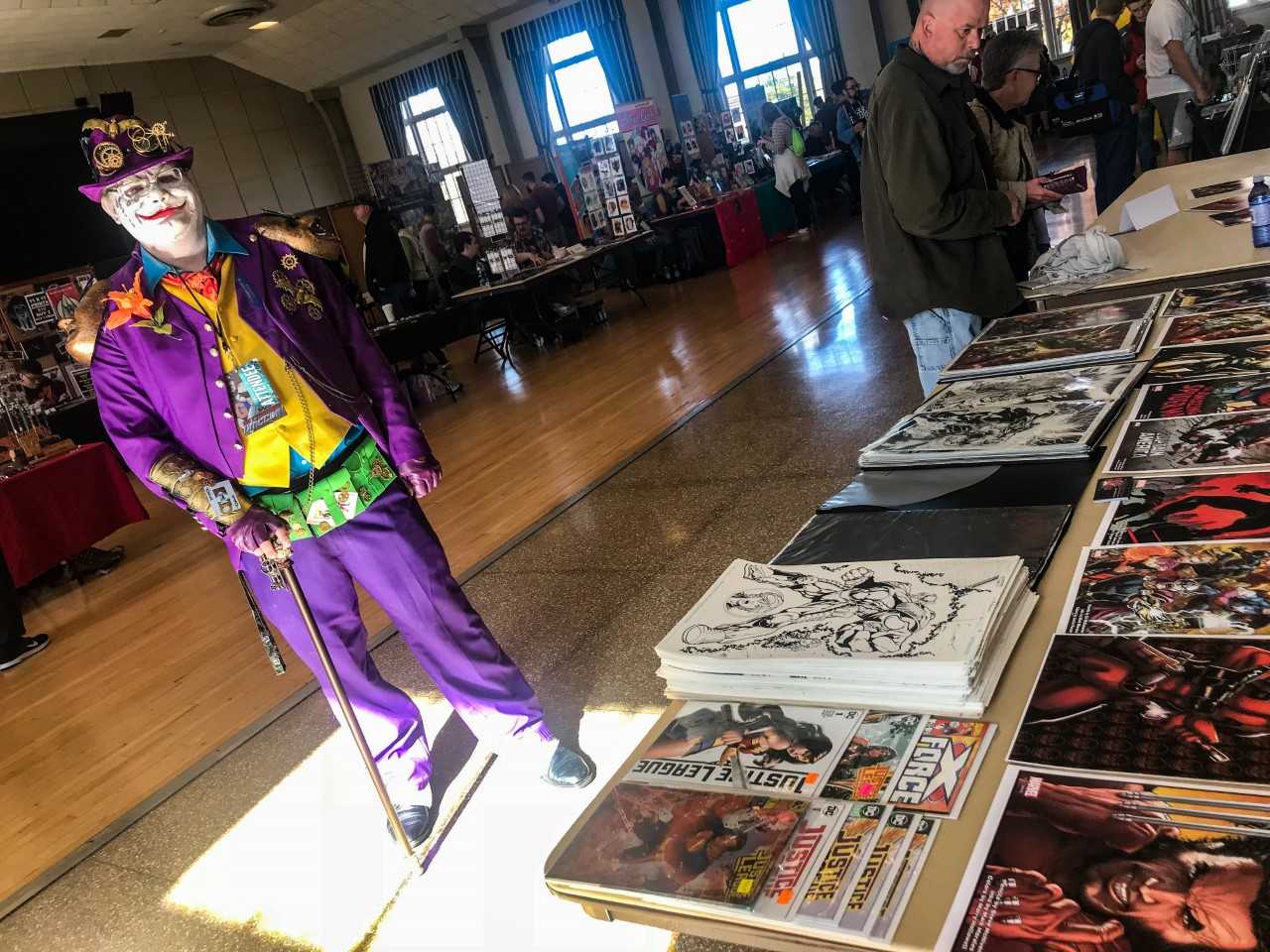 Art Sanchez, Holly Kritchen, and Monique Gore struck up an unusual partnership upon meeting at a showing of Black Panther at Gettysburg’s Gateway Theater earlier this year. Sanchez and Kritchen, the current owners of Fourcorners Comics in Gettysburg, pursue a passion for comics and gaming in the community by attending showings of popular comic-inspired movies at Gateway. Little did they know that their involvement in the community and meeting with Gore that evening would later result in Gettysburg’s first comic convention and breakout event: LincCon 2018.

The CUB was teeming with passionate cosplayers, comic book fans, and artists wielding their pens with passion and animatedly talking to their fans. This one of a kind experience offered visitors and volunteers an opportunity to indulge in comics of all kinds and meet the artists behind classic works.

Sanchez used his 25 years of experience in comic-collecting and reading to his advantage when reaching out to a multitude of artists that his partner, Kritchen, was happy to boast about. One of these artists was Mark Morales—an ink artist behind the works of Avengers and Justice League comics. Bombshell Comic Artist Amanda Serrand also offered an impressive collection of upcycled comic collages original to the industry. Serrand, from Aspers, Pennsylvania, was excited to see Gettysburg engage in this one-of-a-kind event, and eagerly spoke with visitors about the 400 pieces of art sold within her 3 years in business. Additionally, Gettysburg art professor and comic-artist John Kovaleski was humbled to talk on his features in MAD Magazine, and the newest success of his comic strip Daddy Daze. He also spoke with pride on his work in the Art Department and Gettysburg College’s impact on his success.

The day-long event had an incredible turnout with over 20 vendors and many cosplayers who came from near and far—including Gettysburg College alumni Michael Baker ‘99. The event ultimately brought not only alumni, students, and faculty together, but a band of Comic Fans from the Gettysburg community. Sanchez and Kritchen could not be happier with the turnout of the event, and aim to let attendees and readers know one last important message: “There is a whole world to discover in comic books.”

Kyra Pfeiffer '21 is a staff writer for the Gettysburgian, writing primarily for the Features section. Hailing from Scranton, Pennsylvania, she spends her time waitressing and watching any tv show BESIDES The Office. Kyra is an English and International Affairs dual major, and hopes to one day enter into the publishing industry.