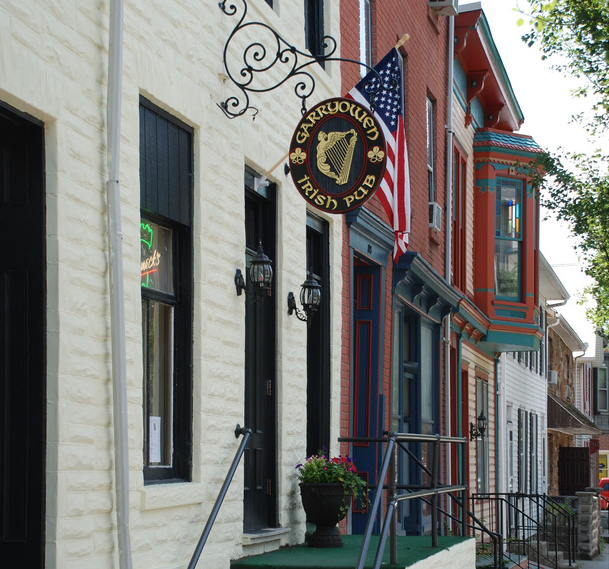 Saturday September 29, Mink’s Miracle Medicine is performing at Garryowen Irish Pub in Gettysburg in support of their new album, Pyramid Theories, so I spoke with Melissa Wright of the band to learn a little bit about her and the music. Wright shared a lot with me from the new direction of the band and what to expect from the new album to ancient aliens and the Pyramids in Egypt.

First, I asked Wright about the band’s new direction. When Mink’s Miracle Medicine was formed by Melissa Wright and her friend Daniel Zezeski back in 2013, the group strived to create “minimalism in country music.” Back then, the group represented an alternative to the mainstream pop-dominated country music; they stripped down country music to its basics. Their new singles off the upcoming album, however, are noticeably denser in instrumentation and feature more contemporary sounds. I asked Wright how the band has evolved over the last five years since those simplistic early days. She explained how the minimalist aesthetic of the group early on was started out of necessity. The group was travelling a lot and the band only had two people, so they made music within the limitations they had. Since then, Wright has developed more of a desire to experiment with new sounds and instruments. While she still likes to stay song-focused, their new music features more bass, piano, and keyboard.

Next, I asked Wright how the creative process behind Pyramid Theories was different than the process behind their debut album House of Candles. While it took four years to get their first album out, their second album is coming out just about a year after the first one. Wright said that she ended up writing a lot of songs that didn’t fit the first album, some of which became material for Pyramid Theories. She also claimed to be in a much better place in her life now than she was when she wrote the songs for the first record. The process of putting an album together in a year was not easy, and she said the band might take more time for their next album.

I wondered if the band was ever afraid of falling into a sophomore slump and failing to top themselves. Wright said, “yes and no.” She explained that the group takes an esoteric approach to writing music. “Everything is an expression of us living. We can’t let what other people think affect us because we’re just articulating our own feelings and experiences.” They try not to let any pressure bring them down.

What can people expect Pyramid Theories to be like? Wright admitted that there is no cohesive theme to the overall album, but they approached everything with a focus on songwriting and telling good stories. Zezeski also wrote and sings on one of the songs, which is a first for the group, because Wright usually handles all the songwriting and singing.

The title track of the album is already available to listen to online, so I had to ask Wright about the lyrics, which references aliens and ancient roman architecture. Wright laughed and told me, “Yes, I was watching a lot of Ancient Aliens and National Geographic documentaries about ancient cultures in Egypt and around the world.” She explained to me a theory which claims that the pyramids were built as a giant tesla cell powered by the Nile river, which was used to generate electricity. Wright is fascinated by these theories of ancient technology, but she assured me that this is the only song about this subject on the album.

Finally, I asked Wright what Mink’s Miracle Medicine has planned for the future. Wright is looking forward to an animated stop-motion music video for Pyramid Theories that the band is currently working on. Although they have no specific plans besides continuing to make music and perform, Wright told me that the band just wants to keep experimenting and having fun. Guess what? I got a fever! And the only prescription is more Mink’s Miracle Medicine!