Opinion: A Historical Parallel Between Trump-Putin Summit and Jay’s Treaty 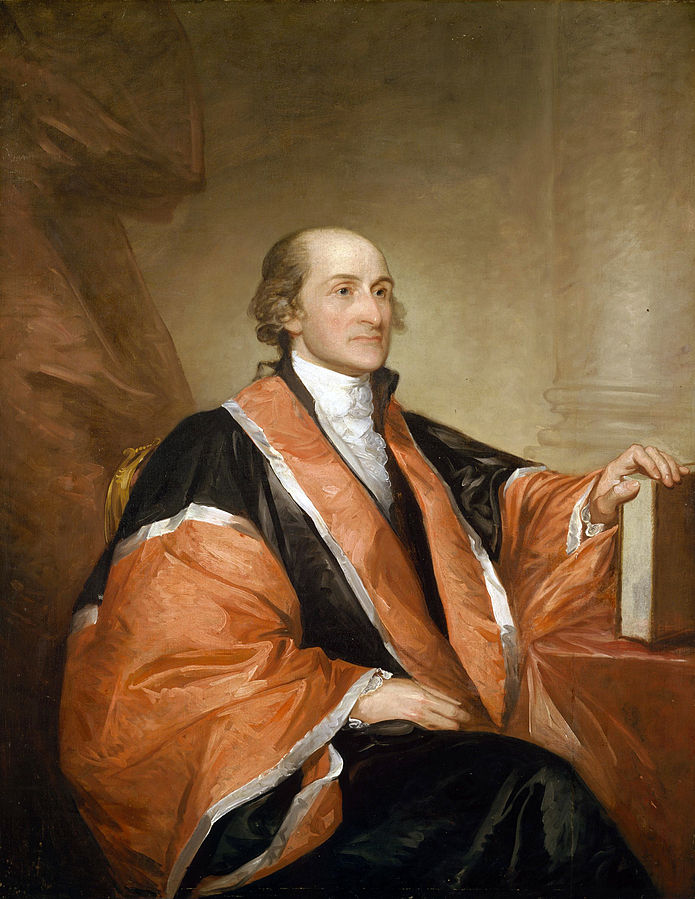 This week, President Trump once again grabbed international headlines with remarks made during an historic and controversial summit with Russian President Vladimir Putin. The meeting arrived amid an investigation into Russian interference in the 2016 U.S. Presidential election and suspected collusion between Russian officials and the Trump campaign. Just last week, the Mueller probe charged 12 Russian intelligence officers for offenses relating to digital security breaches of the Democratic National Committee and the Hillary Clinton presidential campaign.

It is with this conspicuous backdrop that Presidents Trump and Putin met to discuss significant global issues concerning their respective nations as well as world peace and security. The United States and Russia are the world’s two largest nuclear powers and have been playing a Cold War style game of geopolitical chess along the front lines of their spheres of influence. Topics of discussion included not only potential Russian election interference, but also additional consequential matters such as the Syrian Civil War, arms control, Crimea, and sanctions.

So why does it feel so much like Reagan’s similarly controversial and unprecedented meeting with Gorbachev in 1985 to discuss a cooling of tensions between the Soviet Union and the United States? After all, the Cold War ended in 1991, so we are told. Unfortunately, however, there are interests in domestic American politics (as well as in domestic Russian politics) who benefit from the fear mongering and inflammatory dialogue of Cold War-era relations between the two nations.  For so long, Russia has been the natural foil to the American democratic principles that govern and protect the world. In other words, many government leaders prefer to continuously paint Russia as the “Evil Empire” of the twentieth century rather than open productive diplomatic relations.

Diplomacy has a longstanding tradition of being contentious among those who would stand to benefit from the continuation of deleterious relations between two nations. In fact, one of the most widely investigated and momentous acts of American diplomacy occurred under the administration of George Washington. Known as Jay’s Treaty, President Washington presented to Congress and the American people a treaty that was largely viewed as providing conciliations and implicit endorsement to England at the expense of our French allies and American independence.

The popular response to Jay’s treaty was so widespread and extreme that even the apotheose George Washington was a target of animosity among his countrymen. In fact, Thomas Jefferson and many of his allies went so far as to call Washington treasonous for making a pact with the revolutionary enemy of the United States. In the 1790s, therefore, England held the foil status that Russia now bears.

One would be hard pressed to find an American today who considers George Washington to have been treasonous for negotiating with England. And historians widely agree that Jay’s Treaty was an important step in avoiding war with the world’s preeminent military power.  Those in power at the time generally acknowledged the danger to American independence and security if we were drawn into another European war at such a young age.

Americans need look no further than the headlines of some of America’s premier newspapers to see the dangerous rhetoric branding the democratically elected President of the United States a traitor to his country.  True, President Trump has a severe lacking in many traditional characteristics of American presidents, particularly concerning personality traits generally expected of the chief diplomat. But to discount a diplomatic summit between the Presidents of Russia and the US as treachery, a claim derived simply from personal animus towards the man himself, is downright dangerous.

We must never regard diplomacy as hazardous. Opponents of Jay’s Treaty would have liked to see a war between the United States and England, one that would have been devastating to the American people and the advancement of civil discourse between nations. By treating Russia as our enemy, as if the Cold War never ended, those opponents to President Trump’s meeting with Putin, and Kim Jong-Un, are normalizing dangerous rhetoric that would lead to war. And the truth is, diplomacy is always better than violent conflict. That’s why Nixon’s visit to China, Reagan’s meeting with Gorbachev, and Carter’s Camp David Accords are generally accepted as breakthroughs in diplomatic history. Both domestically and abroad, Americans need to follow in Abraham Lincoln’s footsteps and “do all which may achieve and cherish a just, and a lasting peace, among ourselves, and with all nations.”