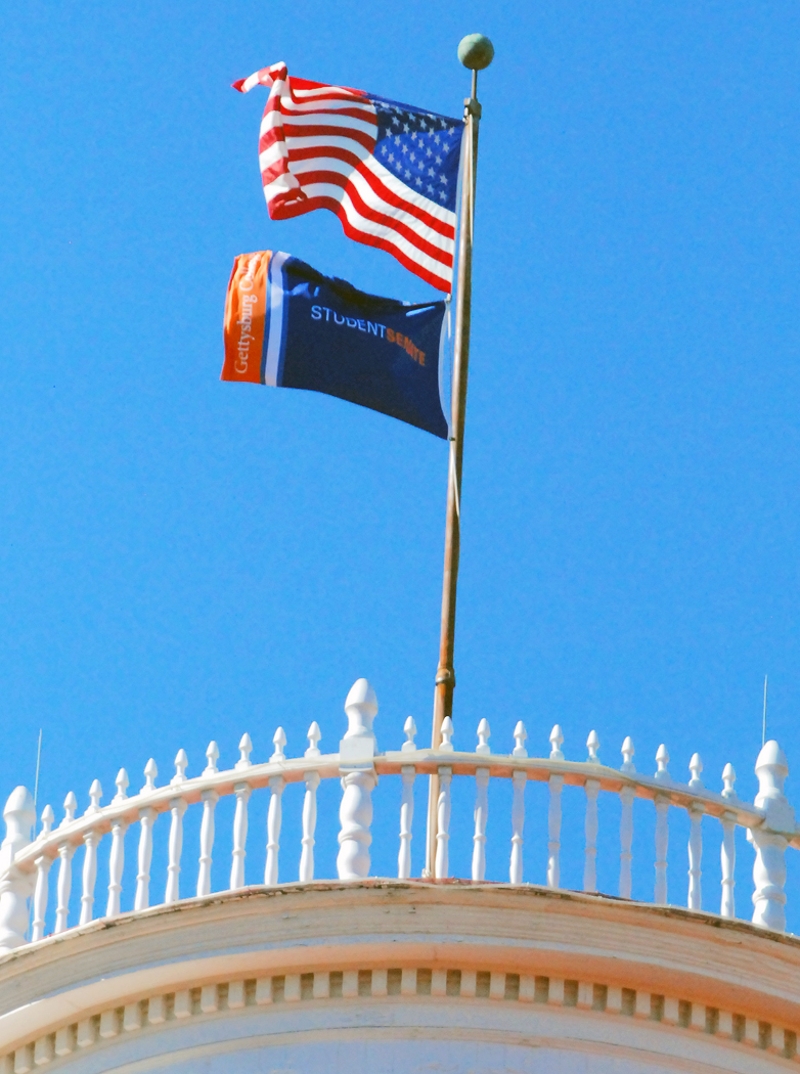 At long last, the Gettysburg Student Senate has finalized its executive board for the 2018-2019 Academic Year as Nick Arbaugh’20 emerged victorious after having obtained a narrow 39% plurality of the votes cast in the re-vote for Senate President.

Arbaugh defeated Anna Burns ‘19 and Alex Xie ‘20. Burns previously lost in the first, equally competitive election to Haley Gluhanich ‘19 who was soon after accused of voter intimidation and was ultimately barred from running in the new election. Unlike Gluhanich, however, Marisa Balanda ‘21, found responsible for similar misconduct during the election for vice president, which she lost, was eligible to run again for the position of Secretary, which she had won the first time around.

At Monday’s meeting, Balanda stood before Senate for the second time in hopes of securing the position. She began by addressing an opinion piece she wrote in The Gettysburgian that some senators found off-putting.

“It was not my intention to cause rifts within senate,” Balanda said. She continued to defend her actions as well as her character, emphasizing how “secretary was not the election under scrutiny,” and stating, “I have always been a rule follower.”

Despite voting to adopt the language that barred voter intimidation earlier this semester, Balanda criticized the Senate Constitution.

“The language of the constitution is ambiguous,” she said.

In accordance with the revisions to the Senate Constitution ratified earlier this semester, the secretary election is conducted among only sitting senators, and Balanda defeated both Xie and Charlie Williamson ’19, reaffirming her prior victory.

In a statement to The Gettysburgian, Balanda said, “I am eager to take on the duties of secretary, but I am also committed to revising and editing the constitution so that the language is specific, clear, and representative of the ideals stated within the mission of the senate. I am grateful to those members who voted for me to retain this position. It was the right decision, and I will serve my peers with diligence, integrity, and objectivity.”

Arbuagh, the previously the elected Treasurer, will fill this vacancy next fall.

The meeting was the last to be led by President Luke Frigon ‘18 and the other members of the 2017-2018 executive board.

Frigon applauded the body’s efforts to become “less of a piggy bank club and more of an activist body.”

In that spirit, the body approved spending $22,500 in remaining funds on installing water bottle filling stations in each of the six first-year residence halls as well as in Stevens Hall and Musselman Hall and in donations to four charities: Maya Fairbanks Memorial Scholarship Fund – Camp Northwood, Leukemia and Lymphoma Society, National Suicide Prevention Lifeline, and the Jay Spiese Memorial Fund.