Opinion: The Demonstrated Benefits of Trade 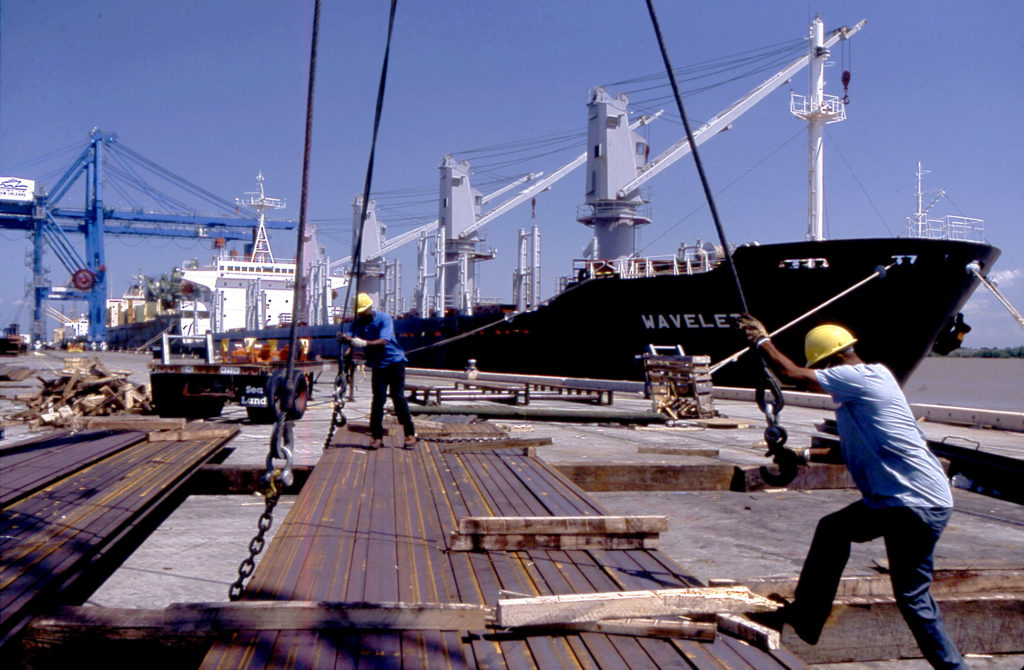 A worker loads steel on a wharf at the Port of New Orleans;  Kerr argues that Donald Trump’s trade policies needlessly risk a trade war with China (File photo)

The Republican Party appears to be stuck. For decades, it has stood on the principle of free markets enabling Americans to realize their fullest potential. President Trump’s first year in office saw the implementation of such beliefs in the tax cuts and deregulatory actions which are designed to unleash entrepreneurism, thereby accelerating economic growth. The President’s recently announced tariffs on steel, aluminum, refrigerators, and washing machines, however, have demonstrated just how far the GOP has strayed from the principles it supposedly holds dear.

Many Americans, and Republicans, seem to misunderstand just what tariffs are: they are taxes. Taxes on imported goods hurt every consumer of the good in question, including many domestic manufacturers of related products. More specifically, tariffs on steel have put the interests of about 150,000 American steel manufacturers above the millions of employees for manufacturers who are steel consumers. The increased cost of production will result in an unquantifiable loss of jobs within the American economy.

Republicans such as Pennsylvania Senator Pat Toomey, Speaker Paul Ryan, and even numerous Democrats, have come out against the irresponsible trade policies being implemented by the White House. Despite the benefits of free trade, namely economic development, decreased occurrence of interstate conflict, and lower prices for goods, Americans are being deceived into believing that trade has caused net job loss.

Worse yet, however, is the potential trade war with China that can quickly devolve into a new Cold War or induce a renewed depression-level economic crisis. American consumers are blessed with extremely low prices for Chinese-produced goods, empowering them to spend their additional disposable income on products in which American producers specialize. A trade war would make the US economy less efficient and throw a wrench in American relations with China, a dangerous possibility which could produce a massive stock market crash and economic calamity.

Although it is unfortunate that the administration has seemingly put a small group of Americans before the proven benefits of free trade, we cannot leave steel manufacturers behind. Federal and state programs exist for those who are unemployed from the unfortunate growing pains of an expanding economy. Although these programs face an immediate need for reform, they are a better answer to job loss than creating massive inefficiencies within the economy that result in even greater job loss.
America does not need a trade war with the rising superpower and major diplomatic and economic partner that is China. In fact, further political and economic interdependence with all nations is the most effective way to grow domestic economies and promote democratization. To ensure a prosperous future and for all of the reasons above, Congress must fight any efforts to impose tariffs and trade restrictions.