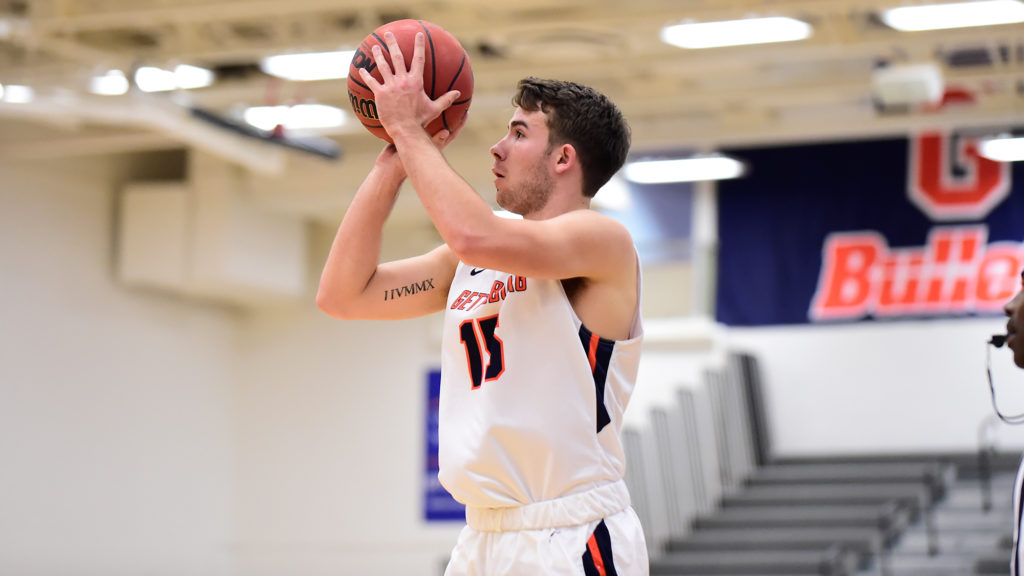 The Gettysburg College men’s basketball team punched their ticket into the Final Four this weekend with a win over Duke University.

The win, coming from an astonishing score of 114-35, proved to the basketball world that Gettysburg College hoops have arrived and don’t plan on leaving anytime soon.

“They really just whooped us. Now I know that I am the winningest Division I coach ever of all time, but these Bullets really just know how to play basketball,” said Coach Krzyzewski of the Gettysburg basketball team.

Gettysburg shot very well en-route to their incredible win, making a total percentage of 78.9% of their shots. They were able to put in 27 of 35 shots inside the arc, and 18 of their 22 three pointers. This would break the Division I record of 76.2% held by Vanderbilt.

Duke was a heavy favorite coming into this Elite 8 matchup. Being a second seed, they were favored most of the way through the tournament. Gettysburg, however, had a different idea.

After beating Dickinson’s Intramural basketball team in the playoff game, they became the first 18 seed to ever make the NCAA tournament. On their way to the Final Four, they beat BC Prienai, Troy Bolton’s East High Wildcats, and Kansas.

While the team as a whole has been performing phenomenally all throughout the tournament, the true beacon of inspiration has come from the freshman phenom Quavious Marshall.

Better known by his rapper name, “Quavo,” Marshall came to Gettysburg shortly before the beginning of the season. After dropping out of high school shortly before graduation, Marshall decided that he wanted to go back and finish earning a proper education. Once he earned his GED, Marshall enrolled at Gettysburg College as a physics major with minors in biology and philosophy.

While excelling in the classroom, Marshall has also excelled on the court. During the tournament alone, he has averaged 24.6 points per game, 12.7 rebounds per game, and 10.5 assists per game. His performance alone has given the Bullets a lot of steam as they head closer to the National Championship.

The tournament so far has been fairly easy for the Bullets, but the matchup with Duke was the toughest test they have had thus far. First-year Marvin Bagley III was the lead scorer for the Blue Devils, putting up 23 total points. Senior Grayson Allen was the team’s second leading scorer with 5 points.

However, before Allen could get his game going, he was ejected only 12 minutes into the first half for tripping several people, including 8 Gettysburg basketball players, 3 Duke players, Duke’s mascot, 15 people that were walking to the bathroom, Gettysburg’s head coach George Petrie and finally, himself. We attempted to interview him after the game, but he tripped our reporter on his way off the court.

While this game was a tough one for Gettysburg, their toughest games lie ahead. Many experts have considered this Final Four to be the toughest and most talented collection of teams in the history of the tournament.

Along with the Bullets, the other three teams to make it this far are 11 seed Loyola-Chicago, the legendary Tune Squad, and the Fernfield Timberwolves, led by Wooden Award finalist Buddy “Air Bud.”

While interviewing with Dicky V, Buddy said about their matchup with Gettysburg, “Woof woof, bark bark, grrrrr,” before he got distracted by a squirrel and took off before finshing his interview.

The Bullets look to continue their success this Saturday in the Alamodome in San Antonio at 6 p.m. against the Timberwolves for their shot at the national title.