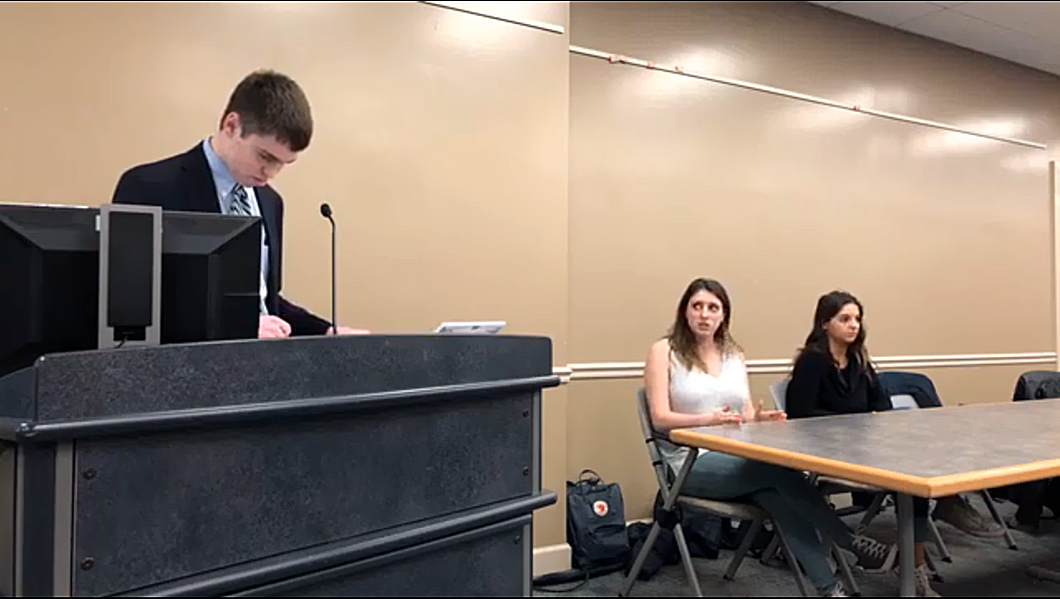 It was close, but, in a system where the popular vote rules, there was no electoral math to be done in declaring Haley Gluhanich ’19 the Student Senate President for the 2018-19 academic year.

The results of the presidential and vice presidential elections, which came after four days of campus-wide voting using a Google Form rather than the old system of using CNAV, were announced at Monday evening’s Senate meeting prior to a forum for the Treasurer, Secretary, Parliamentarian, and Clubs Liaison positions. While vote totals were not immediately available, current Senate Vice President Aimee Bosman called the races “very competitive” with a “lot of votes” cast.

Gluhanich, who defeated Anna Burns ’19, currently serves as a senator for the Class of 2019 and is President of the Campus Activities Board (CAB) and Co-President of College Republicans.

In last week’s candidate forum, Gluhanich pledged to build on the efforts of the current Senate to engage in campus activism and to seek to engage the entirety of the campus community in Senate’s work. She also said that her leadership style will be conducive to leading Student Senate.

“I say what needs to be said. I get things done. I send out a lot of reminders,” she said.

Custer, a member of Sigma Chi and a Resident Assistant who, like Gluhanich, is in his first year as a senator representing the Class of 2019, served on the committee that proposed the revisions to Senate’s constitution that reformulated how elections occur by creating affinity groups to more directly represent clubs, reducing the number of senators per class from seven to four, and removing the voting power of the Senate executive board as part of its endeavor to remediate four problems it identified with Senate’s operations:

After a candidate forum for treasurer, secretary, parliamentarian, and clubs liaison, senators voted to appoint nominees to those positions, which, under the new election rules, are no longer elected by the whole of the student body.

From April 10-13, the campus will vote for its senators. The results of that election will be announced next week.