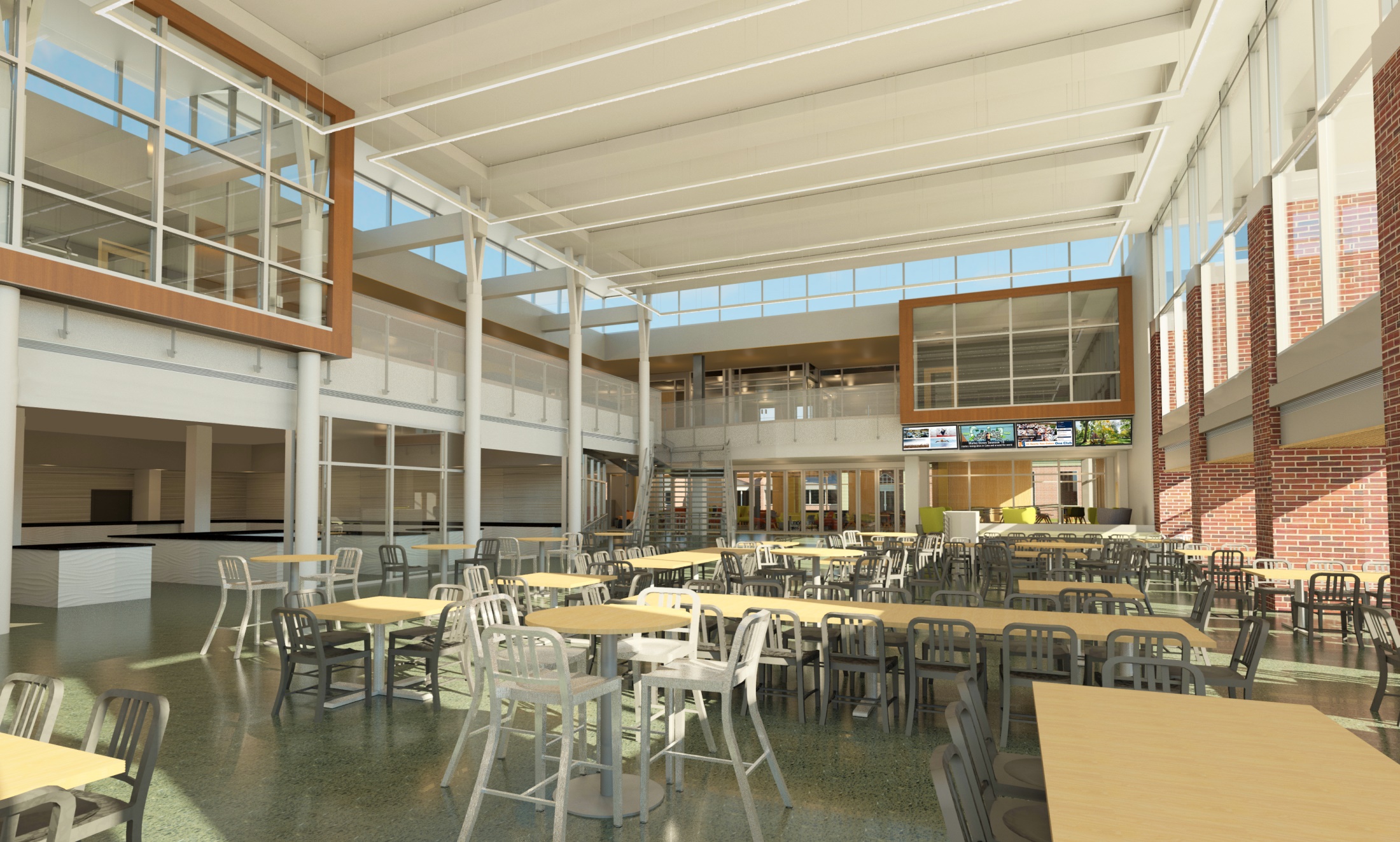 A rendering of the first floor of the re-designed CUB, including the Bullet Hole seating area (Photo courtesy of Gettysburg College)

In a meeting that was tame in perfect juxtaposition to last week’s fiery display, the Gettysburg College Student Senate unanimously passed the final version of the Freedom of Expression philosophy proposed by the college’s workgroup late last month.

With nary a statement of support or opposition — or even any questions — the body acted on a motion by Senator Jack Lashendock ’20 to approve the statement in a voice vote. It will now head to the faculty, which, according to Parliamentarian (and workgroup member) Pat McKenna ’20, will discuss it on April 19, and the Board of Trustees, which will discuss it in May, for final approval. Later, an email obtained by The Gettysburgian stated that a brief introduction of the resolution will happen at the March 22 faculty meeting with a vote on April 5.

Senate then heard from Mike Bishop, Manager of the Bullet Hole, about plans for the space in the new College Union Building, which will open next fall. His presentation, which featured renderings of how the new space will look and discussion of what the new facility will serve, sparked significantly more excitement from students in attendance.

Students were particularly interested in a firepit that will be outside the new facility, which Bishop said “will support all kinds of programming.”

Bishop also said that the new CUB (including the Bullet Hole) will have outlets “everywhere” to allow students ample access to charge devices and the Bullet Hole facility specifically will seat 185 in comparison to 120 in the current temporary space and 85 in the old space and will also have seating for 140 on an outdoor patio.

In terms of menu, Bishop announced that Kazue will serve sushi and other international fare on a regular basis in the new space and that he is eager to have steak night where steak and a potato are available in the $8-10 range (or potentially for two meal swipes).

While all the food options are not yet finalized, “The hot food choices are going to be endless,” Bishop said.

(Additional information on the new Bullet Hole facility and offerings is available in this article.)

Vice President Aimee Bosman ’18 and McKenna proceeded to outline proposed changes to the election process, elaborating on their presentation from a prior meeting with the planned timeline assuming Senate ratifies changes to its constitution at the second meeting after spring break on March 26 (constitutional amendments cannot be approved at the same meeting at which they are announced).

The proposed timeline is:

In addition to the timeline, McKenna said that Senate planned to begin enforcing the 2.5 grade point average (GPA) and fewer than six conduct point requirements for all candidates, which had not been done in recent years, and planned to resume electing junior senators for one semester at a time (requiring that elections be held in the fall for the spring semester) in recognition that many juniors study abroad.

Finally, Senate briefly discussed an email sent by President Janet Morgan Riggs announcing the creation of a new group to review facilities concerns; several senators expressed that they want Senate to appoint the student representatives, which, according to Senator Marisa Balanda ’20, was not the plan based on a meeting Balanda had with Dean of Students Julie Ramsey. President Luke Frigon ’18 pledged to look into the matter at a meeting of the Student Life Committee and articulate Senate’s desire to appoint representatives.

View renderings of the new Bullet Hole facility in the photo gallery here.

Editor’s Note: This article was updated at 2:33 p.m. on Tuesday to update the date of the faculty meeting at which the Freedom of Expression philosophy will be discussed. McKenna reached out to The Gettysburgian to clarify that he misspoke last night, and it will be on the agenda for April 19. At 6:22 p.m., based on new information obtained by The Gettysburgian, the article was updated to reflect that the motion to adopt the statement will be introduced on March 22 with a vote on April 5. (-B. Pontz)