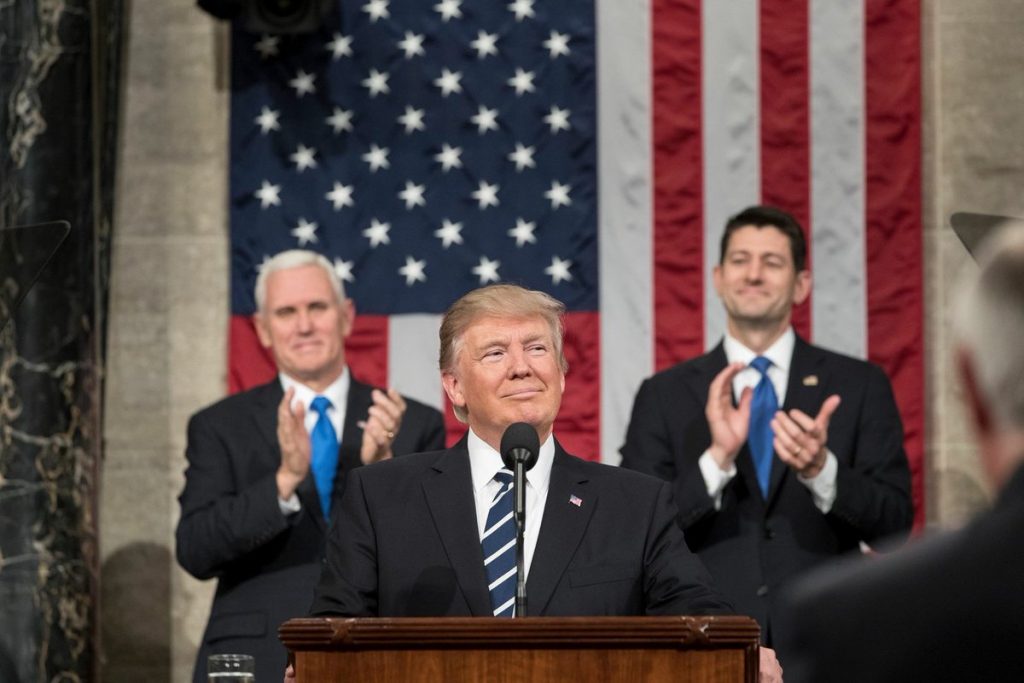 It is unclear how much applause President Trump will get at Gettysburg, but it’s hard to imagine exceeding the looks of joy here.

As part of his “Made America Great Again” tour to celebrate the heralded accomplishments of his first 100 days in office, President Donald J. Trump has planned a rally to be held at Gettysburg College later this month.

The event, co-sponsored by the Young Americans for Fascism and College Retrumplicans, will be held on the steps of the Office of Multicultural Engagement and will be titled “From Kellyanne to Bannon: How I’ve Embraced Diversity in My White House.”

Trump, whose warm embrace of taco bowls last spring put him on the radar of the Year of Food planning committee as a possible guest speaker, is expected to cover topics such as how historically Black Colleges and Universities are pioneers in school choice, how paid protesters (such as those at the Women’s March on Washington) tried to stifle progress on his #MAGA agenda, and how Lincoln is now only the second-best president in history.

“Believe me, they’re going to be renaming it the Trump Diner before you know it,” he said in a prepared statement.

Meanwhile, members of the Gettysburg Apoplectic Communist Collective (GACC) have pledged to construct a wall out of cardboard boxes in an effort to stop Trump from being able to speak.

“Now that we took down our display in the library, we have all these extra boxes,” said Bernie Warren, a member of the club. “We’re all about reusing things, so this seemed like a natural opportunity to take a stand.”

For his part, Trump launched a preemptive strike against The Gettysburgian.

He tweeted, “The FAKE NEWS Gettysburgian is a total hit job. I can’t even read anymore. SAD!”

And later, “Did you see that story in the failing @GCGettysburgian criticizing a WALL in the library? So dishonest. Walls are great — that’s why I’m building one.”

Press secretary Sean Spicer later announced that The Gettysburgian (and all other media outlets) would be prohibited from covering the event due to “biased, dishonest, and inaccurate reporting.”

After a swarm of angry journalists protested this decision, a spokesman for the Trump White House said that they had agreed to allow a reporter from the YAF Daily Record, Milo Yaf-anopolous, to provide full coverage, and, upon approval of his story by White House communications staff, it will be released to the rest of the media, which will be confined to Special Collections in Musselman Library during the speech to review hand-selected press clippings detailing the many accomplishments of the Trump White House in its first few months. 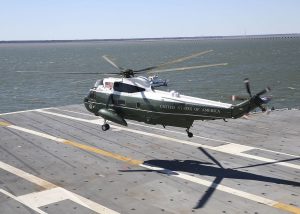 Marine One will land on Stine Lake prior to the address

“We want to educate the dishonest press on how we’ve ensured Obamacare will implode, which was really our plan all along, how we’re rolling back environmental regulations to allow for more coal production because we believe a lot of kids are going to be bad at Christmas this year, and how Vladimir Putin likes his steak cooked, er, I mean how we’re investigating traitorous leakers,” said a spokesman for the administration.

Although many Trump rallies have sparked security concerns, a spokesman for the Department of Public Safety said they were not at all worried about potential unrest.

“Gettysburg students, in our experience, love bombastic right wing speakers, so we’re not concerned about any unrest. If anything, we’ll be focusing after the event on making sure that no fights break out over the #MadeAmericaGreatAgain hats President Trump plans to throw into the crowd. They’ll definitely be a hot commodity in the coming days,” he said.

A college administrator who asked to remain anonymous expressed excitement for the visit.

“No one values diversity as much as we do … except the president. We’re excited to have his unique perspective and fearless work on full display at our historic institution.”