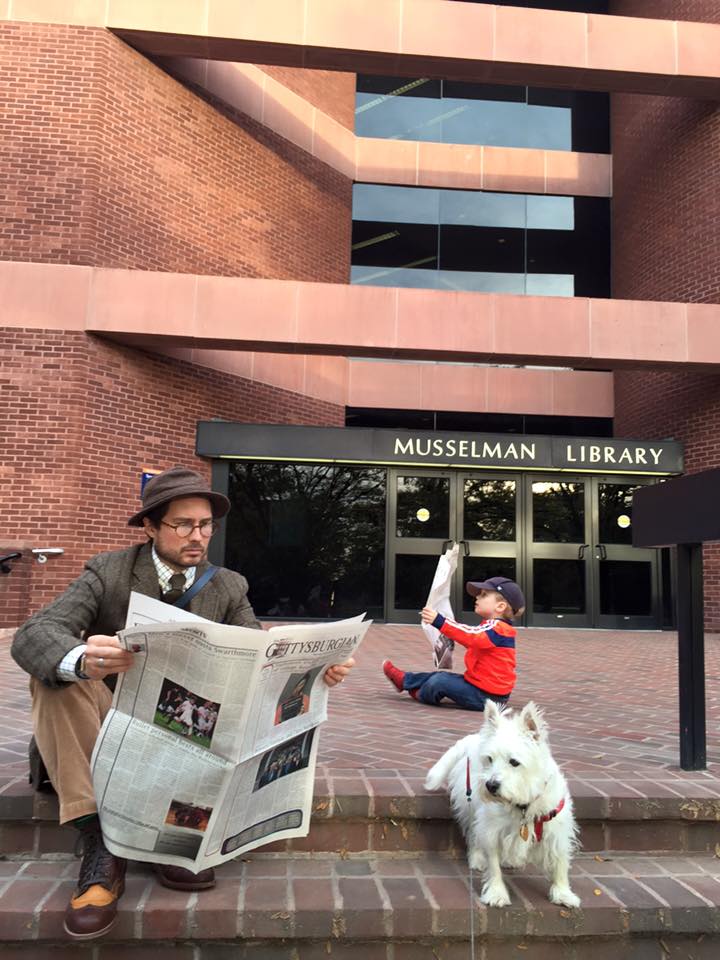 Penny, the beloved dog of Professor Ian Isherwood and his family, has died (Photo courtesy of the Isherwood family)

West highland terrier Penny, the beloved dog of Professor Ian Isherwood, has died.
Born from stardust at the dawn of time, Penny fell quickly into legend as the loyal guardian of House Isherwood.

A fierce adversary of skateboards, the wee (but mighty) dowager could often be spotted on campus comforting students during finals, patrolling the grounds, plotting world domination, and–most importantly–showing off her family: the most esteemed matriarch, the good doctor, and the young Henry. Though known for her sass and low tolerance for nonsense, Penny brought joy to many lives in the Gettysburg area.

Her physical presence will be missed dearly, but her spirit has taken the last ship to Valinor to chase squirrels in green pastures hereafter.