Home » Opinions » Response to “What to do about President Trump”

Response to “What to do about President Trump” 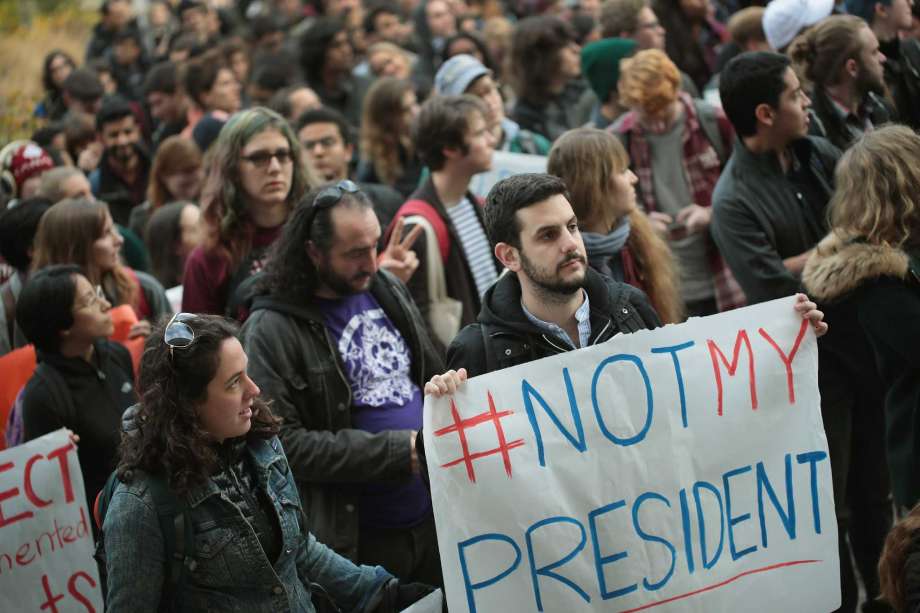 This article is a response to another article posted on Nov. 14, titled “What to do about President Trump.”

I would first like to point out that the writer is not entirely wrong in his claim that the Democratic Party has ignored the concerns of the middle of the country. I would argue that, while we do support a lot of the policy proposals that would help Middle America, we have failed to communicate them (see Hillary Clinton’s seldom-discussed plans for rural and coal-based communities). In fact, this failure to communicate has become a major issue in the election for a new DNC chair. However, I would like to stress that while there are some issues where the Democratic Party needs to better consider Middle America, there are other issues where the rights of oppressed groups are at stake (LGBT+ rights, criminal justice reform, gender inequality, etc.), and Middle America is less on board with changes than the coasts. Oppressed groups should not have to wait for the support of the entire country before pushing for change.

Now, onto the points of true contention. While I do agree that riots are not wise when public opinion is at stake, there are two places where the writer is severely incorrect in his discussion of them. First, he seems to think that these riots are the most extreme and uncalled for reaction to the results of a presidential election. I would like to remind him that the tipping point for South Carolina that led them to secession was the election of Abraham Lincoln. In response to this, he might point out that the Southern Democrats were the group that led secession or that there are talks in California of secession. I would respond by pointing out that in terms of ideology (states’ rights, tariffs, etc.), the 1860s Democratic Party more resembled the modern Republican Party. Furthermore, one ought to take the California secession issue as seriously as we took the 2012 Texas secession talks following President Obama’s re-election.

Second, the writer seems to be under the assumption that these riots are due to simple bitterness. He is woefully incorrect. These riots represent more than post-election blues from a group of liberals he would characterize as “entitled and self-righteous.” These riots represent a cry for help from individuals who are put in danger by Trump’s policies. For example, President-elect Trump has promised a repeal of President Obama’s pro-LGBT+ executive orders (no employment discrimination by federal contractors, no discrimination towards transgender individuals in schools with regards to bathroom use, etc.). Vice-President-elect Pence is an outspoken supporter of conversion therapy, which can lead to suicide. Finally, a Trump presidency empowers and validates hate groups, allowing them to more confidently and avidly spread their vile messages.

I just have a few more notes. For one, even if someone only got their news from political satire programs, they would be pretty well informed on actual comments President-elect Trump has made. As the expression goes, the joke wrote itself. There’s a campaigns-worth of material that one has valid reason to feel threatened by (presenting Mexicans as criminals and rapists as the norm, Muslim ban, John McCain’s status as a war hero is diminished because he was captured, pussy-gate, etc.). It is unfair to call it “fear mongering” if concerns are based off of direct quotes taken in context.

Additionally, towards the end of the article, the writer asks the campus community to give President-elect Trump a chance. We are, but considering his decisions to put Steven Bannon (former chairman of Breitbart News, an alt-right news blog) on as his chief strategist and senior counselor, Myron Ebell (a climate change denier) as the EPA transition director, and Vice-President-elect Pence as transition director (where he will assuredly recommend anti-LGBT+ appointments), it’s not looking good.

Finally, I would like to ask the writer what makes him think he understands racism, homophobia, and fascism more than the communities who experience them? As a member of the LGBT+ community and a Jewish person, I probably know a hell of a lot more about homophobia and fascism than he does. If he wants to engage in some in-person civil discourse over these “buzzwords,” my door is always open and I am always in the mood for a healthy public discussion. No keyboards. Face to face. Game on.