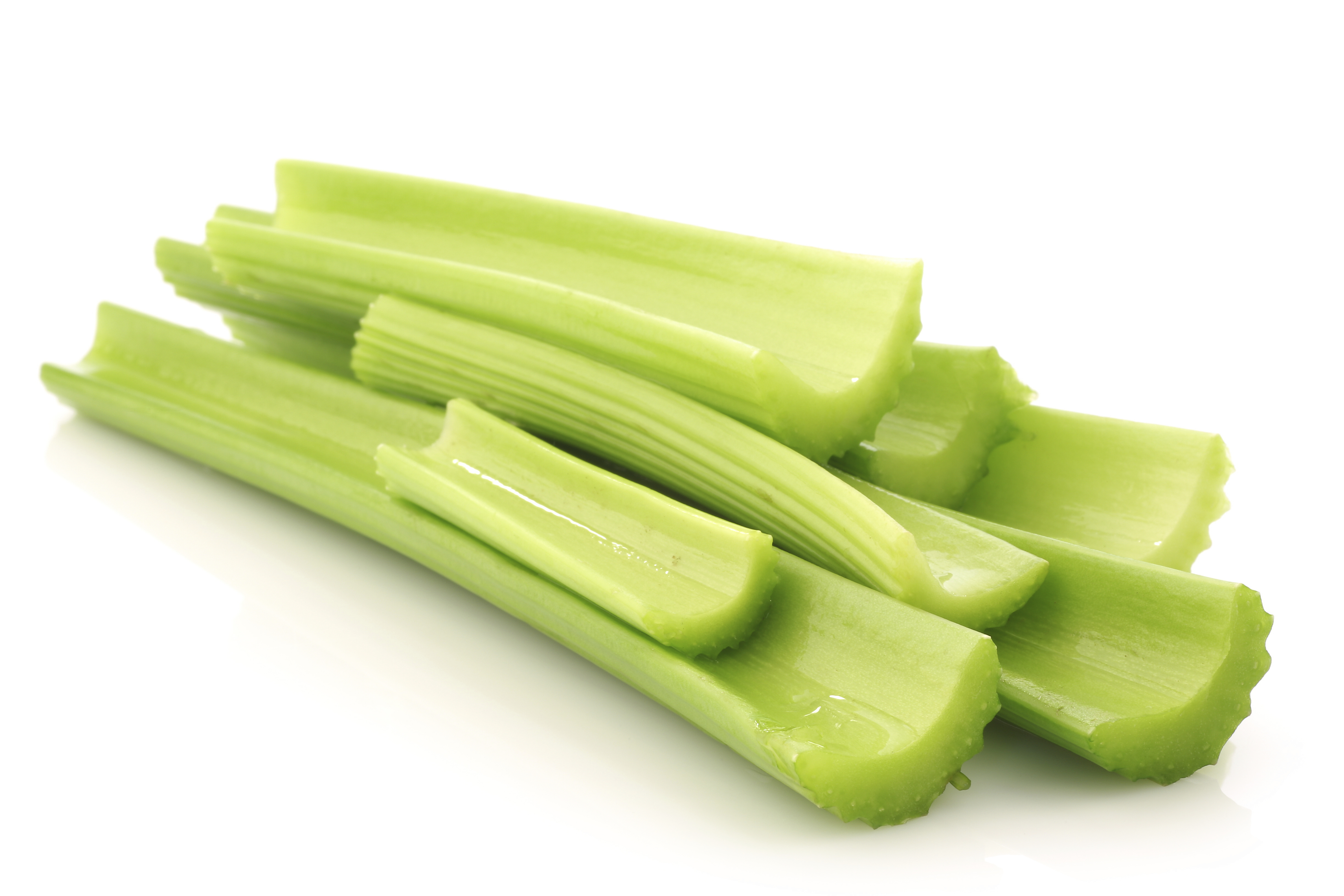 It seems to me more people are used to hearing the sound bite “chewing celery burns calories” than that other one that goes “eating less and exercising more burns calories.” And so, I would like to dedicate this article to this one topic, which, for one reason or another, fires me up more than most issues in the field of nutrition (and that includes the rising rate of obesity and Type 2 diabetes).

Tempting as it is to give a simple answer to this seemingly simple question, I would prefer to tackle this from a different standpoint so that the takeaway can be crystal-clear. Let us begin by examining the nutritional profile of celery.

In one medium stalk of celery (roughly 40g), there is: 0g of fat, 1g of protein, and 3g of carbohydrates, bringing us to a whopping grand total of 16 calories. Granted, the carbohydrate make-up is roughly 2g of dietary fiber, and, because I do not feel like getting into the nuances, I will leave it at 12 to 16 calories. So it is somewhere in that range. I know I just threw a lot out at once, but are we all on the same page? Good, let us proceed.

The math (bear with me here)

How many calories would one burn in chewing said stalk? Well, I am going to make the bold assumption that it would not take more than 12 nice bites to finish it. Actually, after writing that sentence, I decided this issue is too important to leave to estimations, so I took it upon myself to buy a veggie cup from Bullet Hole and conduct a test run. I was wrong. It took me 15 bites.

Lucky for us, the Mayo Clinic apparently conducted research telling us we expend approximately 11 calories in an hour of gum-chewing. As it stands (and yes, I had to chew a second stalk of celery to arrive at this number), it takes me around 20 seconds to chew the entire medium stalk. I chewed slow to give proponents of the “negative calorie” theory the benefit of the doubt. 11 calories in an hour comes to about 3.67 calories in 20 seconds.

Let us review what we have learned today. A medium stalk of celery provides us with 12-16 calories. Chewing said stalk takes about 20 seconds. According to research, that equates to about 3.67 calories. The difference between the two is a net gain of 8.33 to 12.33, meaning 8.33 to 12.33 calories were consumed.

Celery is low in calories, correct. But, all variables considered, you will not burn more calories eating it than you consume. This is a hard concept to grasp, but the only way you will burn calories is through a caloric deficit, exercise, or a combination of the two. Happy April 1st, all!