Home » Opinions » The recent fear of ebola outbreak is unwarranted

The recent fear of ebola outbreak is unwarranted 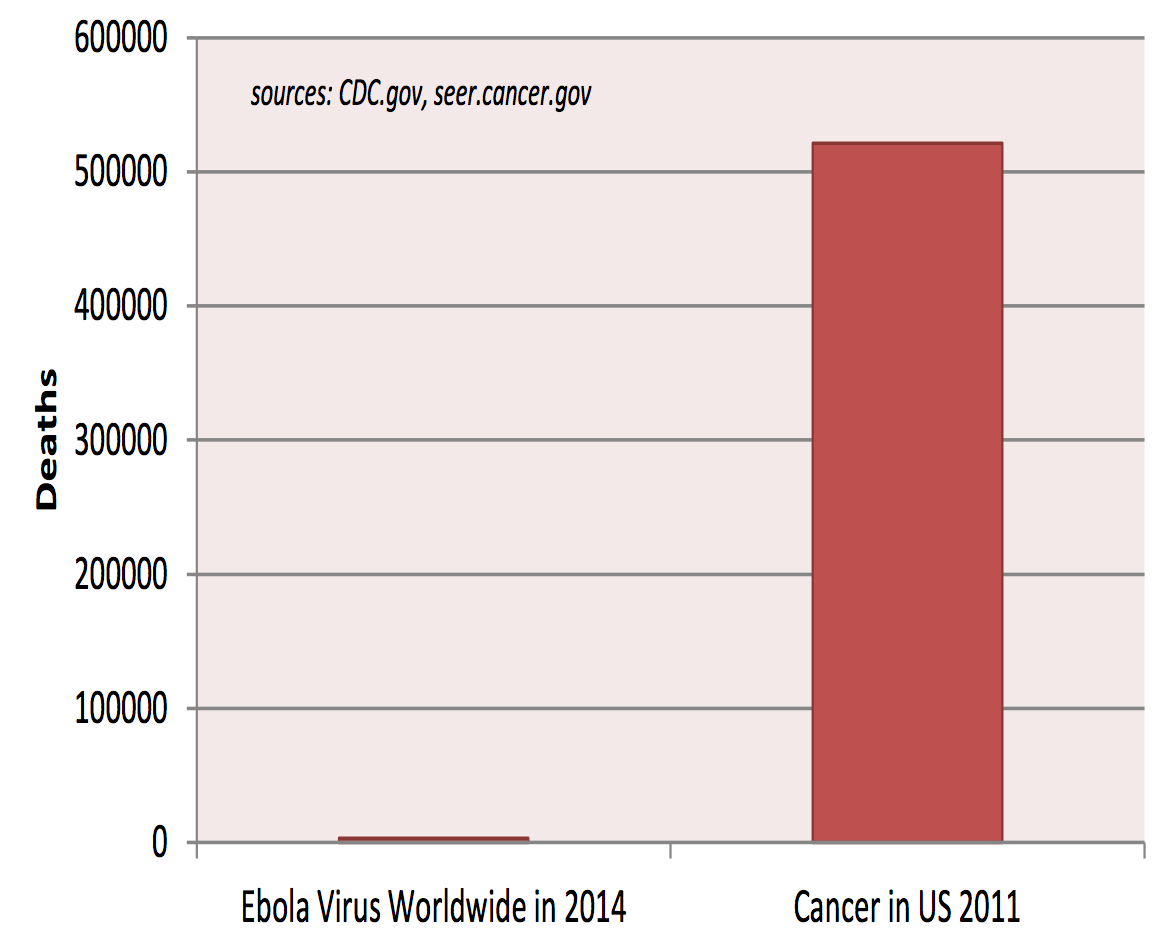 The recent ebola virus outbreak, while concerning, does not warrant the amount of media presence it has received. Cancer, for instance, far exceeds the ebola virus in terms of deaths resulting from it.
(Photo Credit: Google Images)

Remember the Avian flu? Mad Cow disease? SARS? These, and other overblown diseases, took up a majority of television news time when they came to America or the CDC released a new report on the subject. None of these diseases killed a significant amount of people in relation to normal diseases in the years that they spread and all were contained quickly without creating a worldwide epidemic. This is not to say that they are not important or could not have become terrifying epidemics with tens of thousands of deaths, but that the sensationalism of media over the hottest disease skews what the real focus of our medical efforts should be.

The total combined deaths from Ebola, Avian Flu, SARS, and Mad Cow disease are less than 5,000. Influenza alone killed almost 49,000 people in the United States between 2003 and 2004. If you ask anyone today what the worst disease of our time is, they would probably say Ebola because it is constantly talked about on television. And although the disease does need to be countered globally, its effects are miniscule compared to the constant yearly battles against cancer, heart disease, and neurological diseases faced by hundreds of millions of people worldwide.

There should be no attraction to hearing about Ebola every day and learning how many dozens of new deaths there are or what some medical leader in some European country said. The disease is new and thus interesting, but in terms of real significance it is weak and will go the way of the Bird Flu or West Nile Virus in terms of media attention.

The media is filling in the role of entertainer as it creates death tallies and gives daily reports about what, in our lives, is less than nothing in importance. It is strange that people are more interested in Ebola, which is based on a continent to which most American viewers will never travel, than diseases like cancer or heart disease which will probably be what kills them.

But what would television news that actually cared about medical science look like? The newest discovery in cancer research or other major diseases sometimes gets coverage, but the painstakingly slow process of research and the constant unbearable death tolls of these diseases would likely cause fatigue.

The only way that medical discoveries could get covered by television news is if they had some sort of number attached to them, like the stock market. Entire networks are devoted to discussing the ups and downs of the biggest American companies and the stories that caused temporary disturbances in the perpetual progress of the market.

Such ideas are mere fantasy, because the only lesson that the media teaches us about the American consumer is that they are infantile. Worse than that, the news functions as a business of entertainment rather than education because of its need to generate profit. The Ebola Hype is just another example of infantile consumers driving an aimless media.