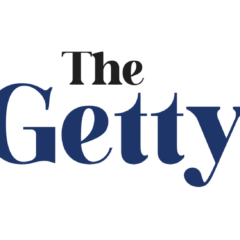 April 15, 2022: Miranda Zamora and Geoffrey Meadville on the Future of Student Senate

Posted By Carter Hanson and Phoebe Doscher on Apr 15, 2022

Episode #2 of The GettysPod begins, as always,  with the weekly news briefing, hosted by Phoebe Doscher and Carter Hanson. Then, Doscher talks to President-elect Miranda Zamora and Vice President-elect Geoffrey Meadville about their election victories and how they hope to lead Student Senate next year. Reporting for this episode was contributed by Nicole DeJacimo, Laken Franchetti, Alli Dayton, Gracie Meisner,Victoria Staub, Jack Herr, and […]

Posted By Phoebe Doscher and Carter Hanson on Apr 8, 2022

One year after the release of the last episode of On Target, The Gettysburgian returns to the world of podcasting with this, episode #1 of The GettysPod. This episode begins with the weekly news briefing, hosted by Phoebe Doscher and Carter Hanson. Then, Doscher talks to chemistry department Chair Tim Funk about Gettysburg’s new 1/2 and 1/4 course credit system. Reporting […]