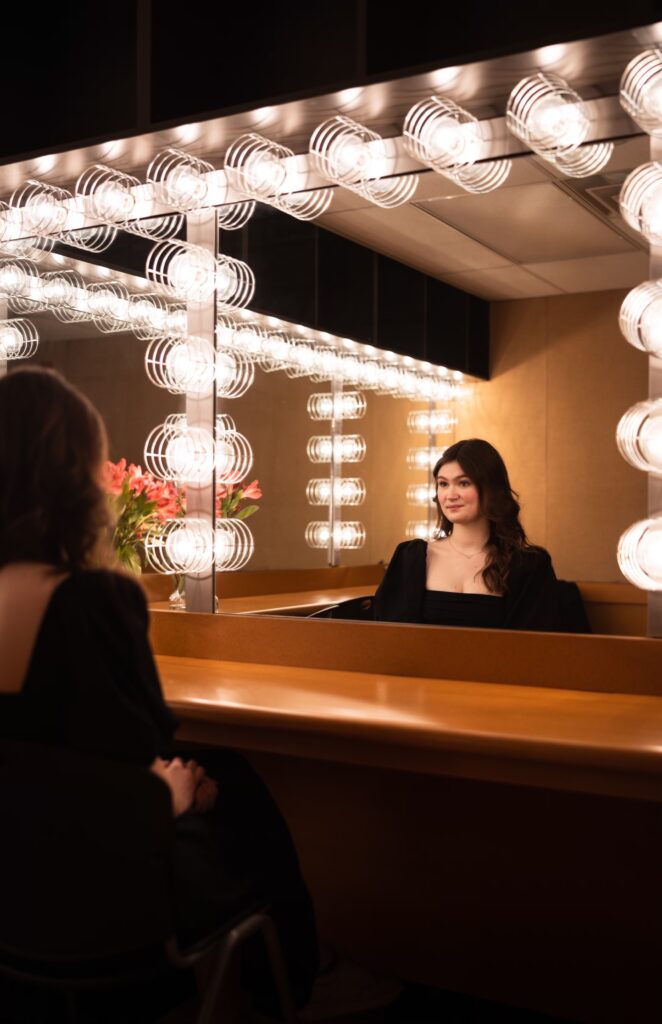 On Sunday, Dec. 11, Laura Duffy ’23 performed her capstone recital “After All.” Laura performed nine songs at Kline Theatre to represent her career as a theater student in both high school and college. The stage was set with outfits from musicals Duffy performed in over the years. All songs performed were solely from plays she was in, except one from “Something Rotten” to exemplify what it would be like to play a female disguised as a male in lieu of performing a song from “Shakespeare in Love.”

Special appearances included Dante Brattelli (her boyfriend) Aren Duffy (her brother) and Zachary de Besche ’22. The stage was set with outfits from musicals Duffy performed in over the years.

The nine songs she sang are adapted from popular musicals such as “Big Fish,” “The Light in the Piazza,” “Into the Woods,” and “Footloose.” The decision to sing these nine specific songs from these different plays is because Duffy was cast in all of them, some of these featuring her as the lead actress.

She sang “You’re the Top” from “Anything Goes” with her brother Aren Duffy. Before performing it, she said the reason this song and musical holds so much importance is the fact that she performed it with her brother many years ago, and she wanted to revisit and reexperience the magic that a familial bond holds on stage.

As well, Duffy performed “Almost Paradise” from “Footloose” with her boyfriend Dante Brattelli. Like her performance with her brother, Duffy said she wanted to return to the feelings of performing with a loved one in a play they performed in together in the past. Not only did Duffy and Brattelli perform in “Footloose” together, but they performed as a couple in the play who had to overcome the hardships that relationships inevitably create. It was a touching moment for the crowd to witness and arguably received the most applause and attention.

Afterward, Duffy said, “My capstone actually ended up being special in ways I didn’t predict. For me, the most wonderful aspect of the performance wasn’t necessarily the singing itself, but rather the collection of people I was able to bring together—all of my friends, family, professors, and mentors who shaped my college experience. Of course, I was also thrilled to be able to present a program that consisted of so many songs that were meaningful to me and my journey as a performer.”

Duffy also said the video recording of her capstone performance will be viewable in the Cupola.