Home » Features » Postcard from Abroad: 10,000 Miles From Home, Yet the World Has Never Felt Smaller

Postcard from Abroad: 10,000 Miles From Home, Yet the World Has Never Felt Smaller 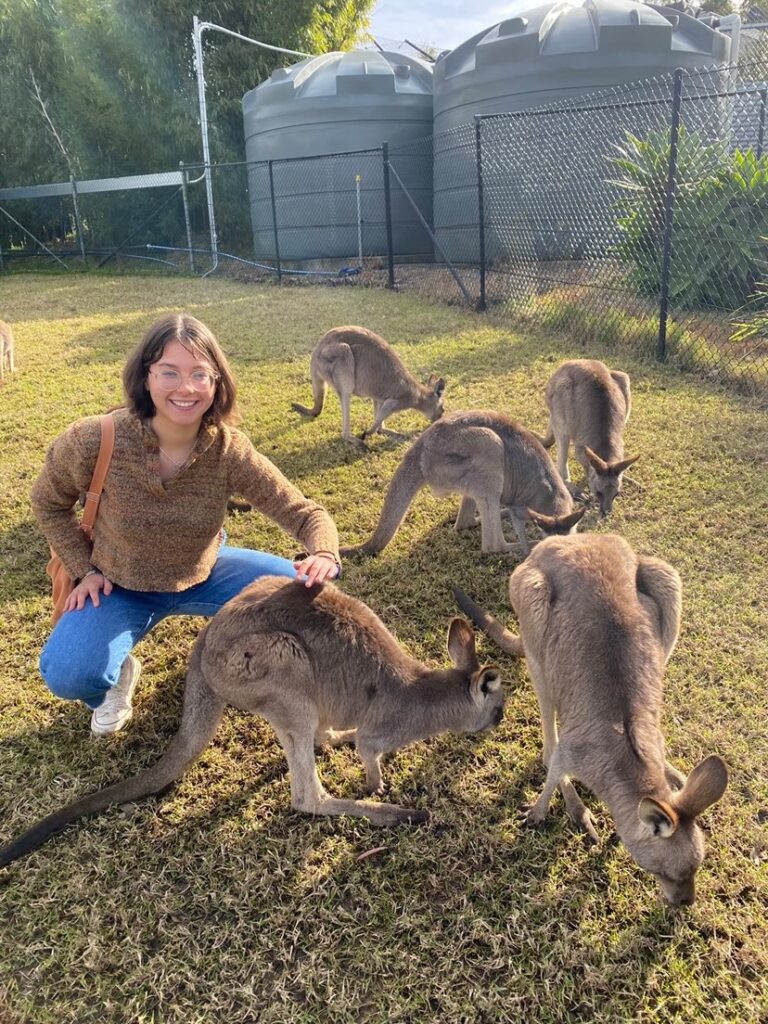 Wollongong, Australia – I have been here for five months, and just this week, I found myself running across the Sydney Harbor to catch a boat that I ultimately missed. No matter how perfectly organized, it wouldn’t be the first time things simply did not go to plan.

When I chose Australia, I envisioned a semester of endless sunny skies, jammed-packed days spent going to class, and afternoons on the beach. However, during my first few months here, it frequently rained, with weeks where the weather app predicted rain constantly. Before Australia, I typically spent rainy days in my dorm watching movies. But after spending a few days doing that here, I knew I had to make the most of it despite the weather. Thus, no matter how gray the weather was, my friends and I would put on our raincoats and umbrellas and explore the city. During these adventures, I learned many things, like how no matter the weather, a good attitude makes a world of difference and that my raincoat is not actually waterproof.

More recently, the weather has been on our side. And with it has come some of the best adventures I will look back on for years. In September, I traveled up the east coast to Brisbane, where I went to Australia Zoo. At the zoo, I saw copious amounts of Australian wildlife, ranging from koalas to kangaroos. I then headed north to Cairns, where I snorkeled in the Greater Barrier Reef, which was full of multicolored coral, schools of fish, and miles of crystal blue sea. Closer to home, I have special memories of the Sydney Opera House, Bondi Beach, and the Blue Mountains.

Throughout this semester, my suitemates were composed of other international students from around the world, like the United Kingdom. While I did not expect this, it was a wonderful surprise that enhanced my time abroad. Living and studying at the University of Wollongong, I have been immersed in Australian academia and culture and the cultures of my suitemates through cooking, chatting, and exploring. Some of my favorite nights have been at local restaurants with my fellow international students and Australians and chatting about all our various experiences and interpretations from our different cultural backgrounds.

I have also learned to take time for myself. Everyone has a pretty different schedule here, and I have learned that it is good to explore places whether I have someone with me or not. Thus, every Friday, I explore the local market. While it is important to travel the country and see all the touristy spots, some of the best conversations and experiences I have had are in my local town. My home here is a host to some of the best food I have had and the most incredible places, like Fo Guang Shan Nan Tien Temple, one of the largest Buddhist temples in the Southern Hemisphere.

Overall, living abroad is not just sunshine and rainbows. It is days with ups and downs and a series of things not going to plan. But what I have found here that I haven’t found before is a sense of how big the world can be. And yet, no matter how different our distant hometowns are, I have found nothing but commonality with the people around me. Somehow, this makes the world feel smaller and a little less daunting than before, so much more interconnected than I had realized. And as I wrap up the semester, I know that I will always look back fondly at my time down under.

This article originally appeared on page 7 of the December 2022 edition of The Gettysburgian’s magazine.