College Community Reflects on Safety in Light of Incidents this Semester 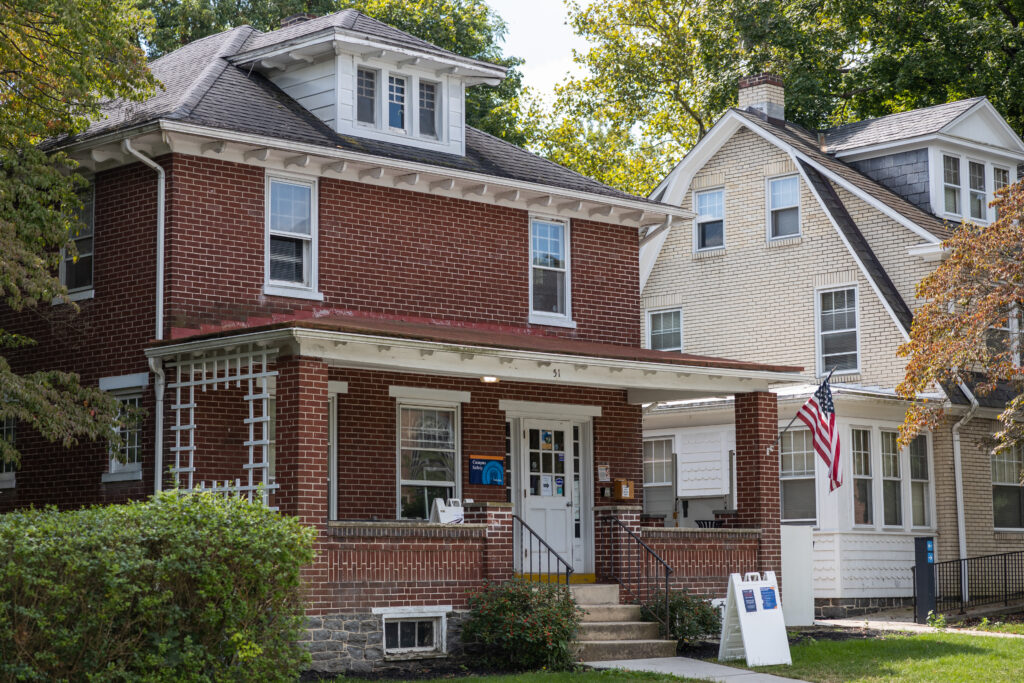 When asked about safety on campus, co-chair of the Senate Safety Committee Vivek Rallabandi ’25 said, “There is no question that this semester has been particularly eventful in terms of the safety concerns our campus has dealt with.”

The events Rallabandi referred to include the aggravated assault near Diaspora House in September, a report of a student being “roofied” at an on-campus social event, a vehicle driving around Carlisle Street and Lincoln Avenue shouting slurs and obscenities at students of color, and a hidden phone recording students in the bathroom of Sigma Alpha Epsilon (SAE), violating the privacy of numerous partygoers in October.

These incidents come at a time when Campus Safety, previously called the Department of Public Safety (DPS), has made multiple changes to its procedures and protocols , in addition to its name change.

Amongst these changes included the inability to access other student’s residence halls. In prior years, students could use their ID to swipe into each other’s halls.

Director of Campus Safety Alex Wiltz said, “Students expressed concern about other students being able to access residence halls that are not their own, so the change was made in response to a safety concern communicated directly by students. Students can still let their friends in to a res hall, but people cannot randomly walk in now.”

Director of Residential Education Danielle Phillips offered her perspective on this change, noting that, “[Residential Education is] excited about…the installation of additional card access on residence halls that did not have card access previously [and] securing residence halls by only permitting access to each hall by the students who reside there.”

Wiltz also said that the uniform and name change were meant to signal differences between police and “safety professionals” on campus.

“Campus Safety changed its name to signal that they are focused on keeping our internal campus community safe to the best of their ability. Their mission is to serve our students, faculty and staff,” he said.

He added that, “The new uniforms are designed to make Campus Safety less police-like. They are not police officers.”

Campus Safety also reduced its office hours to close at 4 p.m. A campus-wide email from Wiltz in early October said Campus Safety intended to hire more staff to make it possible for office hours to extend until 8 p.m. and allow for weekend hours between noon and 8 p.m. as well.

Phillips applauded this change, stating that Residential Education is excited about “Campus Safety’s continuing response to challenges with changes such as increasing office hours and ways to contact officers.”

Wiltz emphasized that regardless of their office hours, students should call 911 if it is an emergency, and said this has “always been the case.”

Campus Safety also implemented a text service in October to expand communication opportunities with them.

Students have expressed concern, despite these changes, with the way safety is operated on campus.

Dallas Hardee ’23 said, “For the nearly four years that I’ve been at Gettysburg, I’ve always been aware of the danger on campus, especially as a woman. I wish I could say that campus safety conditions have improved throughout my time at Gettysburg, but repeated incidents of sexual assault and racist attacks on students continue to prove that this campus is not safe.”

Clayton Brosend ’24 believed some of the recent changes “demonstrated failing marks on the part of the administration’s receptiveness to student concerns.”

“The administration’s decision to fund 80 billable hours of increased Gettysburg Police Department presence on campus is a tone-deaf response that does more harm than good in terms of equity and overall campus safety,” explained Brosend. “It is a tragedy that we are calling on police— aggressors with a growing record of misconduct against all demographics of college students— to solve problems for which we have local, more accountable resources to address.”

“The truck that had been hurling slurs at people was reported to [Campus Safety] multiple times this semester as well as last semester.” said McGrath. “I feel that the role of Campus Safety this semester has been to get more money out of kids for parking tickets and protecting everyone else except the students.”

“I do not care what your profession on campus is, when I am walking to class at 8 a.m., I should not be called derogatory remarks by employees of the school driving around in Gettysburg College vehicles,” she said.

Sociology Associate Professor Brent Harger shared his perspective on student safety based on his role as a faculty member.

Harger said, “In my time on campus, we’ve had notable celebrations of Muslim and trans students but both of these were in response to campus speakers. Ideally, students would not need to feel threatened before others decided to show them that they are valued members of the community.”

Further, members of the campus community expressed the need for additional changes to improve their feelings of safety on campus.

“We need to do more to promote a safe environment for every student on campus,” said Hardee.

Michelle Perez ’26 said, “A friend of mine…didn’t feel heard when she went to [Campus Safety] for an issue. I believe one way safety could be improved is [Campus Safety] making sure to follow up with even the smallest issues.”

Rallabandi called for students to reflect on their behavior in order to improve safety.

“I think it is essential that all of us are kind and gentle with one another. What makes Gettysburg special is the community that exists here, and the well-being of this community is in the hands of every one of us,” said Rallabandi.

Harger emphasized the role of the College in addressing incidents that occur on campus.

“If…there are more of these sorts of incidents occurring now than in the past that makes it even more important to think about what may have changed to affect people’s behavior and what the College can do to protect people in groups that have been targeted,” said Harger.

Similarly, McGrath conveyed a desire for more open communication from the College.

“One of the main things that could improve safety on campus, in addition to the obvious maintenance with keeping streetlights lit and making sure blue lights are always in sight, would be accountability and honesty,” said McGrath.

McGrath continued in reference to the SAE bathroom video recording, “Vague emails that barely give any information other than to try to be good people will do me no good when people have been recording me going to the bathroom.”