Home » Features » “The Distance Between Here and Home”: Edna Kilusu’s Journey from Tanzania

“The Distance Between Here and Home”: Edna Kilusu’s Journey from Tanzania 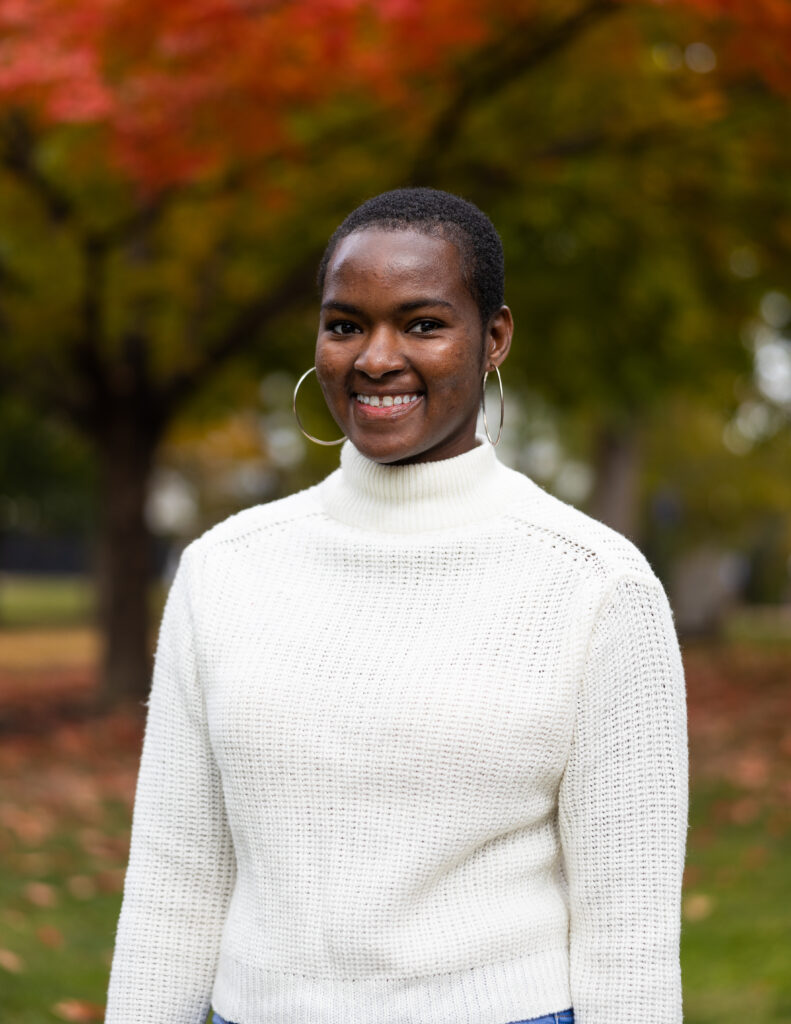 Edna Kilusu ’23, a double major in psychology and anthropology with a minor in writing, was born and raised in Tanzania. In the Maasai culture, it is uncommon for girls to continue their schooling after primary school. However, Kilusu’s family prioritized education. This allowed her older sister to attend high school, and Kilusu followed her. During her time in secondary school, she was chosen to participate in an exchange program in the United States. Though this experience was an incredible opportunity, it did not come without difficulties.

“I speak English as a third language. My English was very good in Tanzania, but when I got here people couldn’t understand me,” Kilusu said. “When the school in Tanzania sent me to the high school in the US it was a test to see if I could do it. So, it was a huge accomplishment that I actually did it.”

She continued to succeed academically, and by the time her junior year came, she was excited to look at colleges. She decided on Gettysburg when she walked through the college’s campus and found the environment that she wanted.

“I just felt like I belonged here with the community, and that’s what I needed, given the distance between here and home,” Kilusu said.

During her third year at Gettysburg, Kilusu applied for the Department of Economics’s entrepreneurship fellowship and won a ten thousand dollar grant. With this money, she and two other women from her home were able to go back to Tanzania and begin a curio shop business called Nasaru (“Savior”) Designs. This business provides women in her community the funding that allows them to support their daughters’ continued schooling because oftentimes boys are sent to secondary school while girls are not.

When discussing the origin of this program, Kilusu said, “The women [of my community] believed that when we send girls to school, they’re the ones that come back to the community and develop community led programs.”

Additionally, in Kilusu’s community, women do a sizable portion of the work but are not always recognized or appreciated for that work. These realities impact women’s mental health which is something rarely discussed in Tanzania.

When asked about how she hopes to change that, Kilusu stated, “Because I am a psychology student, my dream is to open a health clinic focusing on women’s health, and then as a psychologist, we would have a mental health department so these issues could be discussed.”

Despite being thousands of miles from Tanzania, Kilusu is still extremely connected to her community; not just through Nasaru Designs, but also through the environmental nonprofit she cofounded called WAEV. WAEV, Women’s Agri-Enviro Vision, focuses on sustainable agricultural in the face of climate change. Since many people in her community rely on crops and livestock, learning about sustainable growing is crucial in this changing world.

“The nonprofit empowers women and supports women economically,” Kilusu said. “Through microfinance loans and sustainable gardening as well as literacy classes, we have already seen men start to respect women. Through the business, women contribute to the household income and men start respecting them because of their monetary contributions. By providing these opportunities we can show men that we can do it if you give us a chance.”

Kilusu has taken on difficult but meaningful work by helping women in her home community forge better lives for themselves and for generations of women to come in Tanzania.

This article originally appeared on page 8 of the October 2022 edition of The Gettysburgian’s magazine.

Kyle Hammerness ’23 is the Features Editor and Content Manager for The Gettysburgian. Kyle is from San Diego, California and is studying political science with a double minor in history and French. Outside of The Gettysburgian, he works as a tour guide and info presenter in the Gettysburg College Admissions Office. Additionally, he is a member of the Alpha Chi Rho fraternity and has served as both their social chair and their postulant educator.