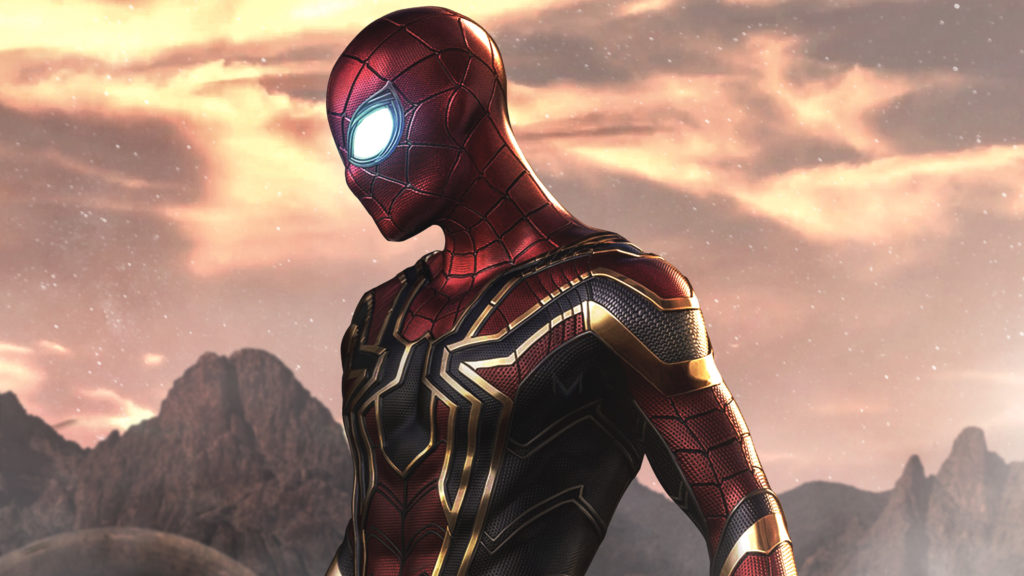 The movie Spiderman: Far From Home tells the story of Peter Parker, aka Spider-Man, taking a much-needed vacation after the events of Avengers: Endgame. Unfortunately, Peter’s vacation does not go as planned when Nick Fury, director of S.H.E.I.L.D., recruits him for a secret mission in Europe. Peter must figure out a way to live his life as Peter Parker and Spider-Man in-order to succeed in his mission.

John Watts returns to the director’s chair for the second time to direct Spider-Man: Far From Home. Watts again succeeds in making this film feel like a high school comedy, just as he did in Spider-Man Homecoming. The interactions between the cast feel real, while also providing some genuinely funny moments. Watts also does a great job of showing how Peter Parker is feeling after the events of Avengers: Endgame. Peter is still mourning the loss of his mentor Tony Stark, and feels as though he is responsible for Stark’s death. Watts does a great job of showing how a real 17-year-old would respond to what Peter is going through. The audience can see that Stark’s death plays a major impact on Peter throughout the film but also helps him grow as a character.

The villain of Spider-Man: Far From Home, Quentin Beck, also known as Mysterio, is a great antagonist to Peter Parker. However, Mysterio is not one of the best villains in the Marvel Cinematic Universe. Mysterio is the type of villain that challenges Spider-Man mentally. Beck poses several mental challenges that Spider-Man must overcome before he can be ready to fight him. The performance of Mysterio is also brilliantly executed by Jake Gyllenhaal. Gyllenhaal’s performance allows the audience to believe Beck’s development throughout the film. The only complaint that I have about Mysterio is that his motivation is not strong enough. Mysterio, Quentin Beck, was a scientist at Stark Industries but was fired for unruly behavior in 2016. Beck believes that Stark fired him to take credit for his ground breaking hologram projection technology. Believing that his fame and glory was taken from him by Stark, Beck comes up with a plan to achieve greatness. Beck uses his projection technology to make himself look like a superhero and calls himself Mystrerio. However, Beck causes mass destruction in large cities and kills several people in order to achieve his goals. The main problem with Mysterio’s motivation is that he often comes off as a bitter former employee of Stark Industries. It seems very unbelievable to me that Beck would resort to killing just because he was fired from a job. While Mysterio’s motivation does come off as cheesy at times, he is still an entertaining antagonist.

The main weakness of the movie is that there are several small things that happen throughout the film that do not make sense. One example is when Spider-Man is given the E.D.I.T.H. Glasses by Nick Fury. The E.D.I.T.H. Glasses were Tony Stark’s last gift to Peter Parker and they give Parker access to a satellite that can hack computing devises all over the world and launch missiles. However, Peter decides that he does not want the responsibility of owning the E.D.I.T.H. Glasses so he gives them to Quentin Beck. The reason that Peter does this is because throughout the beginning of the film Beck makes himself look like a hero and Parker comes to trusts him. However, it seemed out of character for Parker to give a weapon of mass destruction to someone that he had just met. Parker personally knows several Avengers that would use the glasses responsibly. For this reason, it is unclear to me why he would give the glasses to a hero that he had just met, rather than an Avenger that he has known for years. I also find it out of character that Peter would give away the E.D.I.T.H. Glasses because they are the final gift from his mentor, and friend, Tony Stark. Another example of things not making sense within the story is Peter Parker going to a bar without his mask on. Parker wants to protect his identity at all costs so I do not understand why he has his mask off in public places several times throughout the movie.

Overall Spider-Man: Far From Home is another fun installment of the Marvel Cinematic Universe. Jon Watts provides a fun high school movie, but with lots of action. The film also ties in well to the rest of the MCU and answers some questions that audiences had about the ending of Avengers: Endgame. The villain of the movie is a good intellectual foil for Spider-Man. However, there are some small logic problems with the villain and throughout the film.