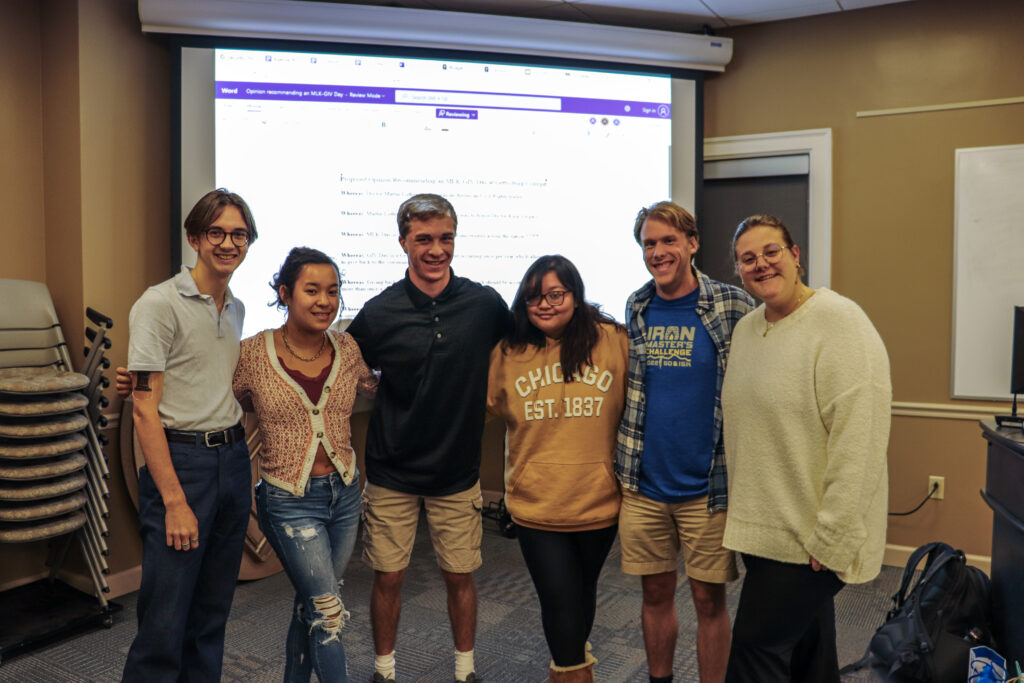 On Monday, Student Senate addressed student concerns, hosted two budget requests, and held an executive meeting to privately vote on a motion to impeach a member.

President Miranda Zamora ’23 started off by reminding members to be respectful during meetings.

Vice President Geoffrey Meadville ’25 informed Senate members about the updated format Senate will be using to keep track of members’ attendance at committee meetings and Senate-funded activities. This format will be done through a Google Form that will be sent out every Friday and included in the minutes.

Meadville also announced that if members type “Senate” into Engage Gettysburg the committee meeting events will show up.

Silvis also announced that if any organizations have events they would like to advertise to reach out to him.

Parliamentarian Joey Labrie ’25 announced that Senate is on schedule for the Constitution overhaul.

Senate Advisor and Director of Student Activities and Greek Life Allen also shared that Burgburst is looking for students to participate in the flag walk and performers. If interested in either of these, Allen said to reach out to him and he will direct interested individuals to Burgburst.

BMC announced that weekly posters have been created that include which clubs presented at the committee meeting and the Senate-funded events that are occurring.

CLAC clarified the email sent out earlier this week regarding the Bikeshare Program. There is a $30 per hour late fee that will incur if bikes are not returned on time. If the bike is never returned, the student will be responsible for paying the entire cost of the bike. CLAC is also working on securing AirTags to attach to the bikes.

CLAC announced that no other issues have risen surrounding the previous housing concerns they were dealing with.

EOC asked Senate members for feedback on election roles and forms. They also announced they are in need of people to fill positions in the spring semester.

The Opinions Committee announced they have completed their housing newsletter opinion, which they will be presenting at the next Senate meeting. They also announced Director of Student Rights and Responsibilities Elizabeth Farner will be attending their committee meeting this week.

REC announced they will be discussing committee reorganization at their meeting this week.

One student announced that the American Cancer Society is hosting an event in the junction this Sunday from 4 p.m. to 7 p.m. where students will be able to write letters to cancer patients who will be in hospitals over Thanksgiving.

Another student announced that College Republicans is hosting Christian Watson on Nov. 17 in Mara Auditorium.

Zamora followed up on student concerns from last week. The reason ASL classes are not available on campus is due to no faculty having the credentials to teach ASL, but the College would accept two semesters of ASL taken at another institution as meeting the language requirement.

Zamora moved on to the new concerns for the meeting.

Another student raised concern about the Wi-fi randomly disconnecting and being patchy.

Zamora will take all of these concerns to the President’s Council.

The Public Policy Student Council made a request for $530 to cover the food cost at the upcoming graduate school event they are hosting. They said that they understand this is a lot of money to ask for food but many organizations are expected to attend. This event is meant to be a luncheon with a faculty member from the University of Virginia Graduate School, which has a partnership with Gettysburg. Senate approved the amount in full.

Burgburst made a request for $9,800 to cover the cost of their annual event. A large amount of this is to cover the cost of food, which they said increased from last year due to inflation. Burgburst said that the other costs are very similar to the previous year. This event has been happening for almost a decade and has historically been funded by Senate. Burgburst said they expect to host around 400 people and will have 12 different food tables. Senate approved the amount in full.

After the normal segments of the Senate meeting, Senate closed for a meeting only voting members were allowed to be present at.

Zamora explained that at this meeting, a motion was made to impeach Senate member Carl Demarco ’25. The motion was not passed.

Zamora said, “An investigation was brought on by one of the voting members for conduct unbecoming. In accordance to Senate procedure, our parliamentarian conducted an investigation to present information to the Senate at this meeting.”

Senate will meet again on Nov. 14.