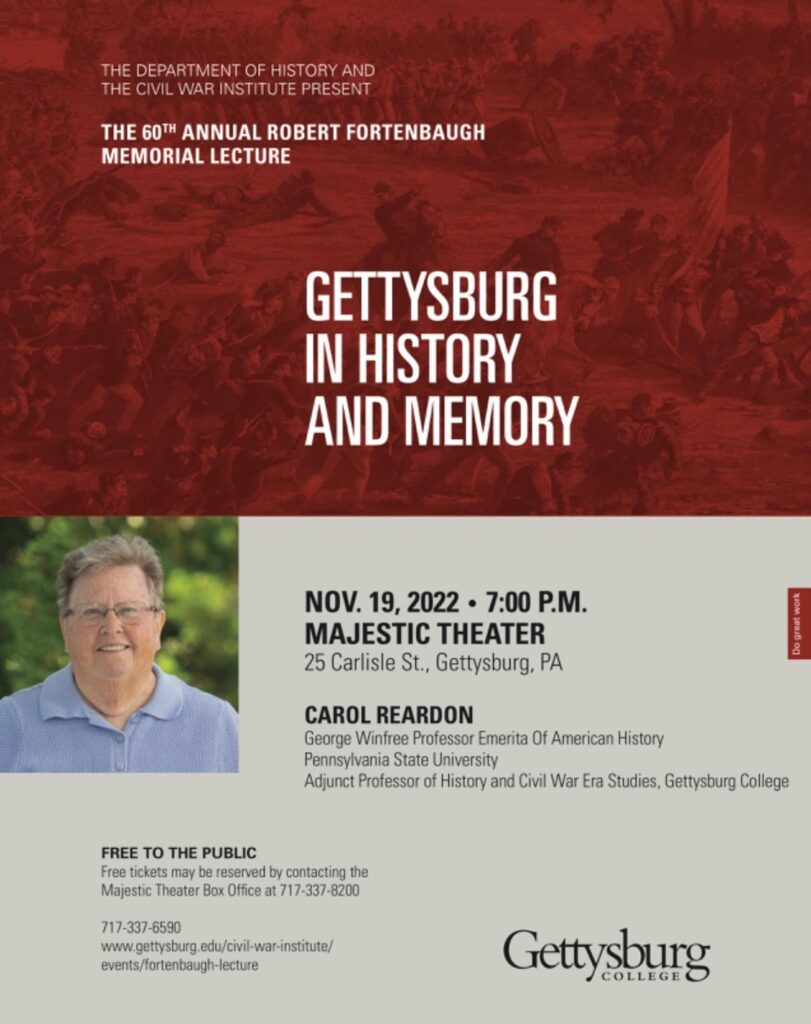 Reardon, an expert in history and the psychological sciences, discussed how society “remembers” history and how memory, while important, can be flawed, at least when we are seeking out an accurate record of the events in the past. Reardon acknowledged that memory, which is “the past as we wish it was,” serves a vital role in humanity. She noted that memory is selective, and when records and reports are being written, “Much of the planning—and less of the doing—ends up in the reports.”

She also remarked that memory can be used to “sanitize” the past. This can be a powerful tool, although this same tactic has been used to discriminate against certain members of racial, ethnic, and religious groups. In her case; however, she mentioned how sanitizing and exaggerating the sentiment of certain events can lead to falsehoods, such as the Vermont 2nd Regiment falsely claiming that they were the reason the Union won the Battle of Gettysburg.

Reardon emphasized that “Truth is the foundation of every virtue,” and that history always strives to be “The past as it was, not as we wish it to be.”

She finished by recognizing that a completely accurate account of the Battle of Gettysburg was likely impossible, but noted that “As long as we keep striving for the truth, we’ll keep fostering the fundamentals of truth and knowledge in our society.”