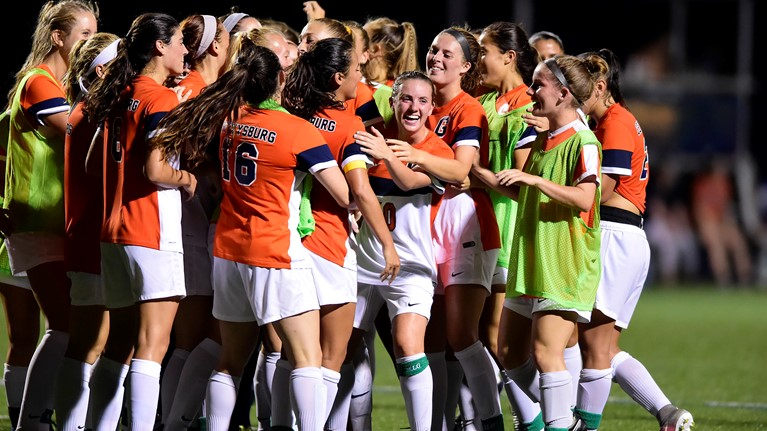 As Gettysburg welcomes back students for another academic year, Clark Field welcomes back the men’s and women’s soccer squads, two teams looking to add another winning season to the record books. The Bullets soccer program as a whole is riding the momentum from last season’s stellar run, which saw the women go to the Centennial Conference championship, and the men compete in the NCAA Division III tournament.

Let’s start with the women’s team, who held an 11-4-2 record, with a 5-3-2 conference record, in the 2021 season. They were unbeatable on the road, posting a 7-0-2 record in away contests. The group was led by head coach Matt Garrett—the third head coach for the women in the program’s thirty-four year history—who will be entering his sixteenth season at Gettysburg. He owns a 142-80-32 record while at the helm for the Bullets and has coached the team to twelve straight winning seasons. Garrett’s teams have competed in the postseason in ten out of their last eleven campaigns, so it is safe to say that he knows what winning soccer looks like. The women’s soccer team will be returning eight seniors and six juniors this fall, producing a team that is used to winning and knows what it takes.

Garrett is rightly optimistic about his Bullets, stating, “We are a new team that is at the start of a process that hopefully can build a great team, culture, and future.”

Now for the men, who put up a 13-6-2 record, with a 5-3-1 conference record, and undefeated 7-0-1 posting at home last fall. Their season ended in Cortland, NY, when they lost to Kean in the first round of the NCAA Division III tournament. Mark Mettrick begins his ninth year as head coach for the Bullets, and saw his team put up their best mark yet last season, with six of his players earning All-Conference honors, including two First-Team selections. Mettrick has an overall record of 74-43-9 at Gettysburg and has seen his teams win at least nine games in all his seasons except for one. His team is returning an impressive twelve seniors and nine juniors, so the Bullets are certainly not short on leadership this upcoming season.

“With a super experienced team and a strong freshmen class, our goal is to win the conference and go far in the NCAA tournament,” said junior goalkeeper Kevin Muhic. “I’m excited for the memories we’ll make together and to see if we are able to accomplish everything we want to do.”

Time will only tell what happens this season, but expectations could not be higher for Bullets soccer in 2022. Both teams got a taste of victory last year and are craving more. The road to the postseason starts now.