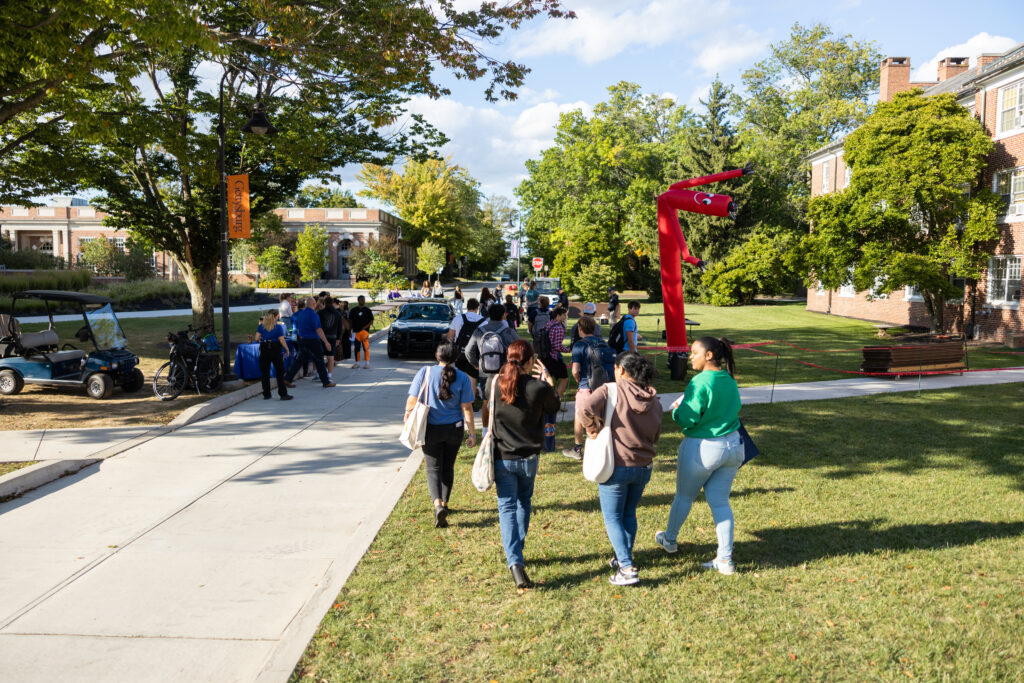 On Sept. 22 Campus Safety hosted its annual Campus Safety Day. The event, started by Life and Fire Safety Manager Ron Parr, has been occurring since 2007. While it was originally created as a way to involve Greek organizations on campus with safety protocols, the event has since progressed to one involving the entire Gettysburg campus.

Like every year, the Alpha Tau Omega (ATO) fraternity volunteered their time to help organizers. The fraternity originally began volunteering with Campus Safety Day in 2008 when it served as a house disciplinary action. Now, however, it is a way for them to give back to campus.

The ATO members handed out plastic firefighter hats to students this year with much excitement and commitment to their duty.

Along with the firefighter hat table, Campus Safety Day featured representatives from both on and off campus that students can use as resources. These organizations included Campus Safety, the Title IX Office, the Pennsylvania Liquor Control Board, the National Park Service, Gettysburg Fire, and Police Departments, and YWCA Hanover.

There were also tables that offered fire extinguishing, CPR, and AED training. 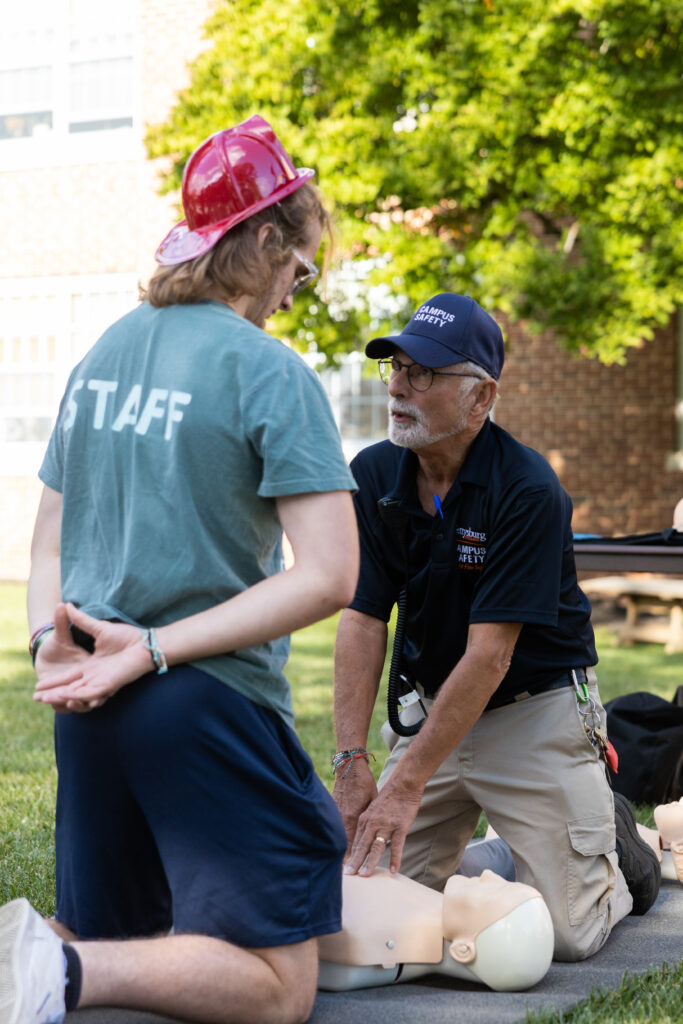 Students could go through simulations of dangerous events as well. One simulation, for example, was a smoke tunnel, which imitated a residential hall that caught on fire. Students also attempted to pass the sober test of walking in a straight line and opening a door with a key while wearing beer goggles. These goggles simulated your vision as if your blood alcohol concentration was at .25, which is more than three times the legal limit.

Assistant Director of Campus Safety Faith Beisecker reported that most students fail their sober tests when wearing the goggles.

Students received a bonus for going through all the tables. They received a bingo card at the beginning of the event to receive signatures from the different representatives. Once they collected all the signatures, students could hand in the cards to enter into a raffle to win an Amazon Fire TV.

Lillian Boudreau ’26 shared her sentiments, expressing that the day was “wicked fun [and] actually helpful with valuable lessons to be learned.”

“I have been in the past and always enjoyed it [Campus Safety Day]. I enjoyed the fire extinguisher training this year and overall there is a good atmosphere,” said Nathan Smith ’23.

Students who were unable to join the day’s festivities and learn about Gettysburg’s resources can visit Campus Safety’s website along with their Instagram.