Home » Opinions » Opinion: Are Clubs Getting their Fair Share? How Larger Budgets are Swept Under the Rug

Opinion: Are Clubs Getting their Fair Share? How Larger Budgets are Swept Under the Rug 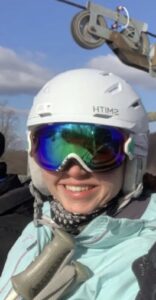 The goal of Gettysburg Ski Club is to promote a proactive ski experience for all skill levels. Some skiers may come in having skied since they were 2, others may have no interaction with it ever, and some may need an intermediate brush up. We attempt to provide resources for skiers and snowboarders wherever they need to be met. I have been involved with Ski Club for the duration of my time at Gettysburg. I was the President for two years, last semester I helped create and present the budget through zoom while I was abroad, and currently I am the Recruitment Chair. I have taught informal lessons for two years, and this club is a large part of my Gettysburg experience. We strongly believe that snow sports are a lifelong asset and a professional skill. We also recognize that skiing is an expensive sport and our goal is to be fully funded to reduce any barriers to entry. However, this is more challenging than it originally appears.

Ski Club has been on Gettysburg’s Campus for 4 years and every year it has been in a different capacity. 2019’s season was predominantly a ski interest club where people would meet to discuss trips and tips, and occasionally act as a carpool service. The club consisted of about 6 people, two of which were executive members. There were no trips that were club-affiliated, and there was no allotted budget. 2020’s season was the first year we approached Senate for a budget. Student Senate granted $2,125 for 50 tickets and 25 rentals at Liberty Mountain. This year we asked for around $17,000. The price increase is partially due to the current size of the club, which has grown to be the second largest on campus with over 200 members, but the majority of the price change is due to the ski resorts themselves.

Vail Resorts, a West Coast ski company based out of Vail, Colorado, is attempting to grow its presence to the East. In the ski community, there is a cultural divide between coasts, with both sides fundamentally believing they are better skiers and have better skiing. The West Coast is predominately run by big resort destinations with even bigger price tags, something that the East Coast has much less space for. Vail is the founder of the Epic Pass which allows pass-holders to ski at different locations. Vale is buying out more East Coast small mountains to grow their brand. Peak Resorts, which had held the ownership to all the local mountains (Liberty Mountain, Ski Roundtop, and White Tail), went under during COVID, and Vail bought them out, bringing with them West Coast pricing. Liberty Mountain had previously offered a College Night once a week which had $40 lift tickets and $5 rentals. Vale’s pricing has eliminated deals and increased lift tickets to $69 and rentals to $56, but that does not include a helmet which is required by the rental agreement, so that is another $15. These pricing increases take our most expensive member (ticket and rental) from $55 to $140.

Understandably our budget request this year surprised Senate. Asking for $17,000 in the first week of the semester is a bold strategy. They allotted the first half of the budget and asked for a report back on the interest we received after the first event. Our first event filled in less than ten minutes. So we returned the Senate for the second half of our budget, showing off the impressive interest and lengthy wait list. The second time, student senators raised concerns on the floor that we were asking for too much money from one source.

I would like to illuminate the options for spending for organizations on campus. Ski Club is a recognized organization by the Student Senate and our previous budgets have always been approved. Each club has a $100 base budget and may request under $800 in the budgeting committee and any other amount on the floor. Senate’s New Initiative account is where most clubs will receive their funding from, and anything that is not allotted by Senate rolls over to the next year. This generally leaves enough funds for any club that can describe why they need it.

Other options for seeking funding are departments, if the club can claim academic affiliation, or campus recreation, if they are more athletically related. The departments have a limited budget that is usually only used to supplement the Senate budget. Campus Recreation is in charge of all club sports and intramural sports, and offers limited funding. When I reached out to Cindy Wright, the Director of Campus Recreation, she said the only funding they could  supply, without even knowing the amount we were looking for, would be enough to cosponsor a single night.

There is a final route for funding club initiatives, though it has been less and less publicized during my time here. The deans are able to provide grants for specific events. When I was a sophomore and the President of Model United Nations, I approached Dean Forrestal for a grant to fund our conference trip that the club had attended every year for many years prior, and we had to jump through hoops to even apply. In the end received no funding.

I understand Student Senate’s reservations in allotting such a large amount, but we are also out of options. The world is not in the same place as it was in 2019 and post-pandemic pricing is higher than our pockets may have been expecting, but Senate also has all of the money left over from the limited campus life for the prior three semesters. Funding choices for student organizations are limited on campus, despite definite interest. There is no feasible way to ask for any dues or membership fees from the club because of our commitment to being an equal-opportunity experience. We have chased every avenue and are unable to meet the needs of the club we serve. I would highly encourage the college to consider creating other funding options when there is such high demand.