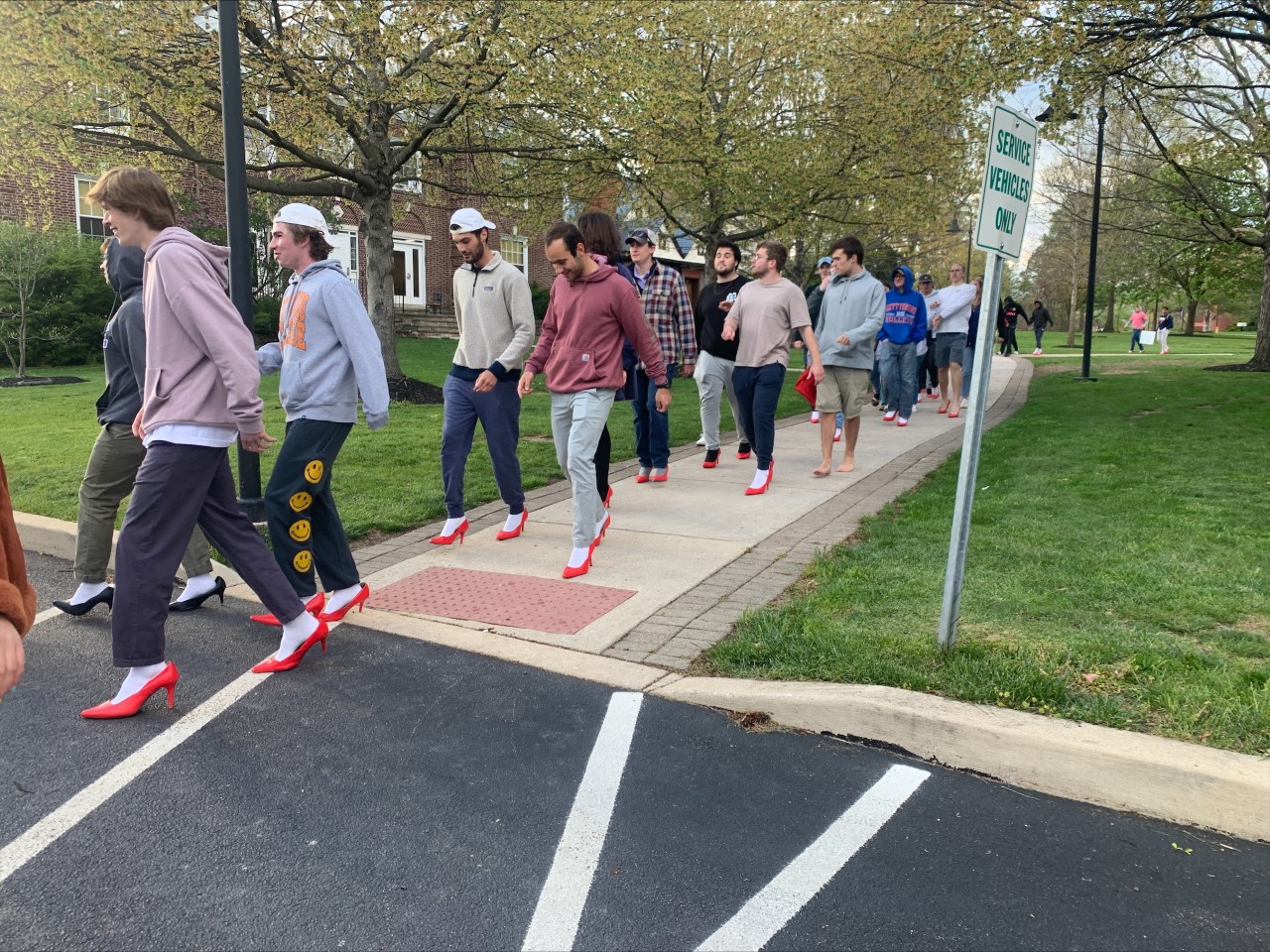 On April 27, Gettysburg College students lined up on Stine Lake to participate in Walk a Mile in Her Shoes. The Office of Sexual Respect and Title IX and Sigma Alpha Epsilon (SAE) organized the event to combat gender stereotypes and spark conversation about gender and sexual violence. Participants, many of whom were male, put on high heels and walked a mile around the campus of Gettysburg College.

Before the walk, organizer Camille Treszak ’22, along with Panhellenic and Interfraternity Council representatives, reiterated the importance of the event. Brendan Loder’23 instructed students on how to properly walk in heels without wobbling.

SAE Philanthropy Chair Todd Isenburg ’23 explained the planning process for the event. Isenburg said, “I first sat down with the wonderful Title IX director, Amanda Blaugher and Camille Traczek to break down what Walk a Mile is and how we want it to be executed on campus. We just started listing things we would like to see at the event such as speakers, banners, and a prize for the organization who raised the most money.”

Traczek spoke on the philanthropic value of the event. “This year, we asked all the Greek organizations to raise money in teams for Adams County Sexual Assault Services, who provides Gettysburg College with a victim advocate. Not only are we bringing attention to sexual violence through the march, but we are also raising money for an organization that provides support to survivors on our campus” said Traczek.

As the sounds of scraping heels filled the campus during the event, participants seemed to be in good spirits. Brothers from nearly all the fraternities on campus participated in the walk.

Attendee Russell Midgley ’23 said, “maybe something like this will get people’s attention, and the people who are generally considered to be responsible for [sexual assault] participating in the march is a good show of solidarity and support for the issue.”