The Academic Challenges of Being a Student-Athlete

Home » Magazine » The Academic Challenges of Being a Student-Athlete 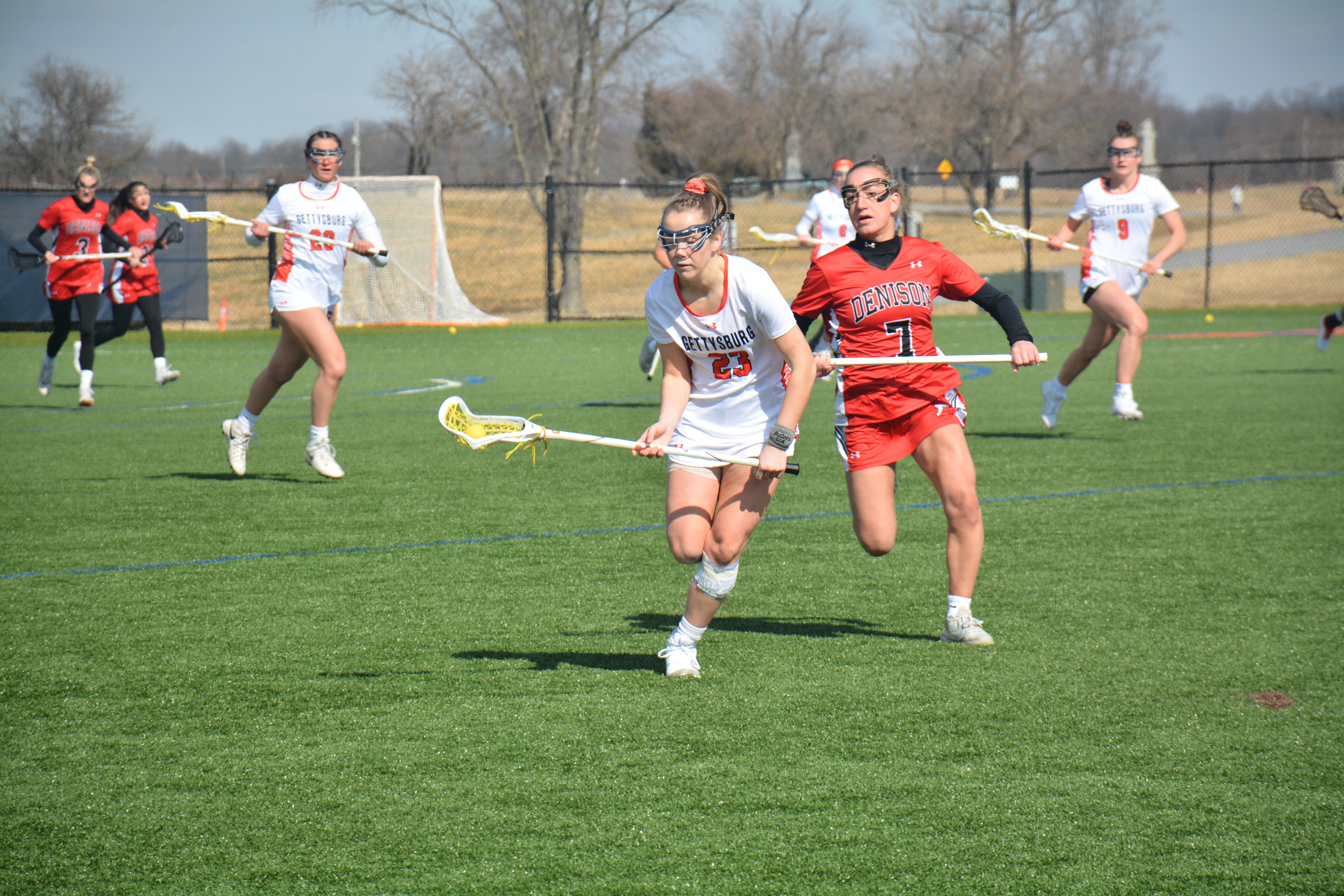 According to the National Collegiate Athletic Association (NCAA), Division III sports, which are offered at Gettysburg College, provide a “well-rounded collegiate experience that involves a balance of rigorous academics, competitive athletics, and the opportunity to pursue a multitude of other co-curricular and extra-curricular opportunities.”

In comparison to highly-demanding Division I and II programs, in which athletes are often bound to athletic scholarship contracts, Division III sports, which offer no athletic money, provide the best opportunity for athletes to continue playing their sport while maintaining a well-rounded and balanced college experience.

With 25% of the student population playing on one of its 24 varsity teams, Gettysburg College is a founding member of the Centennial Conference, one of the “premier conferences for NCAA Division III athletics.” The Conference stresses its commitment to excellence in both academics and athletics. At times, however, the reality of this “balance” may not mirror the commitment.

“Softball has been more of a commitment than I expected,” said Murphy. “I was used to playing club sports that practiced only twice a week, and each high school sport lasted only a season. Here, for softball, you have a fall season, and then you lift in the winter and then you have a spring season. It never really stops, which I wasn’t expecting.”

Like Murphy, Essie Pasternak ’23, member of the women’s lacrosse team, did not anticipate the high level of commitment demanded of student-athletes, though she has since found a balance between her responsibilities.

“Deciding to come to a Division III school, I expected less sport demand,” said Pasternak. “Freshman fall was definitely an adjustment, and COVID totally threw a wrench in plans, but since then I have felt at ease splitting my time between sports and academics. Balancing the two has helped me stay organized and get things done in a timely manner.”

Although Shane Manieri ’22, a member of the men’s baseball team, anticipated his commitment as a college athlete, managing his high expectations for himself has often been challenging.

“I know prior to competing in collegiate athletics that the time commitment would be a grind if I wanted to succeed on and off the field,” said Manieri. “As one who takes academics and athletics seriously, my school and sports balance is one that has been difficult to manage. Particularly, the preseason as a baseball player tends to be the toughest to handle since many practices are held late at night. I remind myself that I play college baseball because I enjoy playing the game, but the time commitment can certainly be stressful.”

According to the Gettysburg College Academic Scheduling Guidelines, “Academic success is the highest priority at Gettysburg… when you combine the experience in the classroom with the experience on an intercollegiate team the overall education is enhanced.”

However, sports teams’ practice times sometimes suggest otherwise. Late-night practices are one of the challenges experienced by student-athletes at Gettysburg. Kenzie Szlosek ’25, a member of the women’s basketball team, explained that her nighttime practices have, at times, posed challenges to class selection, exam preparation and dinner options.

“Because of practices and games, I’m unable to take evening classes and attend a lot of review sessions for exams,” said Szlosek. “Sometimes I’m even unable to go to the dining hall for dinner if I have a late practice.”

While in-season competition counts as an excused absence from class, student-athletes are prohibited from missing classes to attend practice. To work around this, some coaches require that student-athletes organize their academic schedules to leave certain parts of the day free.

“I am unable to have afternoon labs on Wednesdays due to lacrosse games,” said Pasternak. “It is kind of an unsaid rule to try and only schedule night labs so that you are not late to practice in the afternoon. I find myself unable to make a lot of review sessions, PLA hours or extra credit opportunities as well due to sport conflicts.”

Murphy explained that, although her coach is understanding of academic commitments, the women’s softball team schedules their classes around their game days, which typically fall on Tuesdays and Thursdays.

“My coach is very ‘schoolfirst,’ [and] is lenient with our classes,” said Murphy. “However, on Tuesdays and Thursdays, when a majority of our games happen, we can’t take classes past 12 p.m.”

For the men’s baseball team, student-athletes are restricted to choosing morning classes in order to avoid conflicts with afternoon practice times. Manieri reflected that, although it has impeded his ability to choose certain electives, it hasn’t prevented him from meeting Gettysburg College curriculum or major requirements.

Aaron Kirby ’23, another member of the men’s baseball team, has found navigating the restrictions on taking afternoon classes challenging.

“The most frustrating academic restriction is the ability to only take certain classes,” said Kirby. “Many classes have labs that run during the afternoon and conflict with the game schedule.”

Manieri added that being restricted to taking morning classes and having afternoons and evenings filled by practices makes it difficult to get extra help from professors.

“Looking back at my experience as a senior, I wish I could have had more resources at my disposal to help when I was struggling academically,” said Manieri. “Since the in-season time commitment takes up my entire afternoon and evening throughout the week, it is difficult to meet with my teachers during office hours.”

Student-athletes have also made large sacrifices to continue playing their sport beyond class scheduling restrictions.

“This upcoming summer, I had to withdraw from an internship because I would not be able to make the two-week training session due to the lacrosse season,” said Pasternak.

Many student-athletes are also unable to participate in study abroad as a result of their commitment to long athletic seasons.

“Due to the timing of winter basketball season, unfortunately, I am unable to study abroad in any of my four years here at Gettysburg, since the season encompasses both semesters,” said Szlosek. “Additionally, I have to spend most of my winter break on campus, since we have games and practices, so I miss out on vacation time at home.”

Former football player Jacob Quasney ’24 reflected on his time on the football team that while his experience with teammates was positive, the time commitment and inability to participate in other activities ultimately led him to leave the team.

“It was a very busy schedule with early morning workouts, then classes until lunch, and then meetings or labs that I had to work around,” said Quasney. “After everything, I then had to do homework, which took longer than usual because I was so exhausted. I had little time to relax or hang out with people, other than study sessions, lunch or dinner. I did appreciate the atmosphere with the other players, but I didn’t want the time commitment anymore… so I chose to focus on my classes and still have time for other activities.”

Many student-athletes believe there need to be better resources to help navigate the balance between academics and athletics. Szlosek emphasized the need for improved access to mental health resources for student-athletes as well as an expanded support system within the athletics program.

“I would love to see more mental health support towards student-athletes, and more resources allocated towards us to help us with that,” said Szlosek. “It can be challenging to balance academics, our sport and our health, and oftentimes, our mental health will be prioritized last. I think it’s important that coaches and athletic staff check in on their athletes, and ensure that we’re getting the help and support we need.”

Pasternak highlighted the importance of sleep as a critical component of mental health.

“Sleep is something that many student-athletes struggle with,” said Pasternak. “A domino effect of the lack of sleep can lead to lots of harmful things, affecting mentality and performance. I think addressing mental health issues within college sports should be a priority.”

Acknowledging the trade-offs demanded of student-athletes at Gettysburg, Szlosek and Murphy praised their professors and coaches for providing support when athletics became overwhelming.

“For student-athletes here, the school does a really great job for the most part of making it easy to both play a sport and take classes,” said Murphy. “Professors are understanding of us missing class for a game, and they help you catch up on work you missed.”

One theme rings true among student-athletes: the balancing act is worth the academic challenges.

“I firmly believe that the sacrifices and challenges that go into balancing my academics and basketball are worth it, as I find both success on the court and in the classroom while mainly training this schedule,” said Szlosek.

This article originally appeared on pages 14–16 of the March 31, 2022 edition of The Gettysburgian’s magazine.