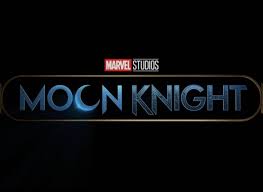 On Wednesday, March 30, Marvel Studios’ “Moon Knight” was released on Disney+. Three out of six episodes have been released at this point, and the show is proving to be a new, fresh story in the Marvel Cinematic Universe.

“Moon Knight“ is one of the first Marvel projects to be released in phase four that does not include ties to other characters or plot lines. Each of the phase four movies and Disney+ series (except for “Eternals” and “Shang-Chi and the Legend of the Ten Rings”) has large ties to previous phases, movies, and characters of the MCU. “Moon Knight” welcomes new plot lines and characters to explore.

“Moon Knight” depicts Steven Grant who believes he is suffering from sleep walking, yet he soon discovers he is dealing with dissociative identity disorder. The other personality inside of Steven’s body is Marc Spector, an ex-mercenary who acts as an avatar for Khonshu, the God of the moon. From the first episode, viewers are thrown into this seemingly insane plot line, yet it feels as if they are grappling with this reality along with Steven.

In the comics, Jake Lockley is another personality inside of Steven’s body. Moon Knight comic fans are already theorizing if he will make an appearance this season as well.

Portraying both Steven and Marc, Oscar Isaac shares the screen with himself. Steven is an awkward, introverted Brit who is doing his best to understand what is happening. Marc, on the other hand, is a Chicago-native who happens to be a trained killer. Isaac manages this duality with grace, and his acting as both characters elevates the show. Isaac already has experience with Marvel projects due to his portrayal as Apocalypse in “X-Men Apocalypse” and Spider-Man 2099 in “Spider-Man: Into the Spiderverse.”

Other characters such as the villain Arthur Harrow (Ethan Hawke) and Marc’s wife Layla El-Faouly (May Calamawy) add more complexity to Moon Knight.  Following the second episode, Marc has taken control of Steven’s body and is attempting to protect Layla from becoming Khonshu’s next avatar. Marc is in a race against Harrow to find the tomb of crocodile goddess Ammit.

Trust me, I do realize how crazy this plot sounds.

The show currently stands alone in the MCU, yet Marvel fans are already theorizing how he can be introduced to other characters.  In the comics, Moon Knight is known to have affiliations with groups such as the Avengers and the Defenders. Disney+ recently acquired the rights to Marvel shows that originally premiered on Netflix, including “The Defenders.” This leaves hope that Moon Knight will eventually interact with other beloved characters, yet for now, the decision to have his story stand alone in the MCU is appreciated. Viewers need time to process these stories of gods and multiple personalities before adding even more complexity.

“Moon Knight” is a promising show that offers a new direction for Marvel to take.  With little to no connection to previous films and shows, “Moon Knight“ is free to explore insane plot lines without having to deal with classic MCU characters or events.  For a mind-bending experience that keeps viewers on their toes, check out the new episodes of “Moon Knight” that premiere Wednesdays on Disney+.

Laken Franchetti ‘25 is the Assistant News Editor for The Gettysburgian. She has served as a staff writer for the news, features, and arts and entertainment sections. Laken is an English with a writing concentration and History double major. On-campus, she is a staff writer and associate editor for Her Campus, a PLA for the math department, a user services assistant at Musselman Library, and a member of the Eisenhower Institute's Women and Leadership Program.