How COVID Affected the Majestic Theater 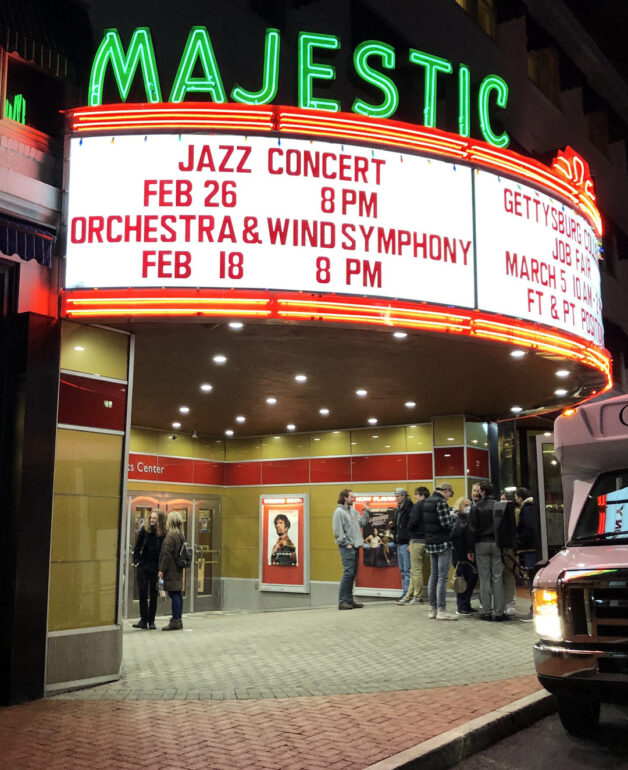 The COVID-19 pandemic has caused a variety of issues within the entertainment industry, the most critical being a sharp decline in the number of moviegoers. Gettysburg’s historic Majestic Theater has not been spared from the effects of COV- ID and has been forced to adapt to the new landscape of the film industry.

During the pandemic, the Majestic was forced to close its doors for 431 days between mid- March of 2020 and late-May of 2021, according to Jeffrey Gabel, the Majestic’s Founding Executive Director. This closure was similar to many other cinemas, including the theater powerhouse AMC that neared bankruptcy as a result of the pandemic. AMC only recovered due to a $917 million cash infusion from investors. This was not an option for a small-town cinema like the Majestic, and financial losses from the lack of live shows, film screenings and theater rentals forced the Majestic to cut down on spending and seek new sources of revenue.

“We laid off all our part-time staff, most of our full-time staff took short-term furloughs, we cut reduced expenses, [and we] pursued grants and donations,” said Gabel.

Despite these actions, it is undeniable that the entertainment industry overall is still experiencing the effects of the pandemic, specifically with the rise of streaming services. However, Gabel does not seem too worried.

“If there’s one thing we’ve all experienced during the pandemic [it] is how bored we are of always staying home,” said Gabel. “Movie theaters still present a much more impactful viewing experience. … The Majestic’s fresh, hot, buttered popcorn is way better than Jiffy Puff.”

Overall, though the pandemic financially harmed the Majestic, the historic cinema is optimistic that it still has a critical place in the campus and town communities. However, some Gettysburg students still believe that the Majestic should cater more towards student interests, and therefore increase the theater’s profit, by adding more blockbuster films to the lineup.

The Majestic’s close proximity to the College makes it an optimal destination for students wishing to see a movie—especially those without a vehicle. When asked about the movie selection process at the Majestic, Gabel explained that he selects movies “with the help of a professional film booker who screens all the films at festivals and press screenings in NYC.” This booker, he elaborated, “has the buying power to negotiate more competitive distributor fees for the Majestic,” meaning that obtaining some films may be a pricey task for a local theater.

Despite the practical challenges in bringing blockbusters to the Majestic, its lack of popular movies drives many students to competing theaters, such as the Gateway Theater, despite the inconvenient distance. The Majestic understands this issue, and the theater has been attempting to recapture the student body’s attention since April 2004. 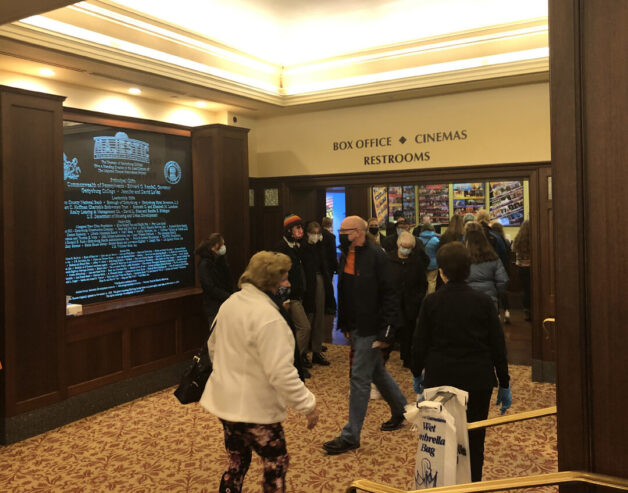 The lobby of the Majestic Theater (Photo Carter Hanson/The Gettysburgian)

For twenty months, starting that April, the college closed the Majestic for renovation and expansion. According to Gabel, during these months, two new commercial theaters were built nearby “with more than a dozen screens and free parking,” which put a massive economic strain on the small, downtown theater.

Gabel believes these renovations allow the Majestic to shift programming and rebrand as a premier performing arts center.

“In order to offer the community alternative programming that was more appropriate for a performing arts center,” Gabel said, “the Majestic introduced independent films, fine art films and the Metropolitan Opera live telecasts that were not available in a 30-mile radius of Gettysburg.”

The Majestic positions itself as competitive because it is the only place in Gettysburg offering these culturally engaging experiences. This unique strategy has paid off, as demonstrated by the Majestic’s annual presentation of “A Christmas Carol,” which was its highest-grossing event in the past year. According to Gabel, this production “had a dozen performances which sold 3,926 tickets,” demonstrating that the Majestic remains successful despite pandemic pitfalls. Regardless of these successes, the Majestic could still do more to engage with the student population during the school year. While catering to the greater Gettysburg community needs establishes the theater’s uniqueness, its lack of student engagement is somewhat of a missed opportunity for the Majestic, as Gettysburg students could be a major demographic of patrons. Gettysburg students may want to support the theater, but are already fortunate enough to engage in unique cultural experiences within the college, therefore diminishing the Majestic’s role as a cultural center for Adams County.

Financially, the Majestic Theater appears to be thriving even with the lack of student engagement. While the relationship between the theater and the students could be more symbiotic, the Majestic plays an incredibly large role in introducing the greater Gettysburg area to alternative art forms that most Gettysburg students have access to through other facets of the College.

This article originally appeared on pages 18–19 of the February 22, 2022 edition of The Gettysburgian’s magazine.

Victoria Staub ‘23 is the Arts & Entertainment Editor for The Gettysburgian. She is a Political Science and Italian Studies double major with a minor in Religious Studies. Victoria acted as the A&E Editor for her high school newspaper, reprising her role here in Gettysburg. On-campus, she is a member of the service fraternity Alpha Phi Omega, a tour guide for the admissions office, a PLA and an ambassador for the Italian Department, a Global Leader of Gettysburg College, and is both match secretary and recruitment chair for Gettysburg’s Women’s Rugby Team.