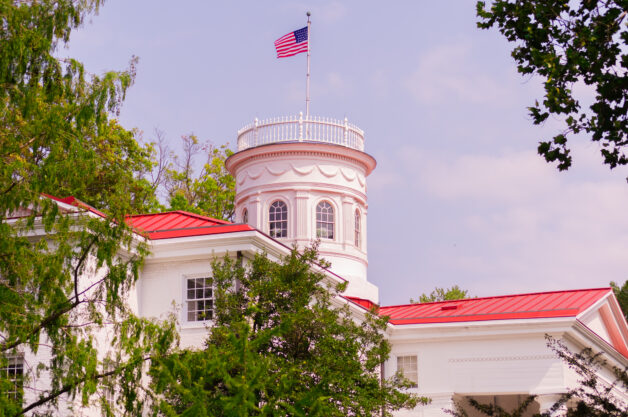 Gettysburg College has divested—or withdrawn endowment investments—for a political or social reason only one time in its 190-year history: in 1990, the Board of Trustees decided “to divest of all companies holding an equity investment or physical presence in [Apartheid] South Africa.”

In recent years, students have met with College officials to discuss their concerns with Gettysburg’s continued investment in the oil and gas industry, and to urge the administration to reprise their divestment from South Africa with divestment from fossil fuels.

“I’ve had plenty of interviews,” said Chris Delaney, Associate Vice President for Finance. “There are students interested in this—alumni not so much.”

A few years ago, one student met with Delaney “three times at least.” By the end of their conversations, Delaney believes that they were convinced “the College is doing the right thing.”

However, while Gettysburg has made significant progress in reducing its investments in fossil fuels, approximately 2.5% of the pooled endowment—about $8.1 million—remains invested in the oil and gas industry. That 2.5% is split between a private equity fund called Encap and diversified investments across Gettysburg’s endowment portfolio.

Even Cambridge Associates, the firm hired by the Board of Trustees to manage the endowment, doesn’t know exactly how much money Gettysburg currently has invested in fossil fuels. That is because Cambridge’s 60 “money managers” who oversee the endowment are contractors, and not employees of Cambridge or the College.

This portfolio diversification across various money manager accounts also makes it difficult, if not impossible, for Gettysburg to employ a divestment strategy similar to their 1990 withdrawal from South Africa.

“[In 1990] the endowment was primarily in separate accounts,” said Delaney. “It’s generally hard to do this [divestment] when you don’t own the individual securities, like we did in the ’90s with investment in South Africa.”

Of course, Gettysburg could find out how much of the endowment is invested in fossil fuels by telling Cambridge Associates to investigate, but there is no financial incentive to do so.

“If they really wanted to, my guess is they could find out for any of the investment funds that we are in,” said Economics Professor Brendan Cushing-Daniels. “Do they know that on a regular basis? My guess is no, because what’s the reason to know it? […] From my perspective as somebody who’s concerned about the long-run health of the institution, it’s not costless to dig in that deeply to find these things out.”

The goal of endowment investment is, according to the 2021 Endowment Report, “to maximize risk-adjusted returns, which in turn maximizes the level of support to advance the College’s mission and maintains the real purchasing power of the endowment over time.”

In other words, the goal of investing is, above all, to increase the value of the endowment. While Gettysburg emphasizes its commitment to investing responsibly and to minimizing its investments in industries that are perceived to have a negative impact, such as the oil and gas or tobacco industries, all of this is secondary to making money.

For Delaney—who works with Cambridge Associates and the Board of Trustees to ensure that donations are successfully integrated into the endowment— donor intention is everything. When donors give money to Gettysburg, they do so to ensure that the college remains fiscally healthy in the long-term; most do not, however, make socially responsible investing a priority.

“There’s nothing in these [donation] documents that say ‘I don’t want you to invest this in tobacco,’” said Delaney.

Gettysburg also does not have the right, according to Delaney, to prioritize one social issue over another in managing endowment investments.

Divestment became a concern for the Gettysburg Board of Trustees after Harvard University implemented a divestment strategy in the wake of large student protests in September 2021. Delaney looked into the extent to which Harvard’s divestment plan aligned with Gettysburg’s current policies, and found that “we’re very consistent with what they did.”

Even before divestment became an issue in other colleges and universities, Gettysburg strived to align its fiduciary and social responsibilities. In 2018, the Board of Trustees, College administration and Cambridge Associates sent a letter to the endowment’s money managers imploring them to make environmental, social and corporate governance considerations (ESGs) a priority. This strategy has been relatively successful.

“As of September 2021, 82% of the college’s active managers reported that they integrate ESG considerations into their decision-making,” said Delaney. “Over time, that’s going to grow.”

Approximately 4% of Gettysburg’s pooled endowment— about $13 million—is invested in renewable energy. Most of this is invested in the “GMO Climate Change Fund,” which is a fund that “invests in companies focused on climate change mitigation and adaption,” according to the 2021 Endowment Report. GMO has performed very well with returns of 23% per year. This high rate of return reflects the fact that, in addition to fulfilling the college’s secondary social responsibility to invest in green energy, it also fulfills Gettysburg’s fiscal responsibility to remain financially healthy.

In some cases, however, the fiduciary responsibility has trumped social and environmental considerations in the College’s endowment calculus. Gettysburg maintains investments in Encap, a private equity fund that invests in infrastructure for oil and gas companies.

This fund is split between older vintages (securities issued in the past) and newer vintages, and both are increasingly profitable. In recent years, the older vintages have performed at a similar level to the GMO Climate Change Fund (about 20% annual returns). The newer vintages had a difficult start due to fluctuations in global gas prices, but have begun to perform exceptionally well, with prospects of becoming far more profitable than GMO in the near future.

As a private equity fund, Gettysburg’s investments in Encap are a 10-year commitment, and, having been negotiated in 2016, will not be considered for renewal until 2026. It remains to be seen whether Gettysburg College will follow in Harvard and other institutions’ footsteps at that point, and withdraw investments from fossil fuel private equity funds entirely.

This article originally appeared on pages 12–13 of the February 22, 2022 edition of The Gettysburgian’s magazine.