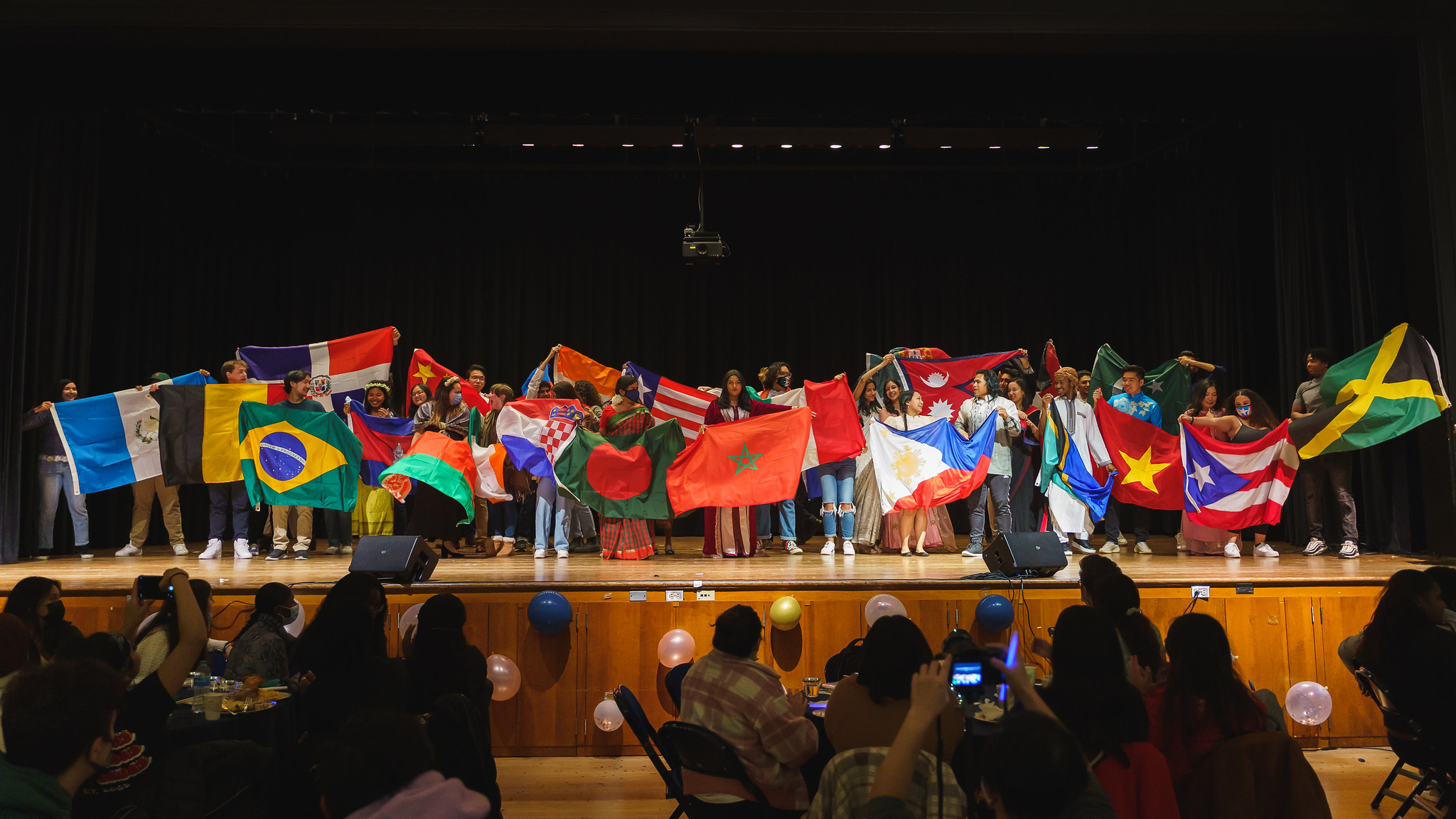 Students present their country flags at the end of the event (Photo Credit/Anh Nguyen ’22).

On Satuday, Dec. 4 in the CUB ballroom, Gettysburg College celebrated its annual Burgburst celebration with dances and food contributed by students from across the globe.

Burgburst is an event led by students that honors diverse cultures among Gettysburg’s student population. The event featured international foods from countries such as China and the Philippines and performances by students, including cultural dances and songs. Burgburst was organized by the International Club, International House, International Student Services, the Office of Student Activities and Greek Life, Chinese Students and Scholars, and the Vietnamese Student Association.

In 2020, the event was awarded the National Association for Campus Activities Outstanding Diversity Achievement Award for a campus program. This award works to recognize programs which assist in developing diversity on college campuses. Tickets for the event cost $12 and all proceeds were donated to charity.

Burgburst began with a large dinner of food from across the globe. Food stands from the represented countries surrounded the CUB ballroom, as well. Participants also saw circular tables with plates and utensils when they arrived. The event was so well attended that almost all tables were full and few open seats were available.

Following the dinner, the traditional flag walk took place in which students paraded onto the stage holding the flags of their countries. For the next hour and a half, participants were regaled with performances by dance groups such as B.O.M.B squad and songs from various musicians.

One performer and B.O.M.B. squad member, Sarah Hong ’22, stated, “Burgburst is by far my favorite event at Gettysburg College because it facilitates a welcoming environment for people from all backgrounds and celebrates our differences. I am so happy that I got to experience this one last time during my senior year!”

Attendees interacted enthusiastically with performers many times while participating by waving glow sticks in the air and applauding loudly.

Isaac Master ‘25, an audience member, said that his experience at Burgburst, “made me realize how much culture there is on campus. It might be hard to find, but when you find it, there is a plethora of it. It’s very fulfilling.”

The finale included all performers rejoining each other on stage for a final dance.