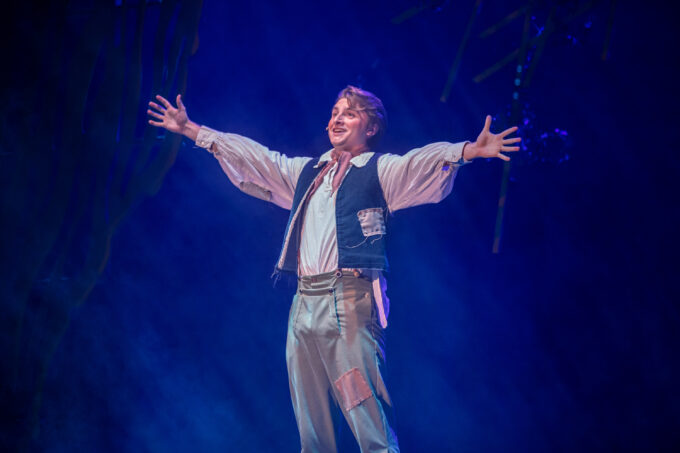 Those who saw Into the Woods in early November might remember the sensational performance of Brian Buechele ’22 as “Jack.” With a combination of brilliant (and often improvised) physical comedy, nuanced acting, and a show-stopping performance of “Giants in the Sky,” Buechele’s prodigious talent and his love of musical theater were on display for all to see.

A music education major, Buechele recently performed his senior recital, “Reflection & Love: an Ode to Autumn,” on Nov. 12 for a packed Paul Recital Hall. From the fun, simple scenes of Schubert’s “Die Forelle” (“The Trout”), to the complexities of reflection in Amy Beach’s “Autumn Song,” to the playful love of Édouard Lalo’s 1888 aria “Vainement, ma bien-aimée!” (“In Vain, my Beloved!”) Buechele’s recital was a moving and entertaining performance imbued with meaning and emotion throughout.

Buechele’s recital serves as the culmination of his music education degree at Gettysburg. However, his journey to this point was not a simple one. His path has been full of twists and turns, challenges and joys.

From the beginning, musical theater has been central to Buechele’s life as a musician. Ironically, in elementary school, Buechele was a stereotypical sports-obsessed kid who groaned at the thought of a musical—that is, until he was forced to audition for one in fourth grade.
“[At the audition], I just remember being so into it at that moment, but I was like, ‘Why am I into this?’” From that point on, he said, “I just kept doing it… Musicals were the thing that brought [me to] love … creating music … in the first place.”

Not long after arriving at Gettysburg in the fall of 2018 intending to become a history teacher, Buechele’s love for musical theater drove him to do something that would profoundly alter the course of his college experience, and indeed his life: He auditioned for “The 25th Annual Putnam County Spelling Bee.” Dr. Susan Hochmiller, who was the show’s music director and who is now Buechele’s voice teacher at Gettysburg’s Sunderman Conservatory of Music, recalls the moment vividly.

“I will never forget how I met Brian,” she said. “As a non-music major in his first year, he auditioned for ‘Spelling Bee’ and had a uniquely vibrant high tenor voice. I said to him, ‘Brian, my name is Dr. Hochmiller and I coordinate the voice area in the Sunderman Conservatory. Why do I not know your name?’”

The moment was just as memorable for Buechele; when asked to reflect on Hochmiller’s influence on his experience both musically and personally, he immediately began with the same story. At Hochmiller’s suggestion, Brian began taking non-major voice lessons in his second semester.

In addition to how much she has helped him grow as a musician, Buechele also credits Hochmiller for helping him to settle in Gettysburg. As many first-years everywhere do, he felt a little out of place during his first semester of college. Uncertain if he was where he wanted to be, Brian seriously considered transferring. “It was Dr. Hochmiller, along with some of my friends… that really [convinced] me to stay, and not transfer,” Buechele confessed. “She helped me to see all of the great opportunities here, and she put so much confidence in me.”

And yet at first, Buechele was still a general education major, not music education. That realization was to come even later, during Gettysburg College Choir’s tour in Puerto Rico his second semester. Singing in local schools there and seeing the impact that music had on those children inspired Buechele, and he realized then that he wanted to spend his life bringing about that kind of joy. By his sophomore fall, he was officially a music education major.

Two years later, Brian’s senior recital represents the apogee of his music education degree. Because of its importance and its scope, he carefully planned the contents of the recital over the course of several semesters. Since musical theatre has had a strong impact on his life, when he was planning his recital program, Buechele knew he would finish with a musical theatre piece. “Musicals are where my love of music started, and that’s how I’m going to end my college [solo] career,” he told me. Eventually, he settled on “Corner of the Sky” from Stephen Schwartz’s 1972 musical Pippin, and he asked local pianist Sharon Hedges to accompany this final piece. 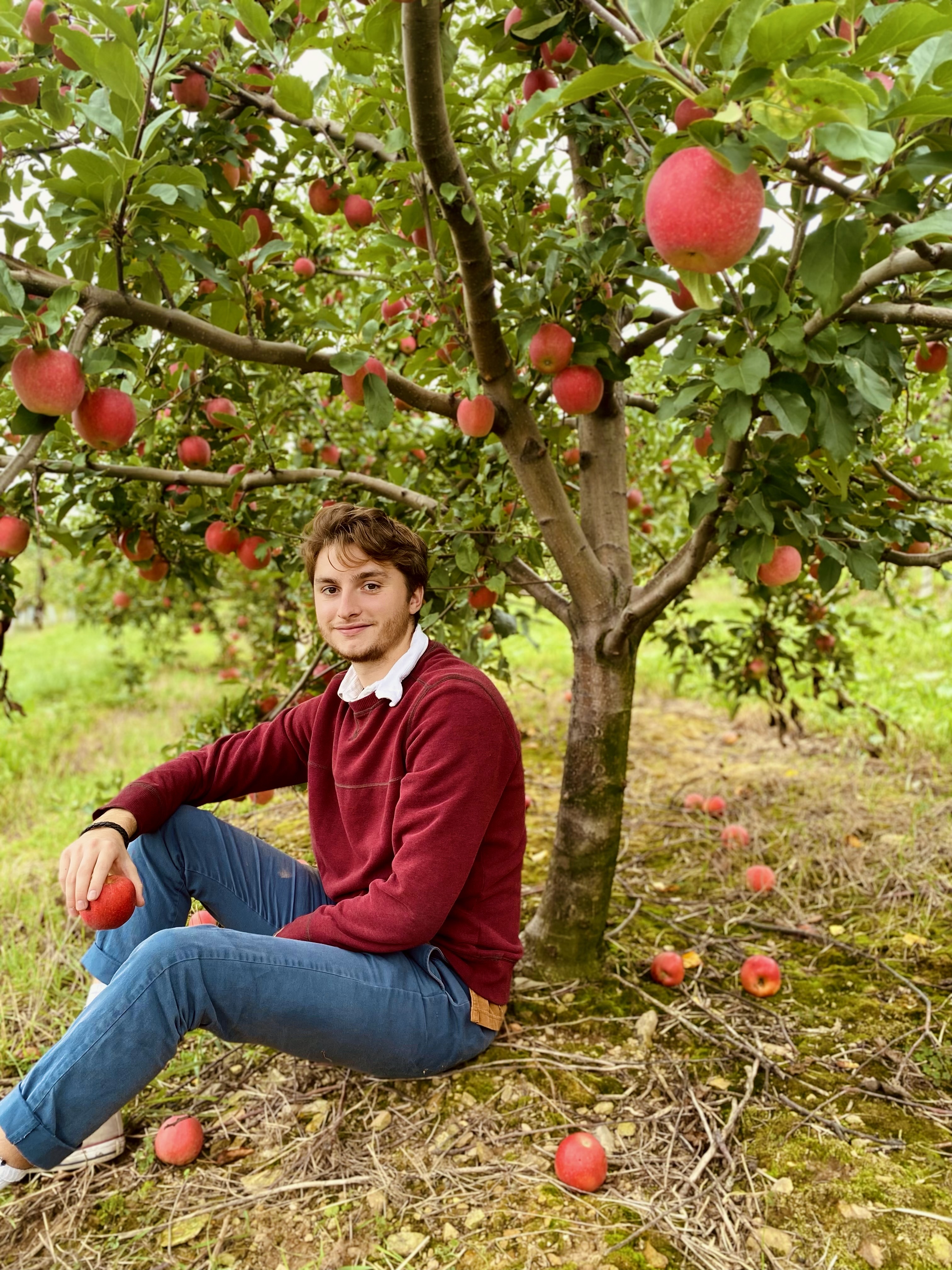 “I wanted to end with ‘Corner of the Sky’ because it ends on a high C, and I like it,” Buechele said. “The note is so high and open, and it expresses me searching, putting myself out there in the world.”

Over the years, Buechele has developed a close friendship with Hedges, whom he affectionately addresses by her first name. “She means a lot to me,” he said. “Sharon basically started my musical career here at Gettysburg [accompanying] my audition for ‘Spelling Bee’ … and I wanted my last solo musical performance to be with Sharon.”

After Buechele’s recital, Hochmiller had some words of great pride for her student of six semesters.

“Three years later, Brian is an accomplished senior music education major who performed lead roles in our musical theater productions, [in] operas, and [he just] sang a beautiful senior recital,” Hochmiller said, smiling. “He is a joy to teach. I am so glad he auditioned for the musical his first semester!”

Despite getting a late start in the conservatory and in the major, Buechele has been very active as a student leader of choral groups inside and outside of the conservatory. As part of an internship with Choir Director Dr. Robert Natter, he has been a student conductor of the Gettysburg College Concert Choir. He has also worked extensively with a community children’s choir and a chorale usually run by Music Education Coordinator Dr. Brent Talbot.

Brian utilized his unique perspective to offer some advice to future Sunderman students. “Use the opportunities we have,” he counseled. “The faculty likes to work with you, so ask! They may say, ‘Oh, maybe not this semester, but next semester,’ but as long as you put yourself out there, it’ll work out.”

This article originally appeared on pages 8–9 of the December 6, 2021 edition of The Gettysburgian’s magazine.