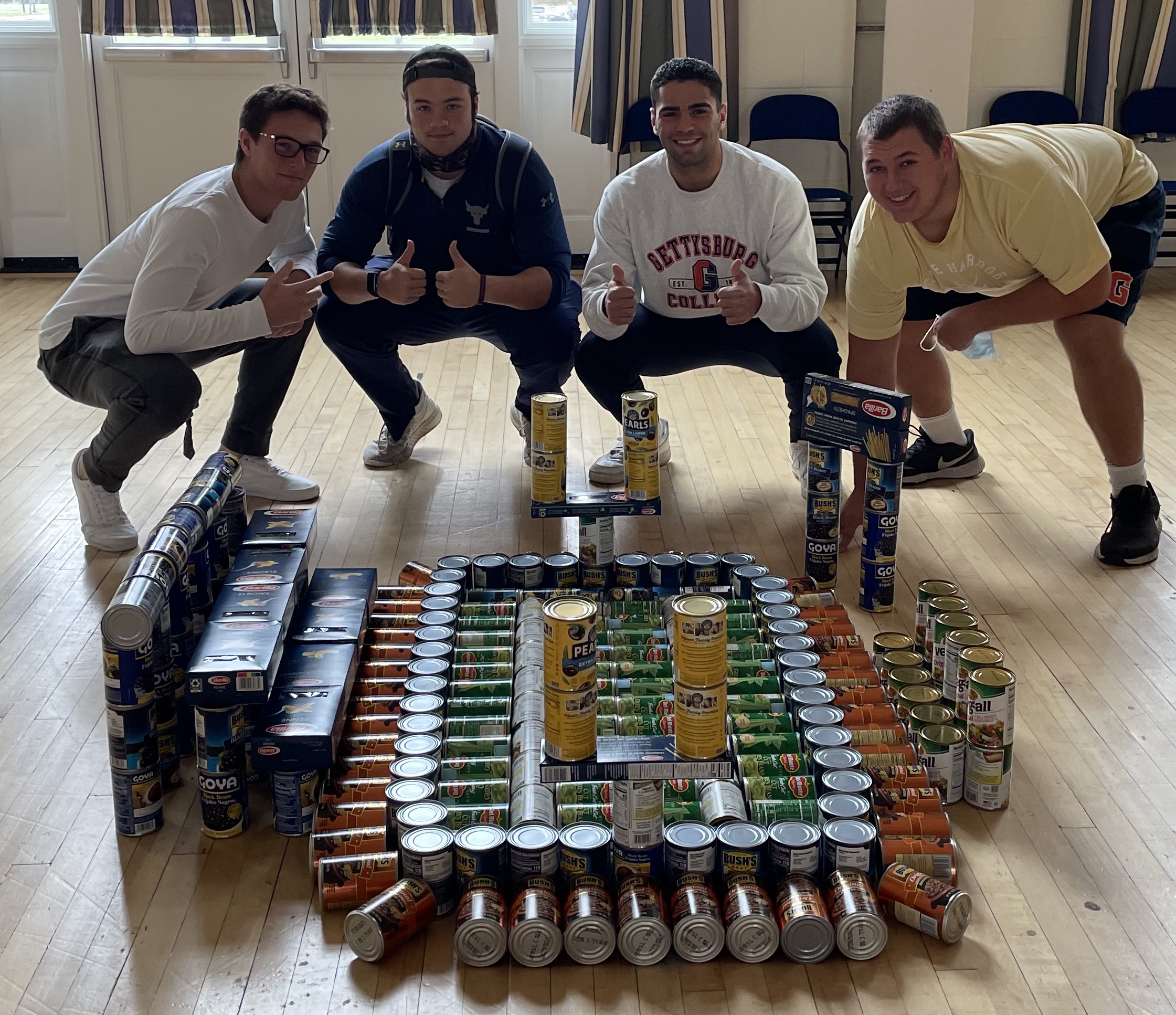 Over the weekend, 13 organizations and sports teams gathered in the CUB Ballroom for this year’s CAN-Struction event. Voting took place on Monday, Nov. 15 from 11 a.m.-1 p.m. where students voted on their favorite canned and boxed food structure. The organization with the most votes on its structure won a prize.

CAN-Struction is a food drive competition held on campus. All boxed goods and canned foods as well as the proceeds from voting go to Campus Kitchen. The on-campus organization collects donations from students, faculty, staff, and the Dining Center that are given to partner agencies in the area to be distributed to those in need of food.

The lacrosse team’s structure resembled lacrosse sticks with the Gettysburg “G” in the center. Alpha Tau Omega used cans to spell out the letters of their Greek organization, and the football team’s structure posed as Musselman Stadium.

Football team member Anthony Apicella ʼ25  said that the event “was a nice send-off” and a “great team-building activity at the end of the season.” Most importantly, he said, “it feels good to donate and give back to the community, and being able to do so as a team makes the experience that much more rewarding.”

Sigma Chi and the Latin American Students’ Association (LASA) created a structure that won the event. The structure included a lit Christmas tree, with a train track running around the structure. “The Christmas spirit took us over,” said LASA member Natalie Vasquez ʼ22. She continued, “I’m super proud of Greek and non-Greek organizations getting together and doing something great on campus.” 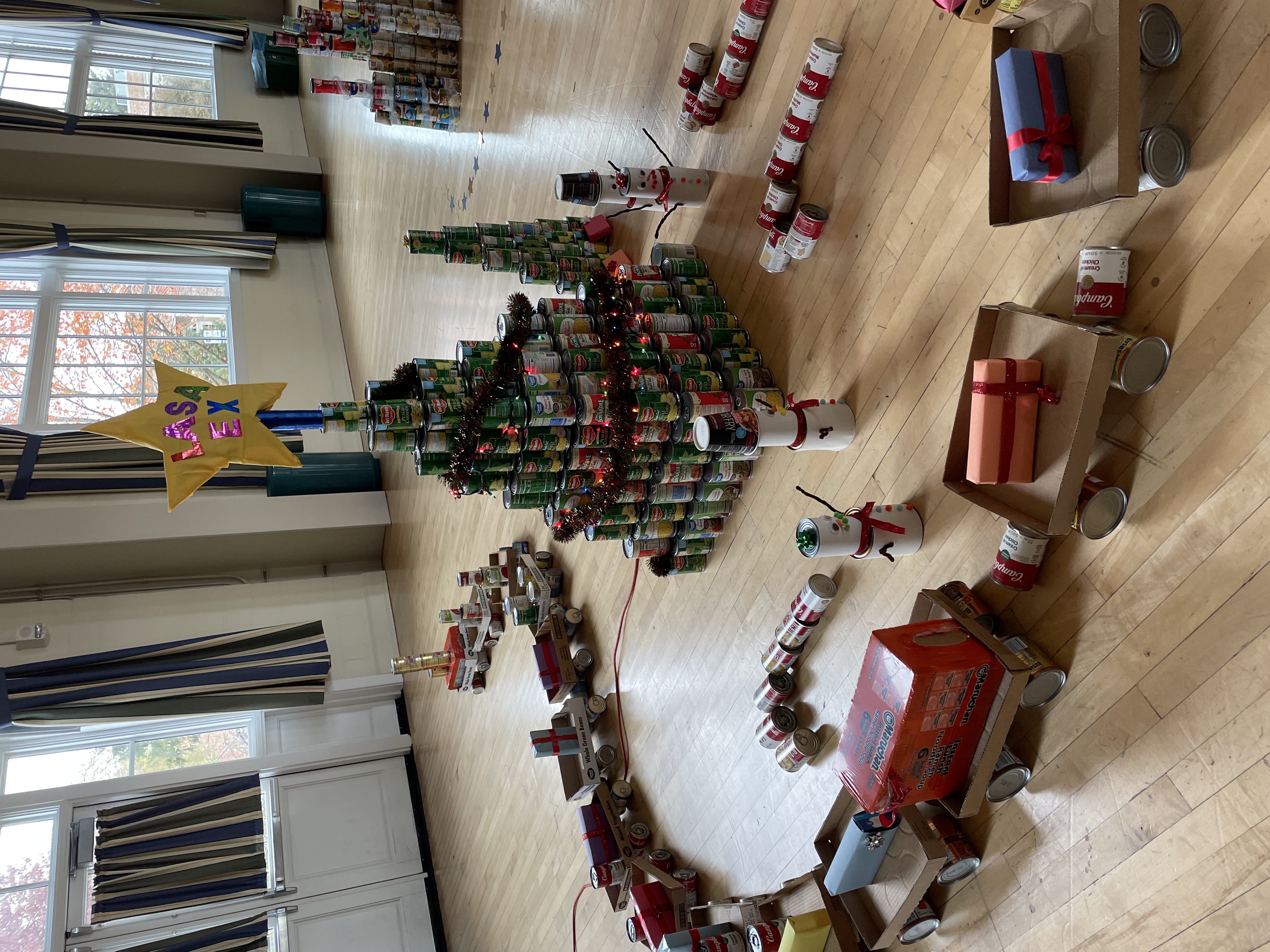