Home » Magazine » Behind the Scenes of Game Day

Behind the Scenes of Game Day 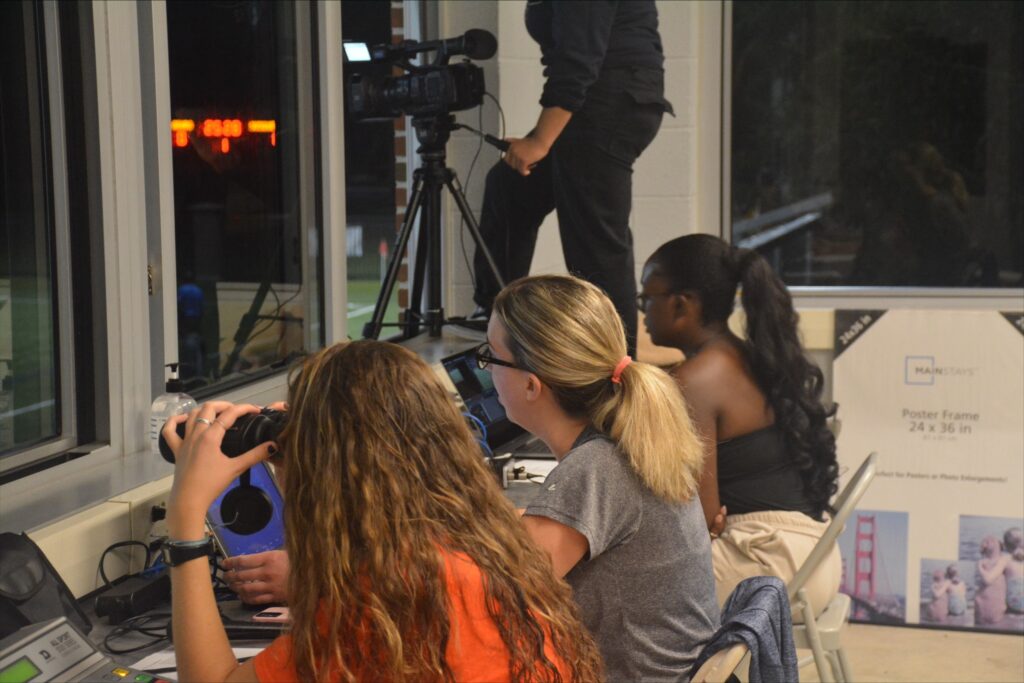 According to Jewart, the basics of game day preparation have not changed much in the last 60 years. Of course, technological advancement has required adaptation and opened up new opportunities for Athletic Communications, but taking and reporting statistics is still one of the primary tasks for Jewart and Mower, even if it’s no longer done with pen and paper. At any given game, one of them is behind a computer, plugging numbers into a program specialized for each particular sport and communicating with a spotter to ensure accuracy. While their eyes are always on the game to catch each and every play, they also are constantly multitasking to ensure all of the other game day jobs are being done efficiently.

Stats are only the beginning, though. Jewart went on to describe the other numerous “miscellaneous things” that go into game day preparation. The rosters and starting lineups for both teams have to be correctly set in advance, announcements have to be made on social media, and games have to be sufficiently staffed.

Jewart and Mower currently employ a group of 34 students who are crucial in helping run game day operations. These students are involved in posting score updates on Instagram, taking pictures, working the scoreboard and game clock, operating the camera, and helping record stats. The amount of workers required per game varies based on demand, according to Jewart: “It ranges from two to three people to do a baseball game to eight, nine, or ten for football or men’s lacrosse,” he said. Seven of these student workers also help out in the office, doing more behind the scenes work such as writing player bios, making graphics, and inputting statistics.

Perhaps the most important facet of Athletic Communications in recent years, though, has been live streaming. Jewart explained that when his team started to dabble in live streaming in 2008, the process looked much different.

“It was very basic,” he said, “running a miniature camera feed into a laptop. The resolution does not even compare to what it is today; if we do less than 1080p now, we get called out on it.”

That former spartan setup has evolved into a complex arrangement of “the latest and greatest” cameras (sometimes two to have multiple angles of gameplay), the computer program that facilitates the production of the livestream, and the many “dongles” and wires needed to connect it all and make the magic happen.

Not every fan can make it to every game, so giving family and friends of Gettysburg or other Centennial Conference student-athletes the ability to watch the game wherever they are is an important service. Jewart remarked that his team’s live streams have been very successful.

“You’re talking upwards of 1,000 viewers for some of them. We’ve set the conference record with over 8,000 viewers for Gettysburg against Salisbury in men’s lacrosse. We also have the women’s record with over 6,000 viewers. We reach a lot of people in a short amount of time when we live stream, and that’s the easiest way to get the branding and messaging across from the institution.”

When people watch a live stream from Gettysburg’s Athletic Communications team, they can expect a high-quality product, including on-screen graphics, instant replays, and live commentary from current or former students who know the ins and outs of the game being played.

Even if a fan does not have the time to watch a live stream, they can periodically check the Bullets athletics Instagram or Twitter page for score updates and game highlights.

“Something that’s obviously been huge in the last ten years is social media,” Mower said. “That’s where our student-athletes go to see their goals scored. They want to see their success posted.”

Jewart and Mower are also responsible for maintaining the Bullets athletics website, where one can find all of the sports information they could ask for: individual game recaps for every competition, box scores and statistics from current and past years, stories and news updates, student-athlete pictures and bios, team rosters and schedules, and much more. Additionally, one of the first places that potential recruits and their families explore is the athletics website, so maintaining it becomes especially important for the future of Gettysburg athletics.

While the number of hits took a dip during the pandemic, Jewart said that they usually have over two million visitors to gettysburgsports.com per year.

When asked whether their work was pivotal to the success of Gettysburg athletics, Mower affirmed that she and Jewart “definitely play a crucial role.”

“I don’t think many people really know what goes into it. They don’t see all of the behind-the-scenes stuff that we have to do in order to make all 24 athletic teams be successful.” 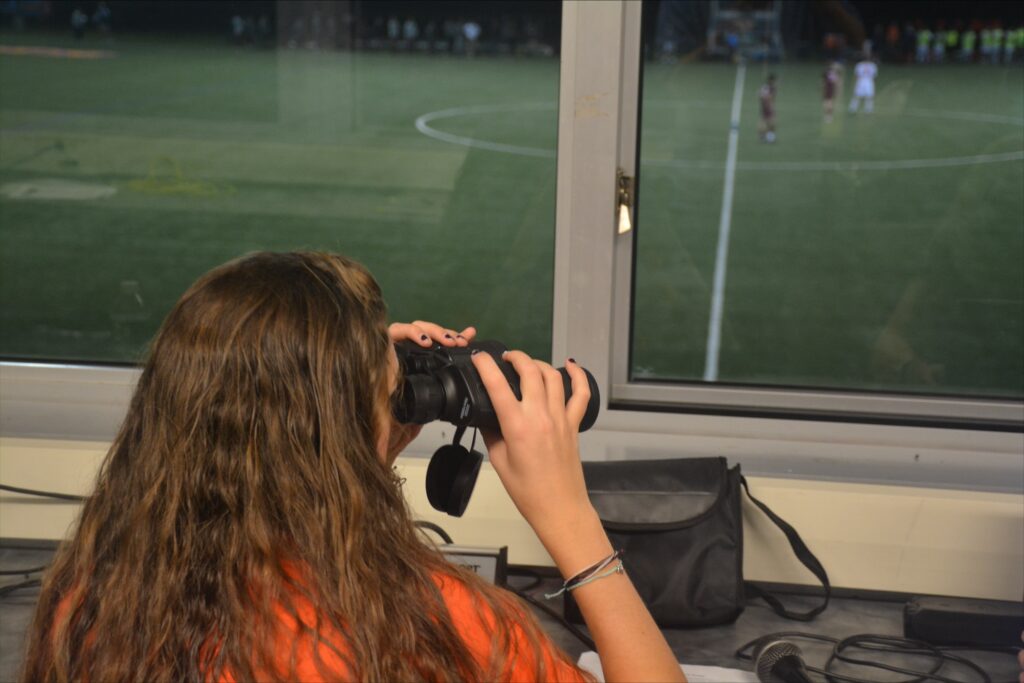 Furthermore, both Mower and Jewart argue that being in Athletic Communications on the Division III level introduces another level of challenges. Larger DI or DII schools may have ten to fifteen full-time employees in Athletic Communications, people with communications degrees that are looking to earn a job in the field.
In contrast, Jewart and Mower are “relying on student workers … many of whom probably do not have an interest in going into Athletic Communications. We rely on them to be able to balance the demands of a Gettysburg College student with the work we give them, and we often have to train them during the job.”

In spite of these challenges, both Mower and Jewart find their jobs extremely rewarding. Mower emphasized that “everyone needs communications experience in whatever profession you’re in. There are many different skills you can learn from Athletic Communications that you can apply in any field, like time management and multitasking.”

Mower also thoroughly enjoys watching the teams compete and seeing their growth and improvement over the years. In her first year at Gettysburg, the women’s soccer team missed the conference playoffs. The next year, though, they not only got back into the conference playoffs, but they earned an at-large bid to the NCAA Division III Tournament.

“It was awesome to see the accomplishment,” she reminisced. “At the end of the day, it’s all about the student-athletes and the coaches; we’re just here, behind the scenes, to promote their success.”

Both Mower and Jewart are also ecstatic to see a return to a semblance of normalcy on campus and in athletic competition. All teams have been impacted at some point by the pandemic, and it is exciting for them to see everyone back out on the field.

“To see the energized, reinvigorated student-athletes out there competing each and every game is invigorating for us as well,” Jewart emphasized.

Athletic Communications is a dynamic, demanding, but also rewarding field to work in. What Corey Jewart and Jennifer Mower do for Bullets athletics is essential towards the teams’ successes, and their work creates a community that engages student-athletes and coaches, their family and friends, and all fans of Gettysburg athletics.

This article originally appeared on page 22–23 of the November 1, 2021 edition of The Gettysburgian’s magazine.