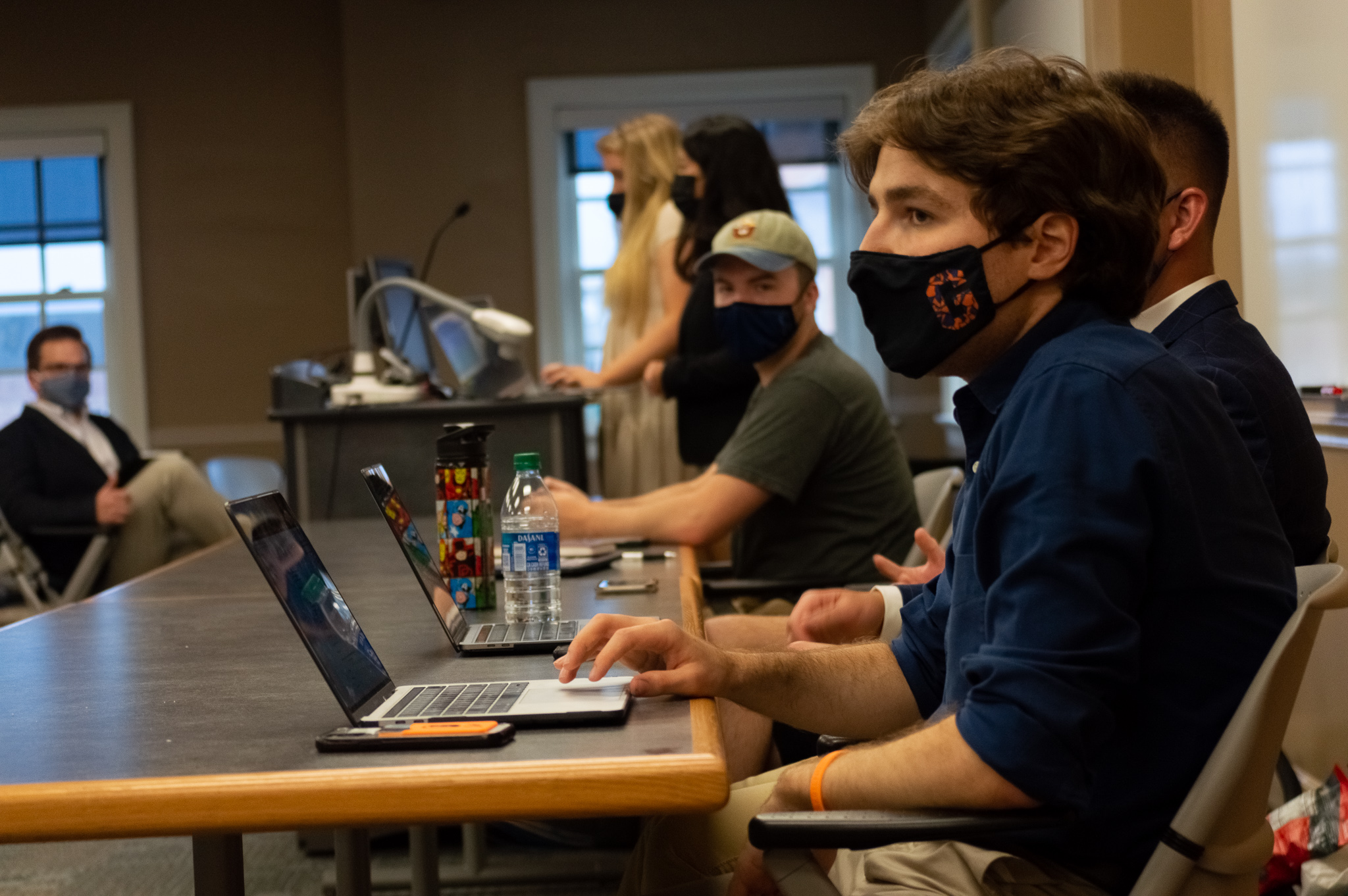 On Monday night, Student Senate held their first meeting of the semester with the new executive board. After President Syd Quan ’22 called the meeting to order, Secretary Evelyn Datte ’24 took roll.

Quan started by instructing the group to maintain a level of general respect during Senate meetings. “I absolutely respect your different opinions, and you’re allowed to have your own opinions,” she said. “But, please say it in a professional manner, or the moment you lose respect for each other I will be kicking you out of this room.”

The meeting shifted to treasurer updates from Connor Heath ’23, who will provide a detailed budget update for Senate next week after the final budget is out this year. Heath serves on the Budget Management Committee, and reminded clubs to use their budget and re-register on engageGettysburg. Datte reminded clubs of the same in her secretary report.

Parliamentarian Jack Comegno ’24 encouraged the group to bring their ideas for policy changes to him. Inclusion Officer Alexandros Economou-Garcia ’22 will be sending an email with a call for Inclusion Committee members. The Committee will operate on a first come, first served basis, and includes seven voting members.

Director of Student Activities and Greek Life Jon Allen gave a reminder that the Activities Fair registration is live on engageGettysburg, with a deadline for Sept. 10 by 5 p.m. ahead of the Sept. 14 fair.

Allen announced that the CUB table has moved from the lobby to Stine Lake in response to traffic concerns in CUB. The rain venue is still the CUB lobby; most times, organizations will be outside barring poor weather at points during the semester.

For new business, Quan proposed an agenda flip to maximize attendees’ time. She suggested the following order of operations: a slot for a guest speaker, committee reports, budget requests, club reports and announcements, and student concerns, followed by dismissal for those not present for Senate-specific matters—namely club representatives. The remainder of the meeting with voting members and anyone else who chooses to stay would consist of old business, new business, and adjournment.

“I understand that Senate is not everybody’s first priority,” Quan said.

She earned a vote of confidence and the agenda flip was approved.

After more reminders about elections for senator, committee chair, and upper-class senators, the board chose to table affinity group leader elections until Sept. 13 to allow students further opportunity to register. They encouraged first-year students to run for senator and attend meetings.

No student concerns came up prior to adjournment.