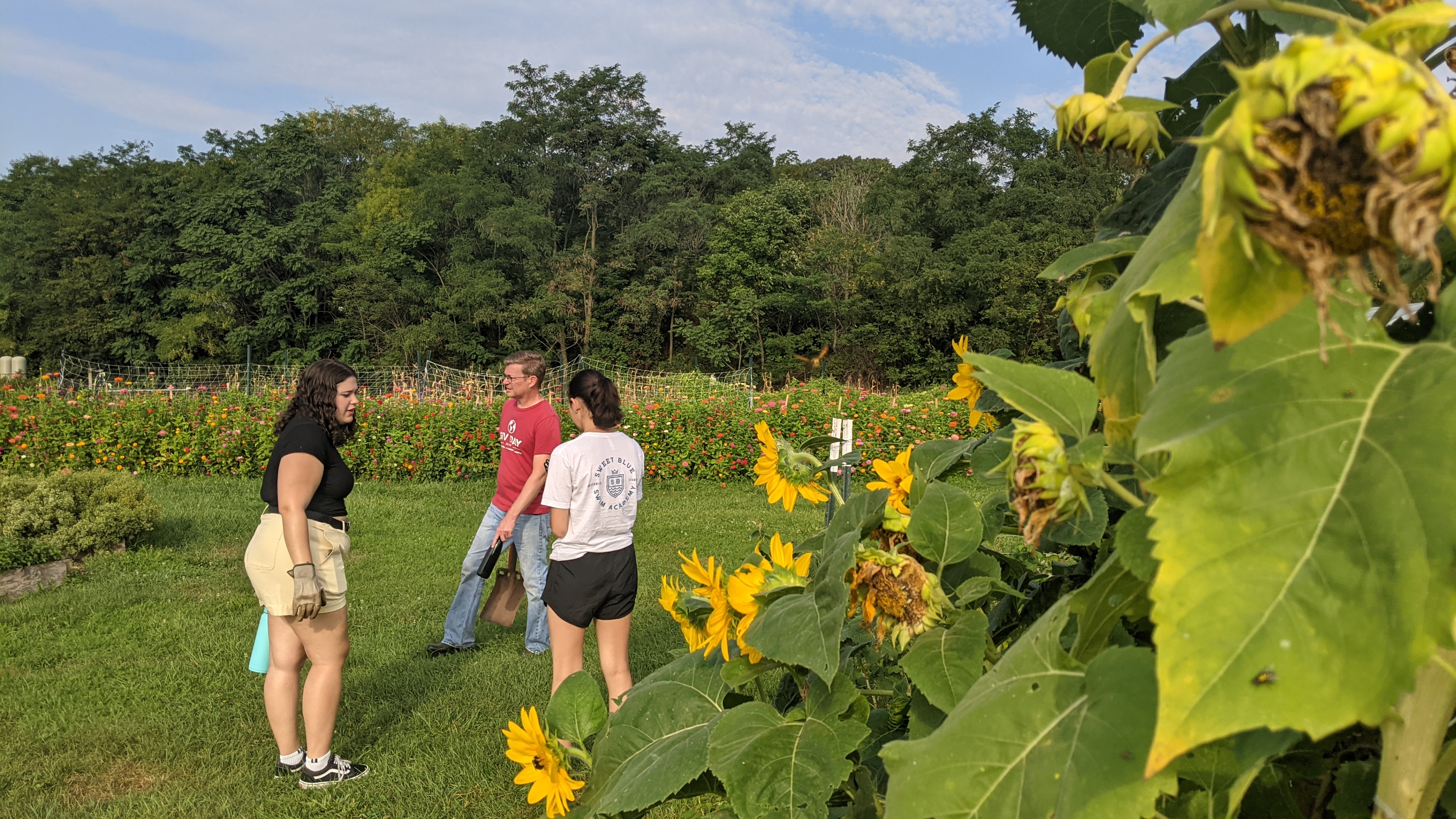 On the Friday of First-Year Orientation, first-year students had the option to give back to their new community through the Center for Public Service’s (CPS) Gettysburg is Volunteering (GIV) Day. The event lasted from the morning through the afternoon, with students dispersed at various community partners throughout town to have a hands-on service experience.

Students began in the Ballroom with a brief introduction from the CPS staff before dispersing to their various community partners. Some moved to the College’s backyard, where the Painted Turtle Farm sits right behind West Building. The sun blazed on CPS Director Jeff Roiux and CPS Coordinators Anna Bochenek ’22 and Emma Fee ’22 as they led first-year students through weeding, harvesting, and cultivating the farm. 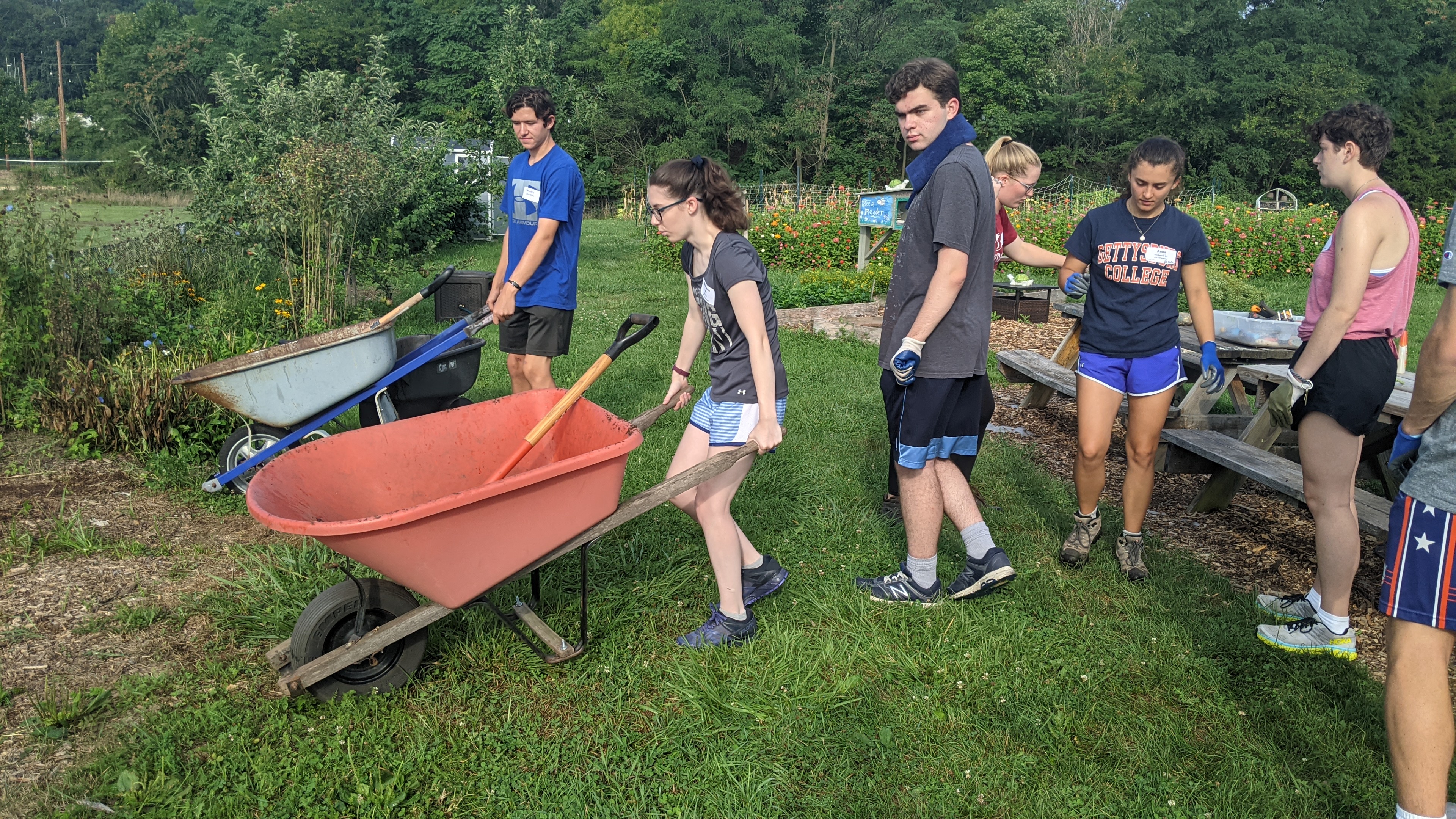 Bochenek said introducing students early on to community service opportunities through CPS invites them to continue to give back and immediately feel more connected to their community in a tangible way.

“We’re getting people involved early on with CPS,” Bochenek said, “and get to know the whole community outreach aspect of CPS.”

Fee and Bochenek read Robin Wall Kimmerer’s Braiding Sweetgrass to prepare for their role with CPS. Through the book, they learned the importance of becoming indigenous to a space. “I think making a place home is sort of a process,” Bochenek said. “[Our goal is to] get people to put both feet in and start investing in the community.”

Down the road and up a hill, students made their way to a lookout tower on the battlefield grounds. There, they weeded and maintained the land as instructed by members of the National Park Service (NPS).

George Martin, an NPS community partner, oversaw the event and explained the mission of cutting back weeds to make the oak trees in the area less overgrown like they were during the Civil War. “[We’re] just trying to keep the brush cut down at a couple of monuments,” he said. That’s about it, just trying to keep the vegetation down.” 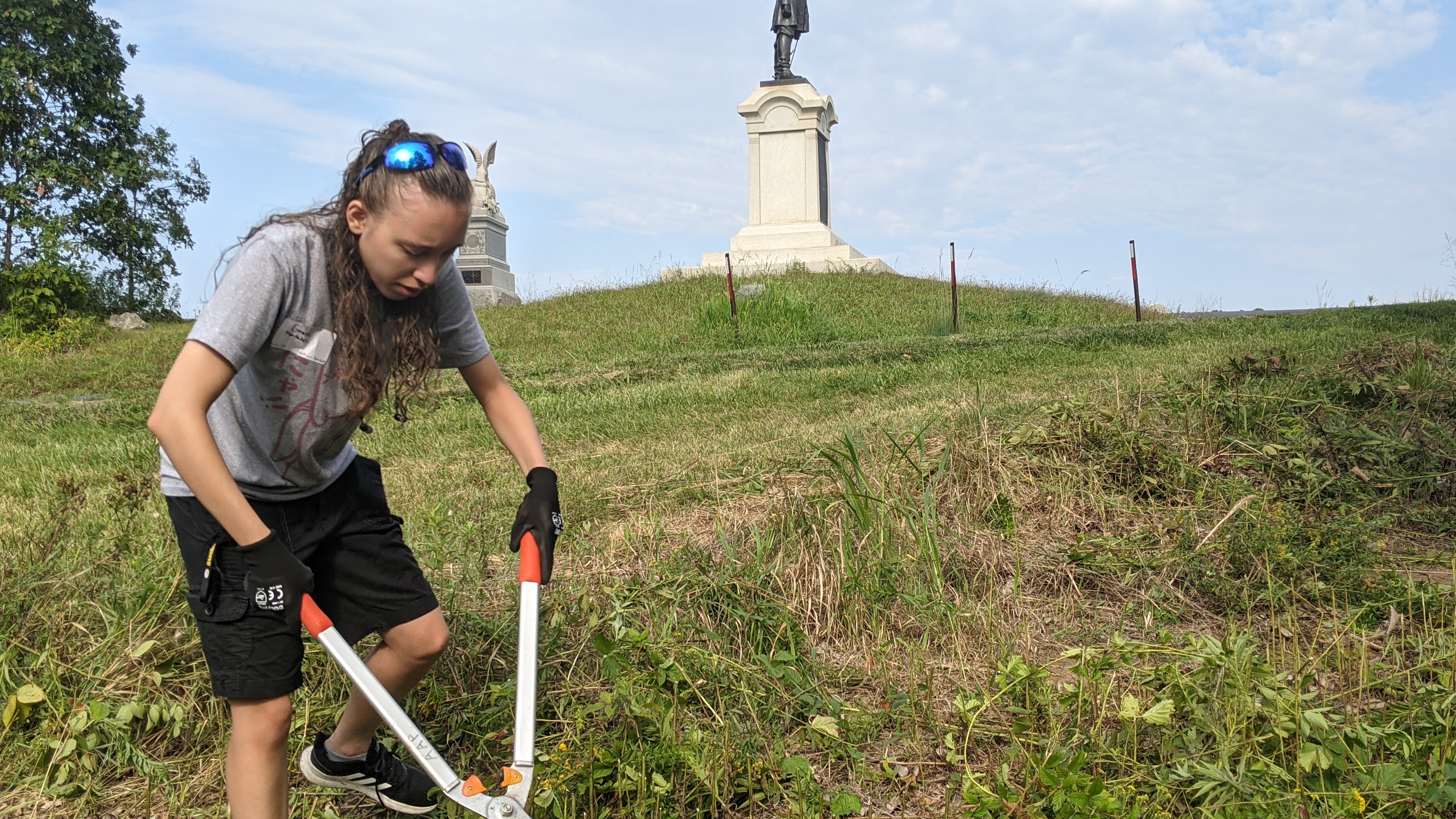 CPS volunteer Allie Charney ’22 found the experience to be important for first-years looking for service and to connect with others: “It’s a very unforced way of socializing, and it kind of breaks up their orientation,” she said. “It’s just really nice to give back to the community where they’re going to spend their four years.”

Sydney Lopresti ’25 felt the connection to the community and other Gettysburgians. “At home, I did a lot of volunteering, so I wanted to continue that here,” she said. “And then I also felt like this would be a really good opportunity to meet people that I haven’t met yet.”

Students connected with various community partners for GIV Day, including the following:

This marked the 28th year for GIV Day, which annually connects first-years with upper-class students and teaches them about social justice initiatives in addition to community service.