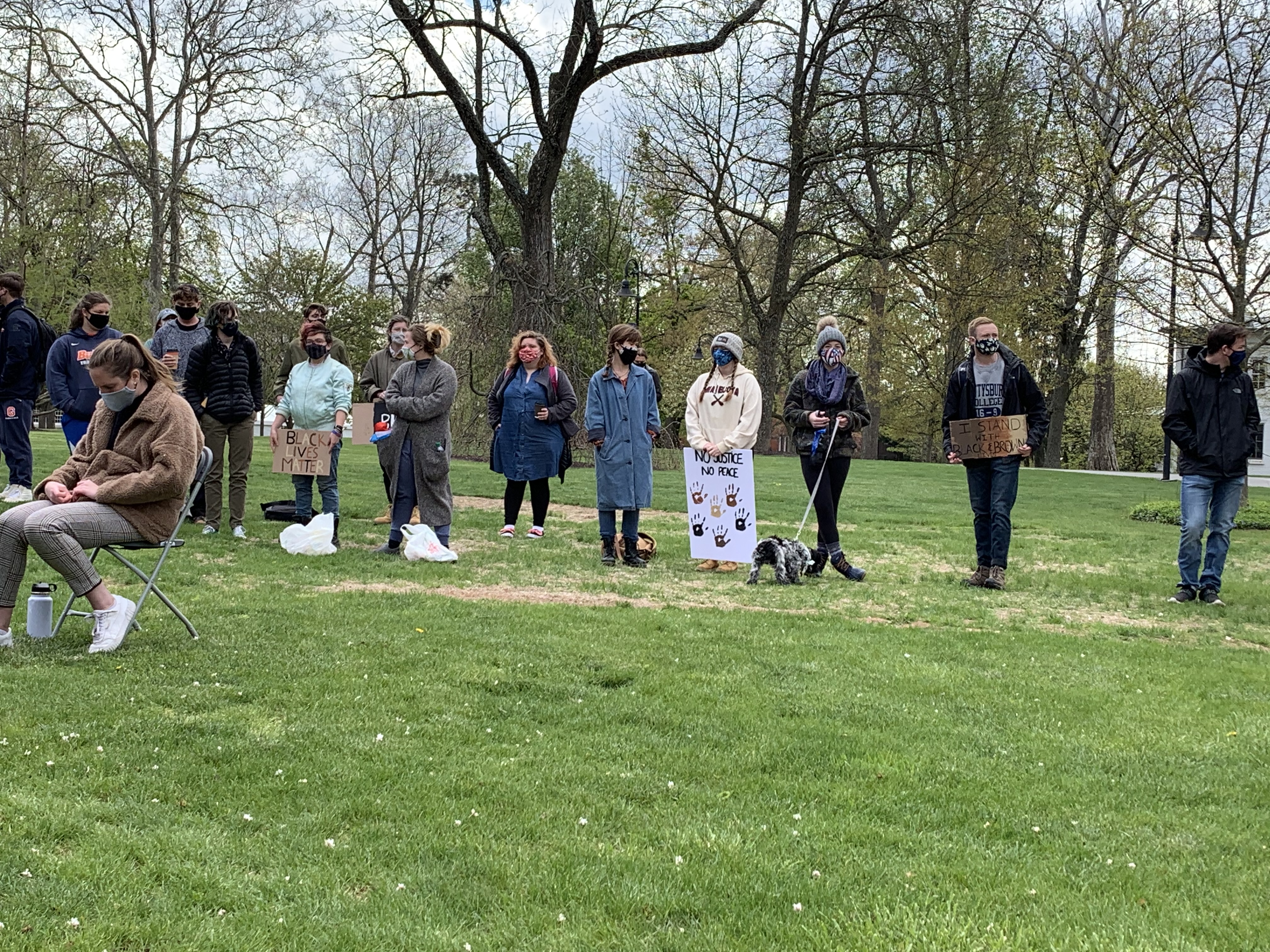 On April 22, Gettysburg College students, faculty, and administrators gathered at the Peace Pole at noon to address the verdict that found Derek Chauvin guilty of killing George Floyd. Students stood with cardboard signs that read “Black Lives Matter” and “No Justice, No Peace.” The event was titled: “Stand in Power: Reflections on Structural Racism and The Chauvin Trial.”

Student Senate Inclusion Officer Daniel Jones ‘22 introduced the event and each of the speakers.

College President Bob Iuliano reflected on the murder of George Floyd and how it is important for members of the Gettysburg College community to stand up for justice.

English Professor McKinley Melton reflected on the murder of Ma’Khia Bryant in Columbus, Ohio, which had occurred two days prior to the event. He spoke about how he watched a city that he considered a home face an unimaginable tragedy.

Interim Chaplain Elizabeth Eckman reflected on her experiences of racism in the town of Gettysburg and offered a prayer.

President of the Black Student Union and house leader of Diaspora House Kayode Balogun ‘22 questioned the crowd: “Now what? What now?” He echoed sentiments of this verdict not as a form of justice, but accountability. 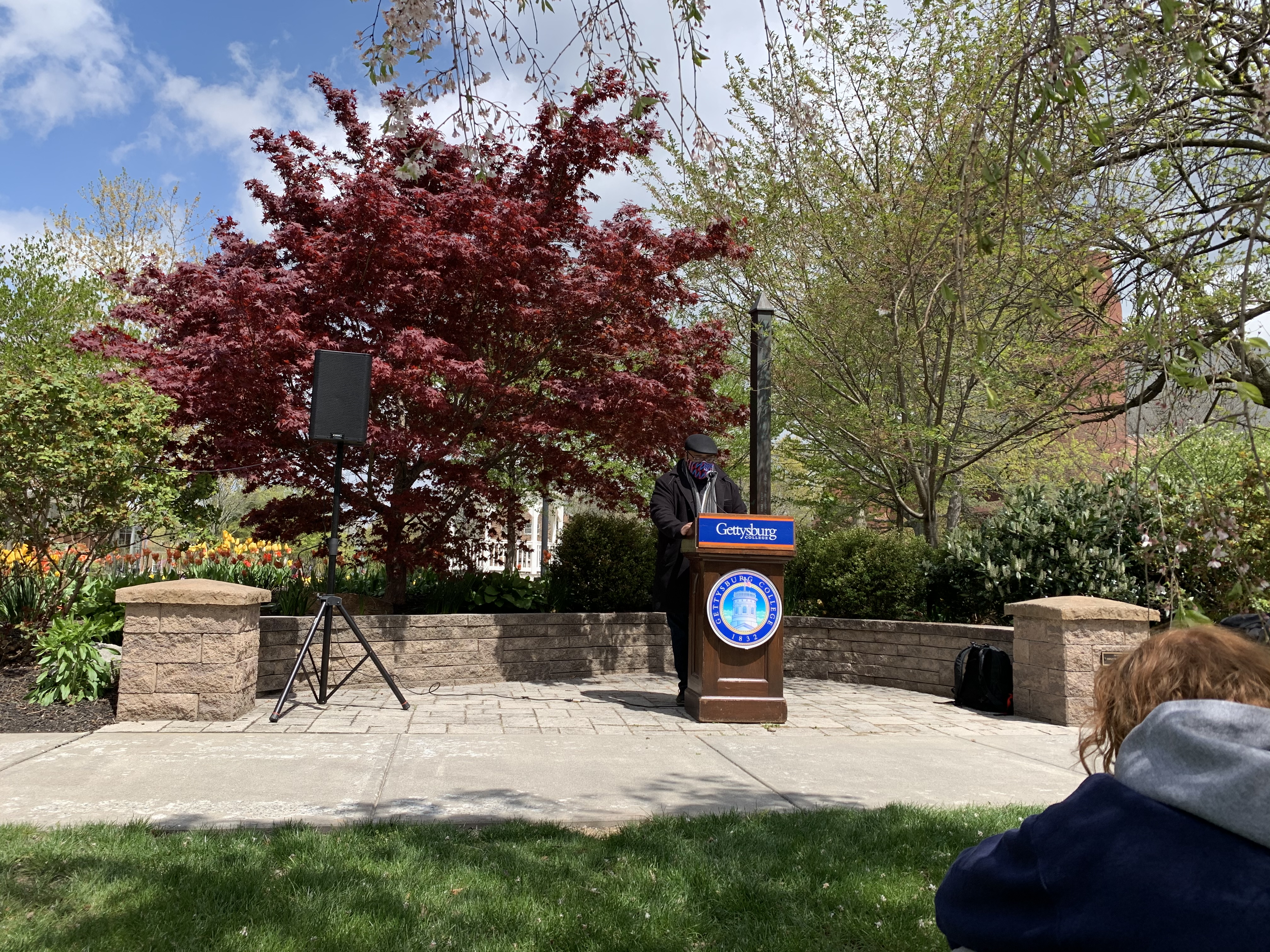 Africana Studies Professor Hakim M. A. Williams reminded the crowd that it was Earth Day and wondered when individuals will stop taking things from the earth.

History professor Scott Hancock spoke about how this verdict was not an example of how the justice system succeeded, but how it failed. He noted that real justice would be dismantling systemic racism. He requested that the audience not clap.

Jones then opened the floor to remarks from the crowd. Grace Verbrugge ‘22 spoke about her experience as a resident of Minneapolis and the protests and subsequent police brutality that she witnessed in the streets after Floyd’s murder. Hassan Williams-Kone ‘21 spoke about the fear he has for his younger siblings and himself. He, like Hancock, requested that the crowd not clap.

Jones concluded the event by thanking the group for joining in this brave space. He reminded people that the “core goal of this event is to ensure that the College dedicates itself to immediate structural and pedagogical change following today.” He questioned the college’s commitment in stopping the bias incidents and hate crimes, as the only evidence he sees is encouragement to take the Intercultural Development Inventory.

Jones closed by urging people to not let the event “become yet another display of black pain and black suffering for the college to endorse and enfranchise” but rather a springboard for real change.